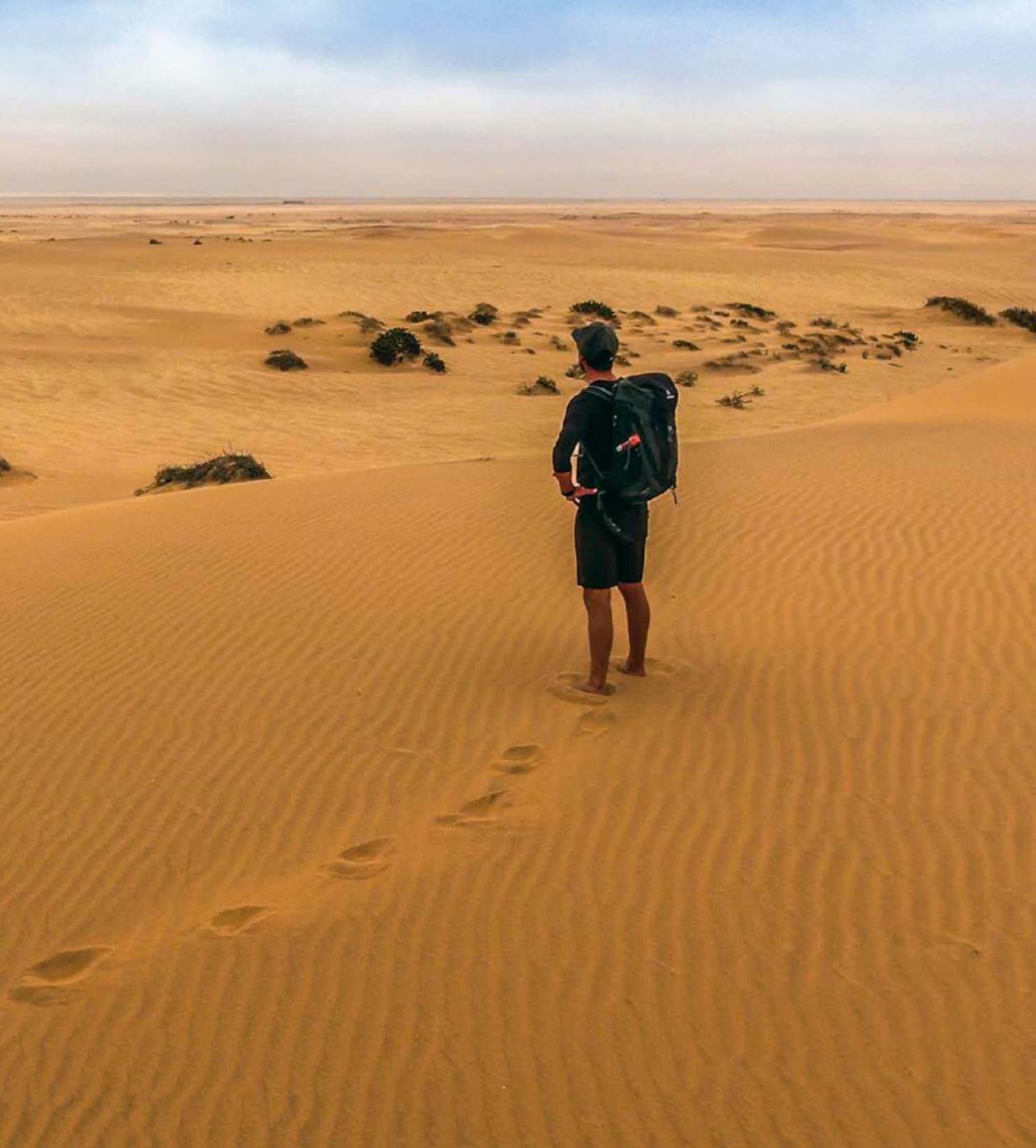 Could you run 4,000km across four African countries? This man did.

LAST APRIL, Johannesburg-born endurance athlete Gaven Sinclair returned from a 4 000km trail run across South Africa, Mozambique, Botswana and Namibia. The adventure took the 45-year-old seven months to complete, given minimal logistical necessities and budget and on the terrain he would cover, and he tackled it alone and unsupported. Why? To help fund an organisation that traces missing children.

It wasn’t Sinclair’s first solo adventure for this cause. Before that, he had cycled from Cape Town to Cairo; and although it’s been only a matter of months since he completed his mammoth run, he’s already begun to prepare for a 300km ocean swim off the coast of Mozambique. Together, all three of his adventures will make up the longest triathlon in the world.

Let’s be honest: most of us couldn’t even fathom running that far. Not only would you need the right physiology and endless hours of training; you’d also have to be willing to undertake serious risk, and give up a lot that most people take for granted.

Why does Sinclair feel compelled to embark on these adventures, when there are less extreme ways of raising money for charity?

Sinclair grew up on the outskirts of Johannesburg, far from the city.

“When I was five years old, my parents bought me a small-scale scrambler, an off-road bike with automatic gears,” Sinclair recalls. “The moment I realised what the throttle allowed me to experience and feel, I was drawn to the adrenaline high.”

“Through fearlessness, I began to understand the relationship between my perceived limitations and what I was actually capable of achieving.”

Sinclair spent 18 years working in the corporate sector, and in his early 20s he was a managing member of a small business and a partner in a magazine called Night Life. But this didn’t satisfy him for long. Six years ago, he left financial security behind to focus on life coaching and motivational speaking, and became a self-described ‘professional adventurer’.

In preparation for his 4 000km run, Sinclair did resistance training on the beach, which involved running while pulling a tyre, or while carrying a 10kg weight on his shoulders.