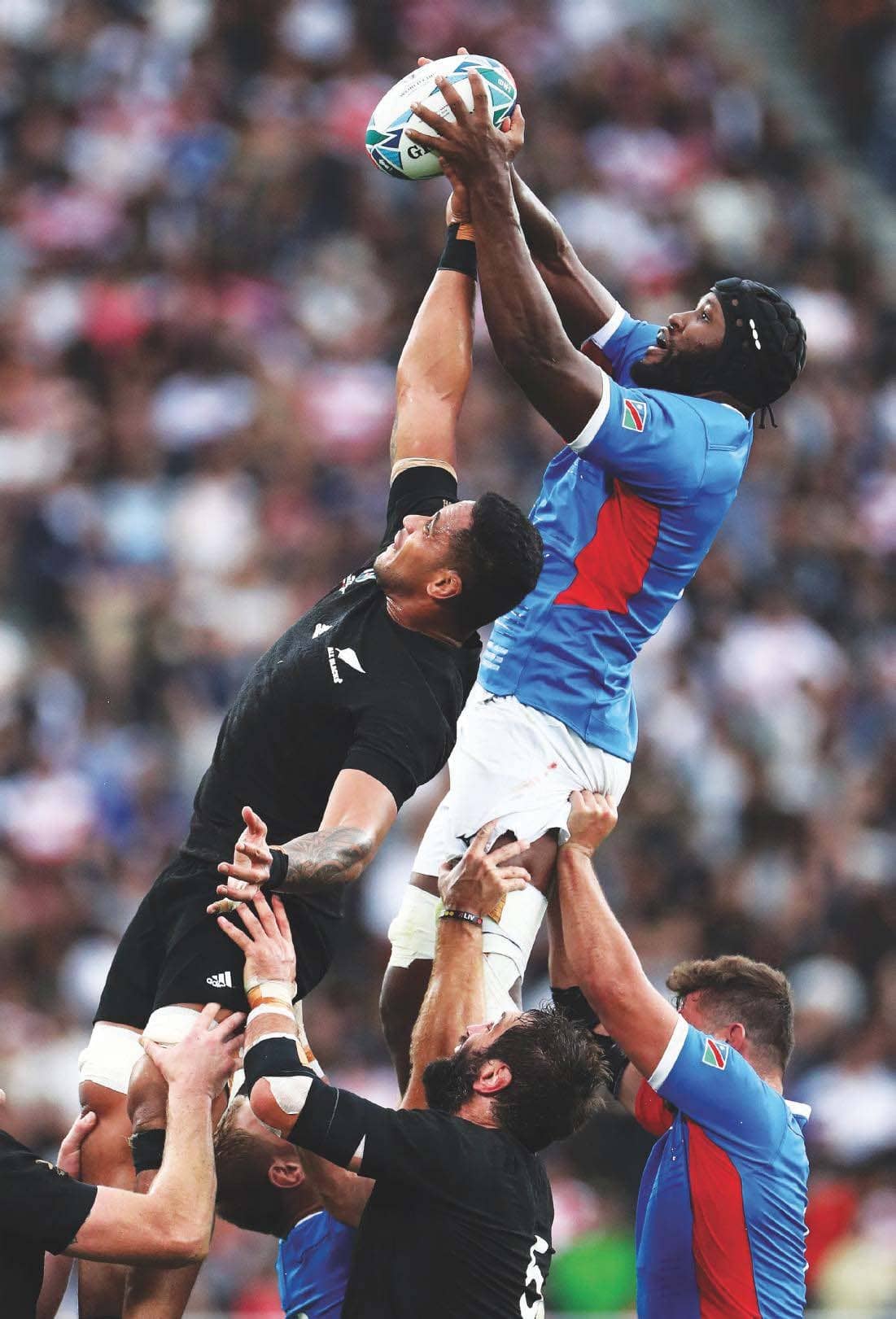 THE LINEOUT nause: the player or coach who pores over hours of footage of throws and jumps, assesses different variations, works out new ways to outfox opponents at the set-piece. Steve Borthwick is one of the most well known, Paul O’Connell. In the current Namibia set-up, it’s Tjiuee Uanivi who fits the bill.

No one won more lineouts during the pool stages of the 2015 World Cup than Uanivi, the lock leaping to secure possession 27 times in four matches. New Zealand was made aware of his prowess in that particular facet when he stole two of their throws in their match at London’s Olympic Stadium.

Four years later he was at it again, winning an incredible nine lineouts against the All Blacks when they met in Tokyo in Pool B – that’s more than all the other players on the pitch combined.

“He’s got a good strategic mind in relation to the lineout,” says Namibia coach Phil Davies. “He’s very quick, very athletic, and his lineout work is his biggest strength.