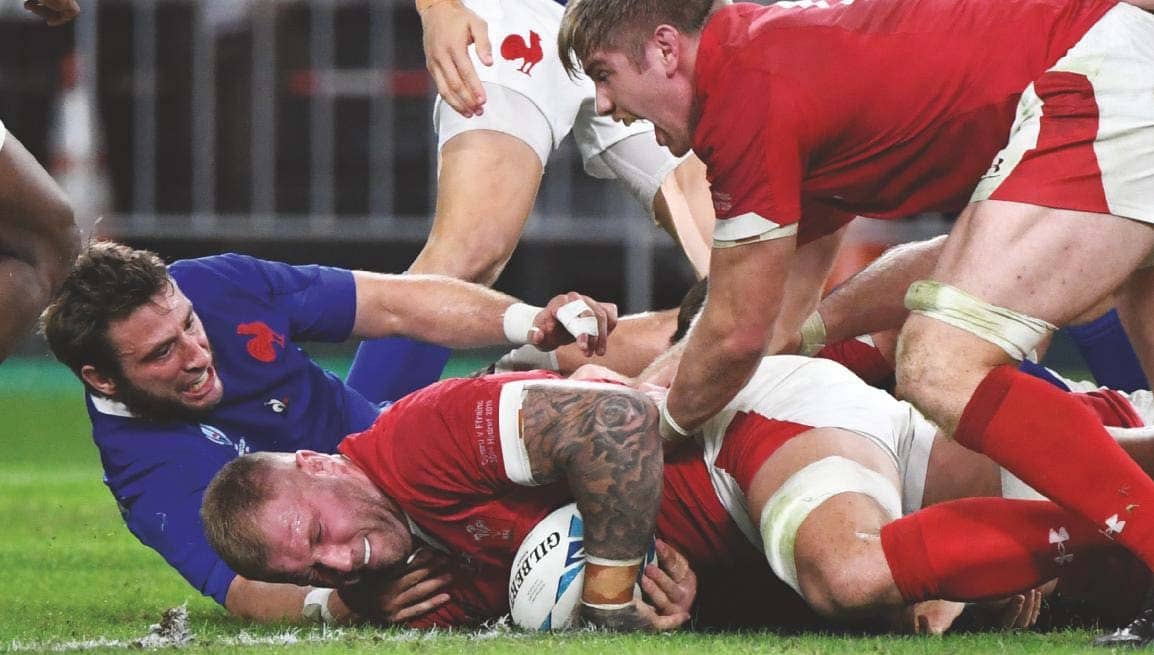 Our former elite official breaks down a complex point of law

AT A CRUCIAL POINT in this year’s World Cup quarter-final between Wales and France, Tomos Williams ripped the ball from the arms of Charles Ollivon, some five meters from the French line after a driving Welsh scrum.

The ball popped up into the arms of Justin Tipuric, who gave it on to Ross Moriarty for the deciding score. Referee Jaco Peyper checked with the TMO that there was no knock-on and, correctly, they agreed the ball had been ripped back and not knocked on.