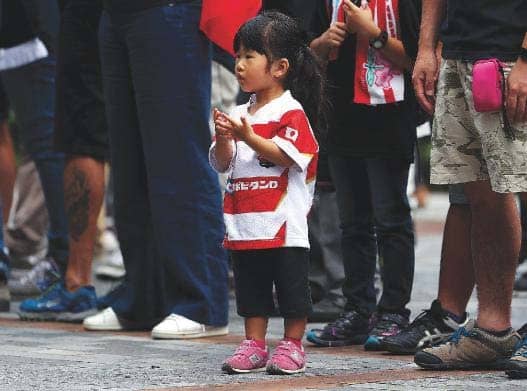 BACK IN July 2009, I was in the Dublin hotel room when Japan was awarded the right to host the Rugby World Cup in 2019. I’d been involved in the analysis of that bid but I then had six years as the head of the Rugby World Cup. So I’ve been involved throughout, which has been fascinating and at times frustrating, but also incredibly rewarding. There have been ups and downs.

The opening night was huge. So was the Uruguay v Fiji match in Kamaishi. It was a venue our team visited back in January 2015. At that point, the new Olympic Stadium in Tokyo was still supposed to be the showcase part of the tournament – obviously, that didn’t come to fruition. But we went to Kamaishi to see what was just a field and they told us their story, about the devastation of the tsunami in 2011.

I think they had zero expectations of becoming a host venue, but we were moved by their story and what rugby means in that area. And we’re not like the FIFA World Cup, we don’t need 50- to 60,000-seater venues for every day.