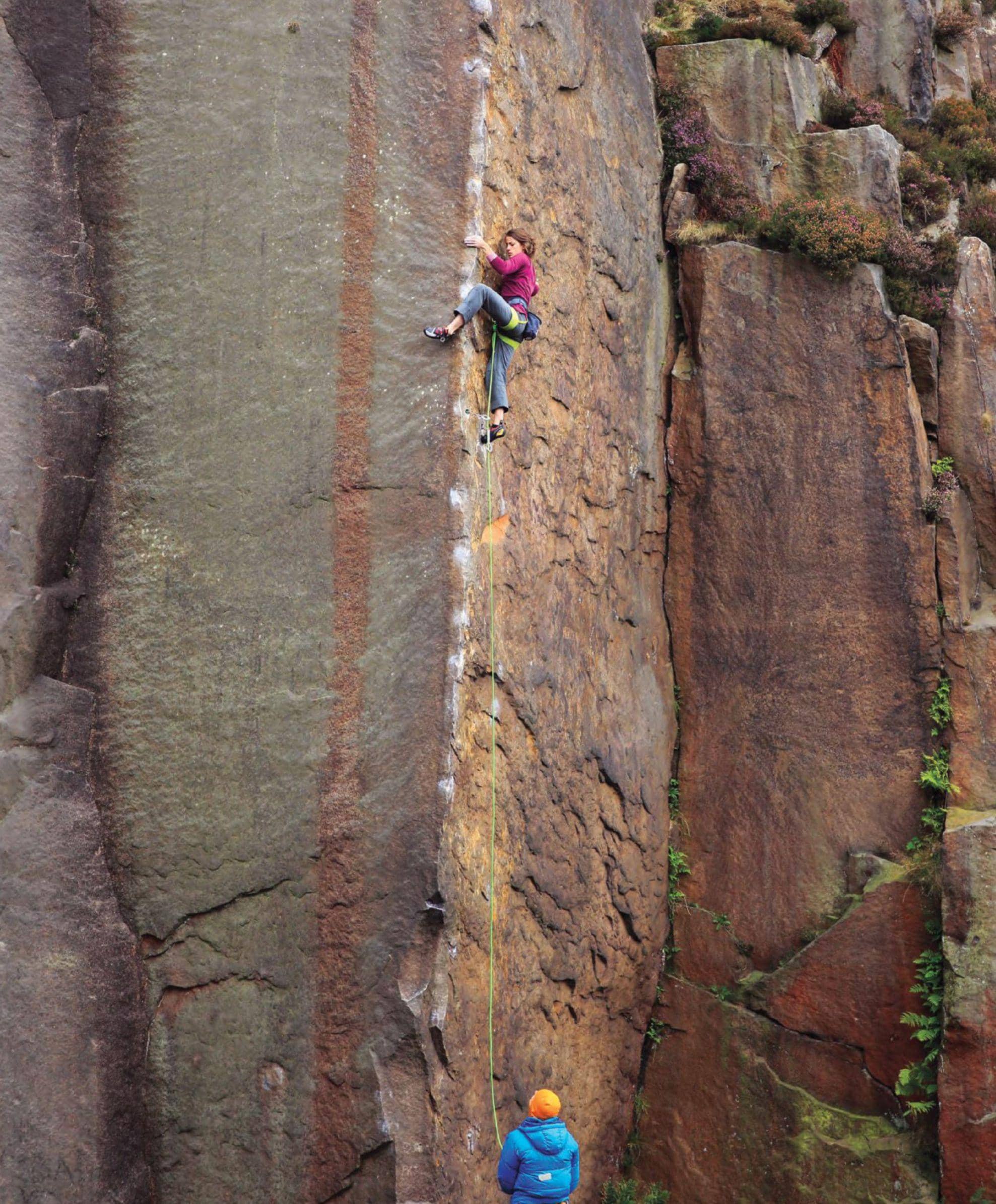 WE DEFINE OURSELVES AS CLIMBERS, BUT IS THAT GOOD ENOUGH?

I don’t want any climbing I do to be squeezed into little crannies of time and disrespected. When I do climb it is with joy and freedom. It’s probably been November since I last had a blockbuster day on rock. I bought shares in a friend, John’s, plan to put a date in on a calendar, drive out to a remote moorland outcrop miles from anywhere, long hike included, and attempt a route of some local mythological value. The day came, colder and more drizzly than expected, but John kept a straight face and we went anyway.

Last Temptation (E6 6c). I had seen first-ascent photos in the mags way back when Dave Pegg did the first ascent, and there was something about the way Dave had placed his body around the short, overhanging crack that was mesmerizing. It looked so hard and beyond me but still I knew the joy of a mission, even a failed one, so went along.

On the way we plotted where our hopes lay, where our ethics lay, and bent the ethics in the direction of our hopes. I’m not sure that’s how ethics are meant to work, but John got up the route pretty quickly, and as the last light was sighing out of the bleak winter sky I hauled myself up it. I was pleased. Despite the abseil inspection, preplaced runners, first nut pre-clipped, three previous falls and a mini slouch on the actual ascent that may or may not have weighted the runners, I had made a pretty good-style ascent of this eight-meter cracklet.

But it was definitely a cool tick, and we buzzed off it. Unusually, John had filmed me on his iPhone. I had never seen myself climb before, and was surprised to see that I didn’t look as shit on rock as everyone says I do.