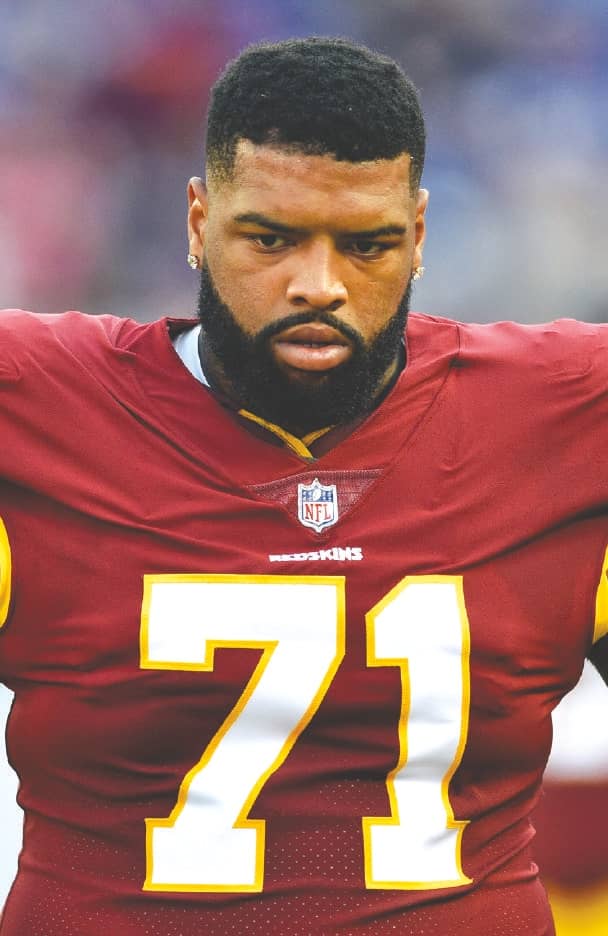 The Redskins couldn’t take the noise anymore. They gave away a disgruntled seven-time Pro Bowl left tackle for essentially a bag of balls.

The final sin of Bruce Allen’s reign of terror.

Just eight months after offered a first-rounder for Trent Williams, the Redskins sent him to the San Francisco 49ers for a 2020 fifth-rounder used for reserve center Keith Ismael and a 2021 third-rounder. All because the Redskins bungled the trade-day market and let San Francisco that was also fresh out of options with its tackle Joe Staley retiring get away with one of the bigger threats outside of a bank heist.

The deal should have netted a 2021 second-rounder given teams pay one round higher when a year later. Instead, it was a fourth-rounder moved to a third. A fourth and fifth for a starting left tackle?

“Obviously, with the Trent stuff, it’s been a long process,” said Kyle Smith, Redskins vice president of player personnel. “You know, I think everybody is a little bit, you guys as well, think we’re all relieved that it’s over, that it’s done. From day one that we got into this, it’s a unique situation, where, a lot of different layers to it, and we did the best that we could. We opened it up to the agent to find a partner and all that stuff and finally, we’re to the point where it’s over, and we’re all moving in our own direction.”