Was draft a feel-good moment? 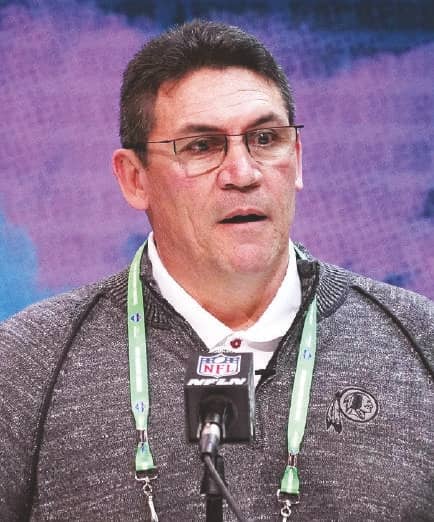 NO PRESSURE, NO DIAMOND

The Washington Redskins 2020 draft is in the books, and guess what? Everybody is happy. A wonderful draft. All future stars and solid citizens.

What kind of grade would I give it? An “A” or “B?” Might as well, given how meaningless draft grades are in the moment. You could make the case that it takes at least three years to give a draft class an honest grade – if that grade is supposed to translate to franchise success.

Since the Redskins have only had six winning seasons and four postseason appearances in the past 20 years, it is safe to say that none of those drafts could be given a passing grade, since they failed to add up to a foundation for organizational success. After all, that is the point. It’s not a fantasy football draft. But I’m sure at the time, many of them were celebrated – like this one has been.

It is understandable that before any of these players take the field for the Redskins, grades of success want to be ascribed to this draft. After all, Washington had the second pick in the draft and selected a so-called defensive generational player who is considered by perhaps every evaluator “can’t miss” – defensive end Chase Young.

His presence and the Redskins ability to draft him – instead of trading the high draft position for more picks – could arguably validate the draft class.