Mitchell remembered as one of the ‘greatest' 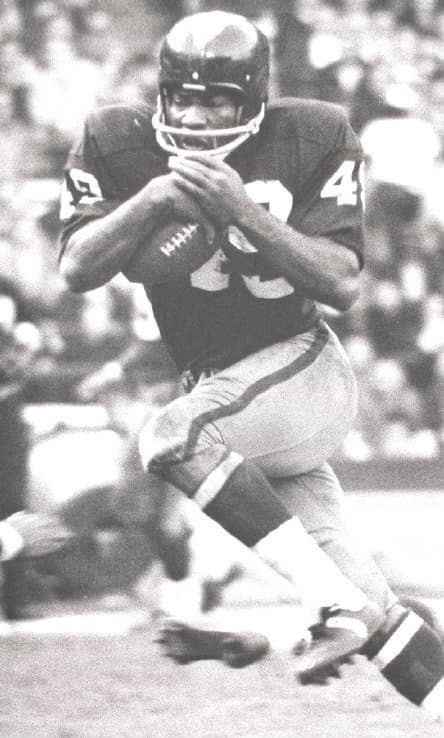 Bobby Mitchell never wanted to be remembered as the Redskins’ first African-American player when arriving in 1962.

Indeed, it’s debatable whether Mitchell truly was the first after the team drafted Ernie Davis the previous offseason and LeRoy Jackson returned the opening kickoff before Mitchell stepped on the field along with guard John Nisby.

But Mitchell’s greatness was never debated. He retired second in NFL career yardage as part of a potent Redskins’ offense of the 1960s that included fellow Pro Football Hall of Famers quarterback Sonny Jurgensen and receiver Charley Taylor plus tight end Jerry Smith. Mitchell was enshrined in Canton in 1983 and later named one of the greatest 70 Redskins and honored in the ring of fame by both Washington and Cleveland where he played alongside Jim Brown before traded to the Redskins.

Mitchell died on April 6 at age 84, leaving a legacy of 42 years with the Redskins that included scout and assistant general manager. His tenure made him one of the franchise’s most valuable people.

“I was extremely saddened to hear the news about the passing of the great Bobby Mitchell,” said Redskins owner Dan Snyder in a statement. “Bobby was a Hall of Fame player and executive and represented the Washington Redskins organization with integrity for over 50 years. His passion for the game of football was unmatched by anyone I have ever met. Not only was he one of the most influential individuals in franchise history, but he was also one of the greatest men I have ever known. He was a true class act and will be sorely missed. Our thoughts and prayers are with his wife Gwen and the entire Mitchell family during this time.”