Making best of a bad hand 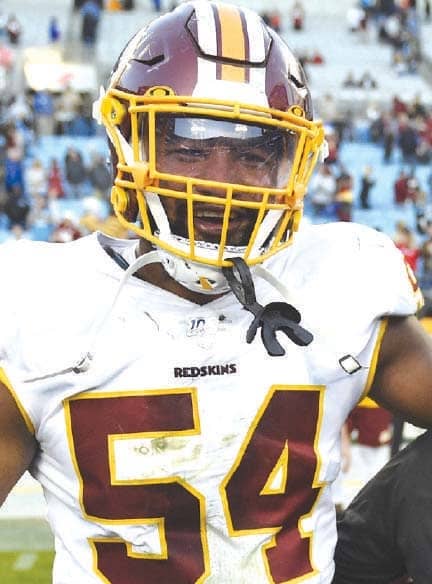 That could be the motto of a couple of Washington Redskins employees, interim coach Bill Callahan and linebacker Nate Orchard.

Yes, it’s unlikely that Callahan will remain head coach once the season is over. That’s the chalk opinion, that owner Dan Snyder will want to make a splashier move for his next coach, someone who will instill hope in the fans while encouraging them to part with their money and head back to dear old, mostly abandoned, FedEx Field.

But wait a second. Under Callahan’s direction, the Redskins owned a 3-5 record after their hard-fought, gutsy 20-15 loss at Green Bay in which back Derrius Guice (another knee) and quarterback Dwayne Haskins were injured. That’s an acceptable leap for a team that was 0-5 when coach Jay Gruden was fired and has been operating with a rookie passer.

He’s not flashy, but I’ve liked everything about Callahan since taking over for Gruden: the no-nonsense practices, the demand for extra work, practicing during the bye week, verbally raking players over the coals for their lack of commitment prior to a recent game.