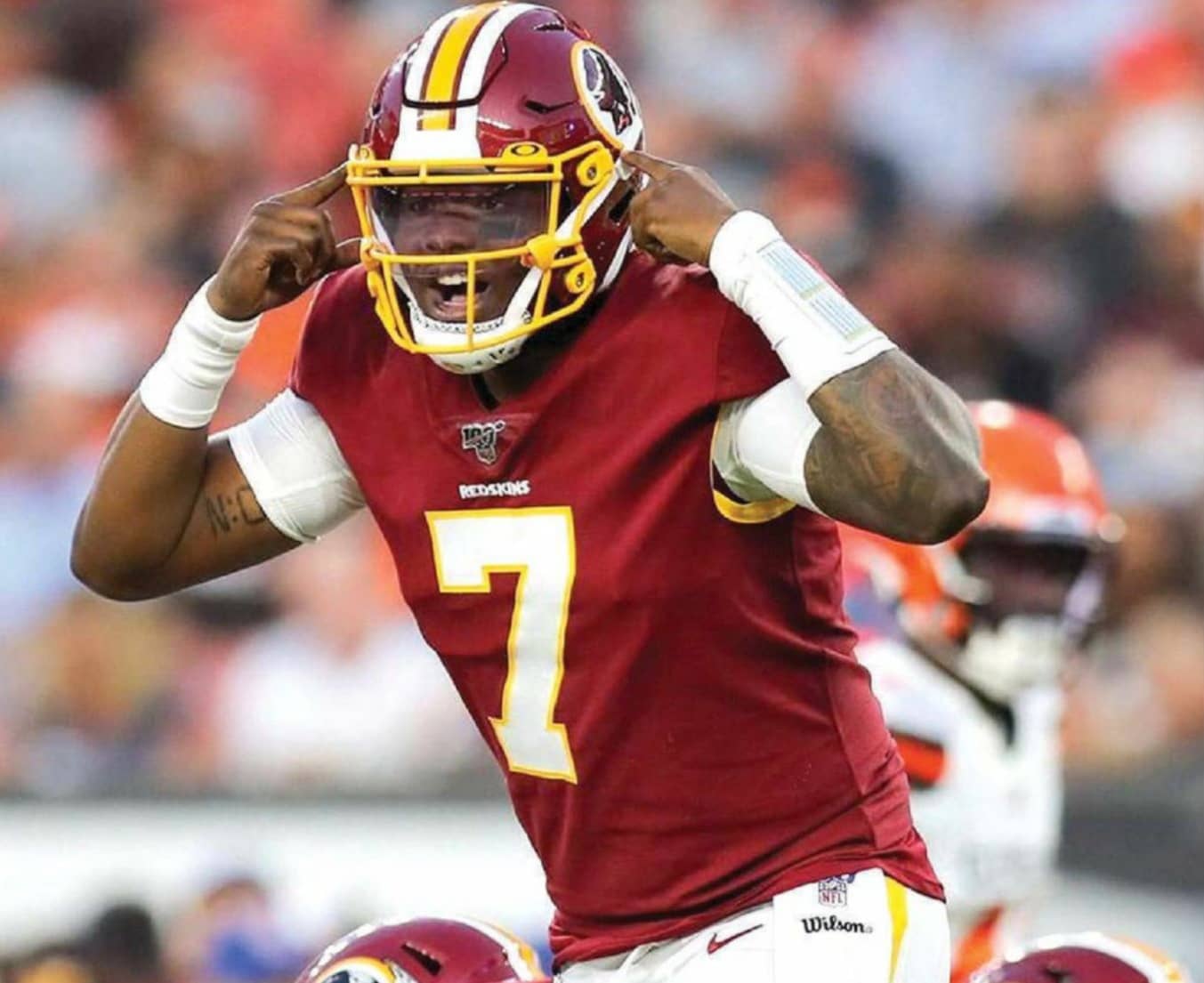 Is Dwayne Haskins too big to the Redskins to fail?

Amid the chaos of coach Jay Gruden’s Oct. 7 firing was the immediate view of its impact on the first-round quarterback. Would Haskins suddenly be allowed to play in a season already lost to gain experience and insight into his future? Or, would he continue to hold the clipboard while other fellow rookie passers are playing?

For now, Haskins is watching, but that doesn’t mean he won’t play soon. It’s a situation as fluid as ocean waves.

“His development is very, very important and there’s a good plan in place, futuristically, for that to happen,” said interim coach Bill Callahan.

Translation – the rookie’s not ready as shown by three interceptions in relief against the New York Giants. Haskins’ 14-game resume at Ohio State was apparent last spring when his mechanics were poor. He has made great strides, but Haskins still doesn’t realize the difference in linebacker speed as shown by his interceptions. He thinks a gap that existed in college football will remain in the NFL. And yet, that’s the trap.

The Redskins are taking baby steps rather than watch Haskins fail. Better to give him some experience to ready for 2020 than taking a beating in meaningless games over the coming weeks.