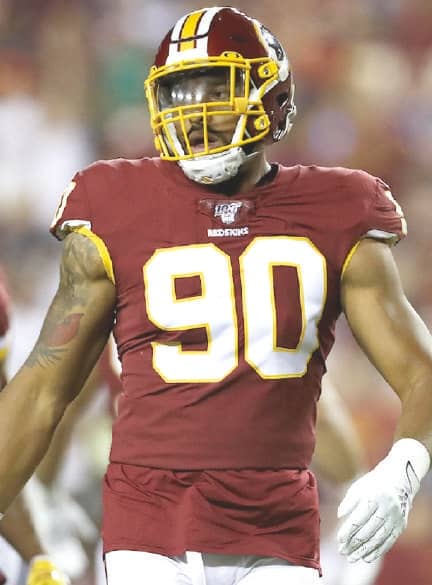 FROM WHERE I’M SITTING

Welcome to the most exasperating exercise this side of trying to predict which college players your favorite National Football League team will select on draft weekend.

The grades for the Washington Redskins are more all over the place than a kid’s first day of Driver’s Ed.

ESPN’s Mel Kiper gave the Redskins a C+. I don’t know how you interpret that, but if you take the best player in the draft (Chase Young) and still grade out to barely better than average, it tells me Kiper thinks the rest of Washington’s haul was very weak.

But the NFL.com’s Chad Reuter assigned the Redskins an A-. It’s a curious score, and not because it’s so radically different from Kiper’s. Reuter gave Washington the first-round grade of A-. If Young is indeed a once-in-a-generation rusher, why would a team that ranked 27th or worse in yards, points and third downs be docked half-a-grade for drafting him?

According to Reuter, selecting Young wasn’t the problem. Not using the pick on Alabama quarterback Tua Tagovailoa was Washington’s mistake.