Change At Top Was Needed 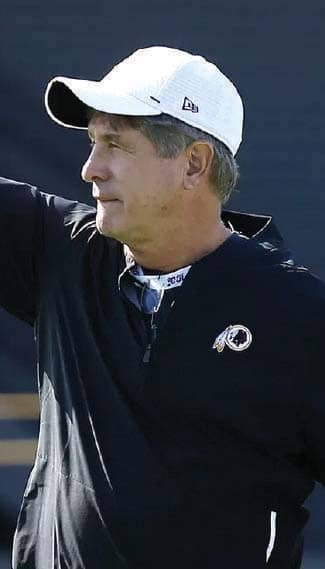 Did Jay Gruden deserve to be fired? That’s complicated, but it was time for a change.

The season was going nowhere and Gruden was in a bunker mentality. I saw some hopelessness and surrender on the sideline against New England. At that point, the Redskins needed to let Gruden go. Change the team’s lackluster mentality and hope to build something new.

For one game, at least, things looked better as Washington beat fellow winless Miami. Sure, the Dolphins may be the NFL’s worst team, but at least the Redskins didn’t lose to them. Instead, the defense played up to its preseason expectations with a strong pass rush and pass defense. Running back Adrian Peterson showed he still has some life left when given a chance. Maybe it was merely beating an awful opponent, but the Redskins showed a pulse that may give them a chance to finish this season respectfully.

Bill Callahan is certainly a qualified choice to finish the season as head coach. He led the Oakland Raiders and Nebraska Cornhuskers. What I liked most was Callahan creating urgency and accountability in practice. For several years, Gruden’s weekday workouts were for slackers. You didn’t see him push people to be better. That carried over into games.

Whether Callahan limits music or makes captains lead stretching in practice is less important. But Callahan’s leading rather than overseeing and that’s a big difference. Coaching matters. If Bill Belichick was coaching Washington, it would have been 3-2 versus 0-5.