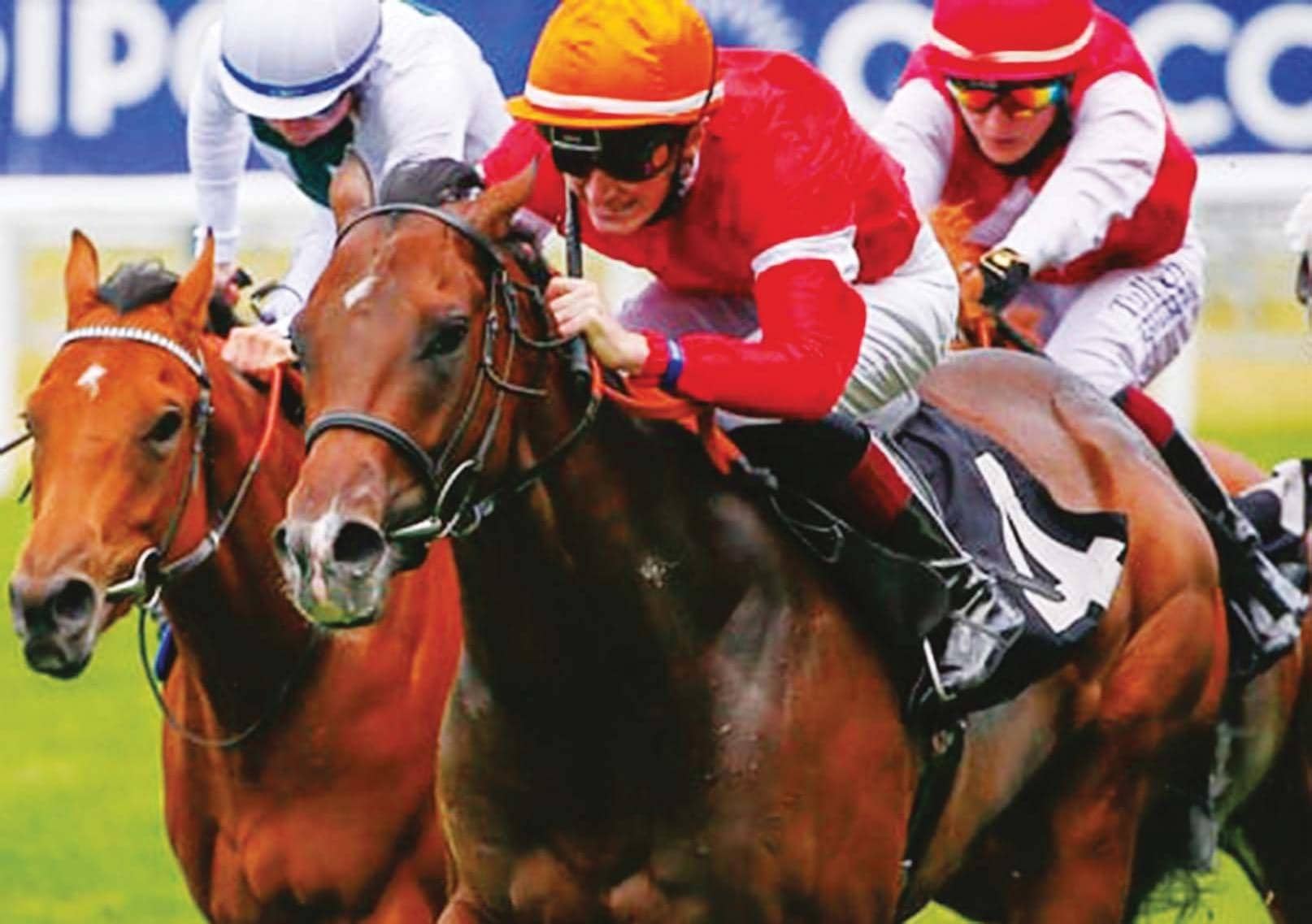 Ten two-year-old races were run over the four days. The first day began with a maiden over a mile and saw an impressive win for Latest Generation who easily justified odds-on favouritism for Simon and Ed Crisford.

Leading all the way under William Buick, he only had to be pushed out inside the last furlong to beat Stay Well a newcomer trained by Hughie Morrison with another newcomer Saligo Bay keeping on well in third for Roger Charlton. Latest Generation has a tremendous pedigree, the first foal out of Group 1 winner Rizeena, and a race like the Group 2 Royal Lodge Stakes at Newmarket at the end of September should suit him well.

Ataser made it two wins at big festival meetings, following up his York win in the 7f nursery off a 7lb higher mark. Despite a slow start, he finished strongly on the outside of the field taking the lead inside the last 100 yards and showing a good attitude to hold off Party Game to win by head. This was his third win of the year and he shouldn’t go up too much in the weights, rated 86 here, and will continue to run well.

Day two saw three two-year-old races with the first of them a valuable fillies nursery with 15 lining up. Just as Latest Generation had done a day earlier, Spright, who was giving weight to her 14 rivals, led all the way and held on well to beat course winner Nazuna by three quarters of a length and the same margin to the third, favourite, Meu Amor. No doubt Spright’s trainer, Karl Burke, who has a share in the filly, will be looking for a Listed race for Spright next time with the Redcar Two-Year-Old Trophy or Bosra Sham Stakes at Newmarket mentioned.

The first of three Group 2 races at the meeting was the May Hill Stakes over a mile for fillies and attracted nine runners. The market was dominated by two once-raced winners, Ascot winner, Zabeel Queen, the 6/5 favourite for Roger Varian and impressive Yarmouth winner, Indigo Girl at 100/30 for John Gosden. Dubai Fountain, having her sixth start of the season, took the field along at a steady pace and kicked for home with a couple of furlongs to go. Zabeel Queen travelled well in midfield for Andrea Atzeni whilst Indigo Girl missed the break and was held up in the rear by Frankie Dettori but made good progress with three furlongs to go. Taking the lead a furlong and a half from the finish, Indigo Girl edged left inside the last final furlong but was too good for her rivals, beating Dubai Fountain by three quarters of a length with Zabeel Queen a further length away in third.

John Gosden last won this race in 2008 with Rainbow View who went on to land the Group 1 Fillies Mile and that will no doubt be on the agenda for Indigo Girl who received quotes of 20/1 for the 1000 Guineas which might look a reasonable price given her trainers doesn’t see her as an Oaks filly. Zabeel Queen didn’t do a lot wrong and she ought to progress into a smart three-year-old in 2021.

Having been out of luck in the May Hill, Roger Varian didn’t have to wait too long to register a win, as 30 minutes later, Line Of Departure won the most valuable two-year-old race to be run in the UK so far this year, the Weatherbys Racing Bank £200,000 2-Y-O Stakes worth £122,900 to the winner. Racing in midfield, he travelled well for David Egan and made progress with two and a half furlongs to go, taking the lead off pace-setting Uncle Jumbo a furlong and a half from the finish and despite edging right inside the last furlong, kept on well to be top rated Yazaman, who was finishing second for the fourth time, by a length and a quarter with Uncle Jumbo running on well to be third and Line Of Departure’s stable mate Dark Lion running a much better race than of late in fourth.

Line Of Departure will go up quite a lot in the weights for this win, rated 84 going into the race, a mark in the mid to high 90s looks likely when the handicapper assesses the form. He deserves a shot in Listed/Group 3 company with races such as the Tattersalls Stakes at Newmarket and Horris Hill at Newbury ideal targets.