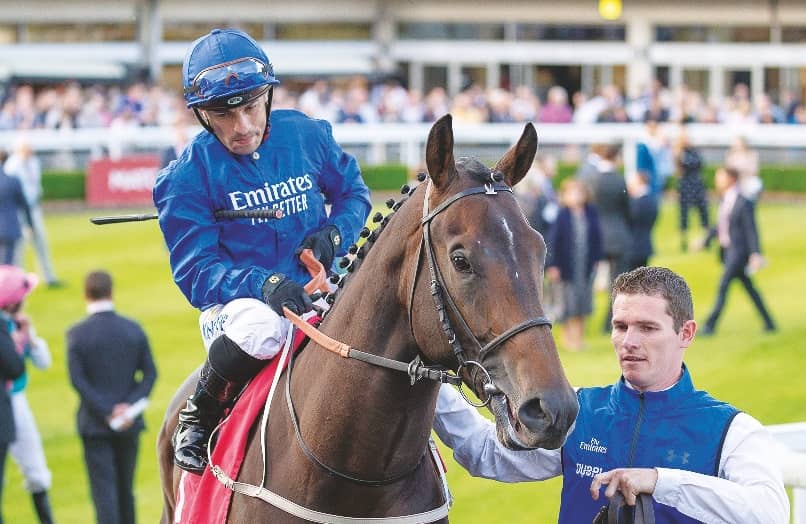 Andrew Ayres reveals the latest additions to his notebook

RACE RUN AT A MUDDLING PACE SELINO (James Fanshawe) looked in cracking shape on this return from an eight-month sabbatical. He was given plenty to do and produced a whirlwind finish to nab the second spot after running into traffic problems. He’s improving and could be a massive runner in York’s Ebor Handicap.

COMPETITIVE EVENT WALIYAK (Roger Varian) was a tad keen and had to be settled at the back of a big field. She travelled smoothly into contention and showed a decent turn-of-foot to fly home second behind the useful Onassis. She’s highly rated – there was plenty of money for her here - and will make a mark in Group company before the end of the campaign.

THE FRONT TWO PULLED CLEAR SACRED (William Haggas) looks the business and had impressed on her winning debut at Newmarket. She seemed certain to collect at the furlong pole, but wobbled on the climb to the line and was nailed close home by American challenger Campanelle. Still, this was a high-class effort and she’ll be hard to beat in races like the Lowther Stakes at York.

NOT A VINTAGE RENEWAL SAEIQA (John Gosden) had improved physically from his debut at Newmarket and ran a massive race to finish third after being held-up in the rear. He shaped as if a step-up to 7f will help and is a decent prospect.

COMPETITIVE EVENT EMIRATES KNIGHT (Roger Varian) was heavily backed and only found the promising Palavecino too strong. He backed-up this encouraging effort by finishing fourth in a better race back at Kempton in mid-July and is clearly in the tip-top form at present. This fella looks the part, represents a shrewd outfit and will be winning soon.

RACE RUN AT A FAIR PACE LONG HAIRED LOVER (James Fanshawe) is a half-sister to the smart middle-distance performer Wigmore Hall. She travelled strongly from the off and showed a good attitude under pressure to finish second. There’s plenty to suggest this attractive filly will stay 1m2f and she should go close next time.