LORD NORTH SHOWS HIS REGAL SIDE 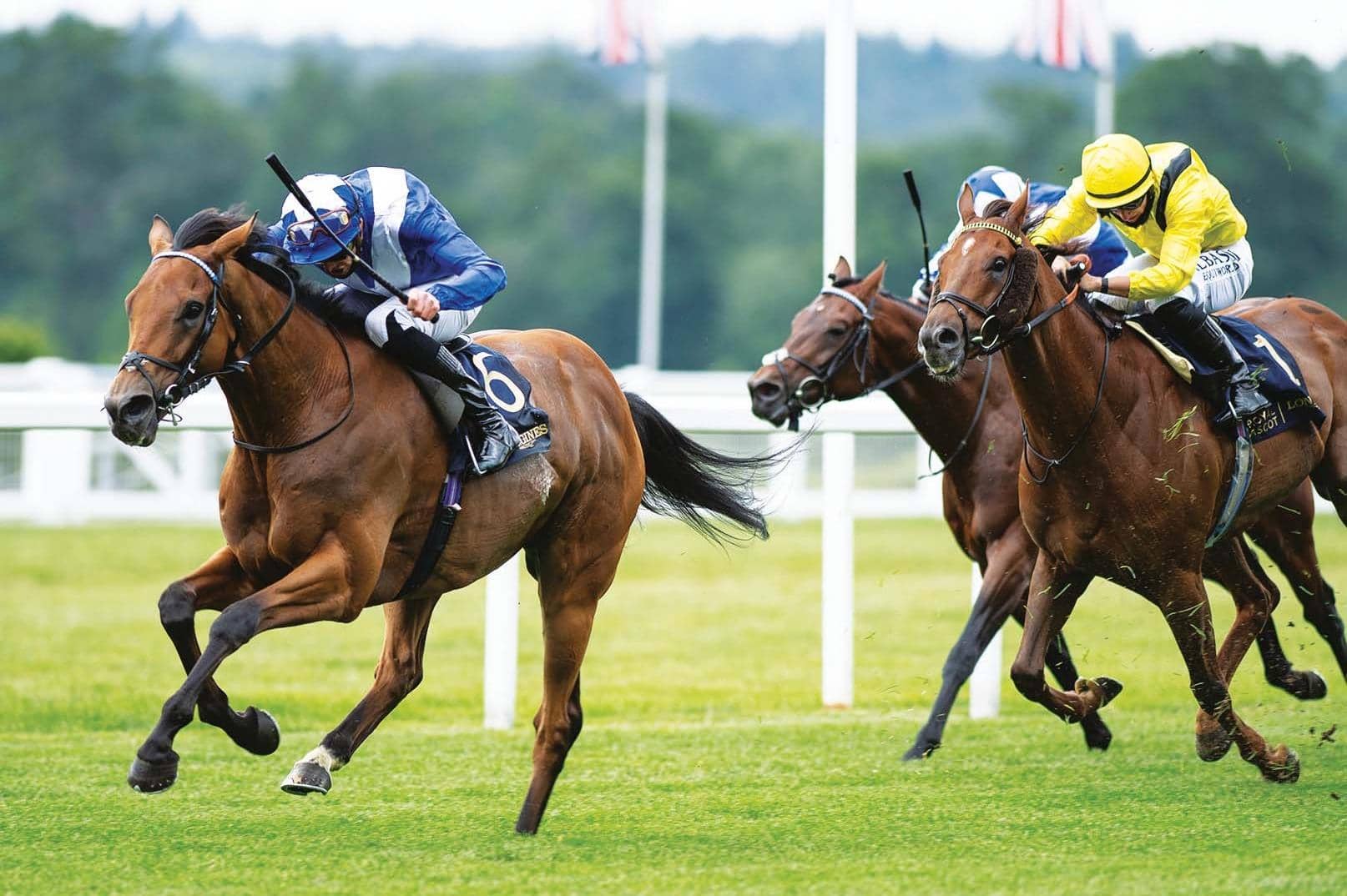 ‘Aristocratic’ theme as the Queen cheers home her winner

LORD NORTH “did a Halling” by going from a top handicapper to winning this Group 1 contest.

The four-year-old Dubawi gelding (5-1) demonstrated an outstanding turn of foot to come home comfortably by three and three quarters lengths from Addeybb (7-2).

Trainer John Gosden made comparisons between Lord North and Halling who captured the 1994 Cambridgeshire Handicap, before landing the 1995 and 1996 G1 Coral-Eclipse, 1995 and 1996 G1 Juddmonte International and 1996 G1 Prix d’Ispahan.

Gosden said: “Lord North was gelded and he needed to be. He was tormenting himself. Testosterone is the most dangerous drug in the world, and he is a lovely horse to be around now.

“Halling had a hock injury as a three-year-old and it messed his career up. This boy just became aggressive at the gate and was becoming a danger to himself, let alone others.

“Lord North has got better and better. He is very powerful and, for a gelding, he has a great body to him.

“I was toying between this race and the Listed Wolferton under a penalty as you want to have a winner at Royal Ascot. I said no, let’s go for this.

“I would say give him a week, 10 days and see how we are. He has had two very quick races. He blew up at Haydock. Rab (Havlin) said at the furlong pole, he went for his girths, so he did well to hang on there. He has had two hard races, so we’ll freshen him up and then make decisions.”

THE Queen may have missed the meeting for the first time in her reign, but TACTICAL (7-2 Fav) handed Her Majesty a 24th Royal Ascot success when taking the Listed Windsor Castle Stakes. I

It was a sixth Royal Ascot success for trainer Andrew Balding and a 15th for jockey James Doyle, who was recording a 26-1 double following the earlier success of Lord North in the Prince of Wales’s Stakes.

Balding said: “Tactical was showing a fair bit at home before we ran him first time out. He ran a nice race and learnt plenty, and James gave him a lovely ride today, but we were quite hopeful, especially when it looked like the draw was more of a help than a hindrance.