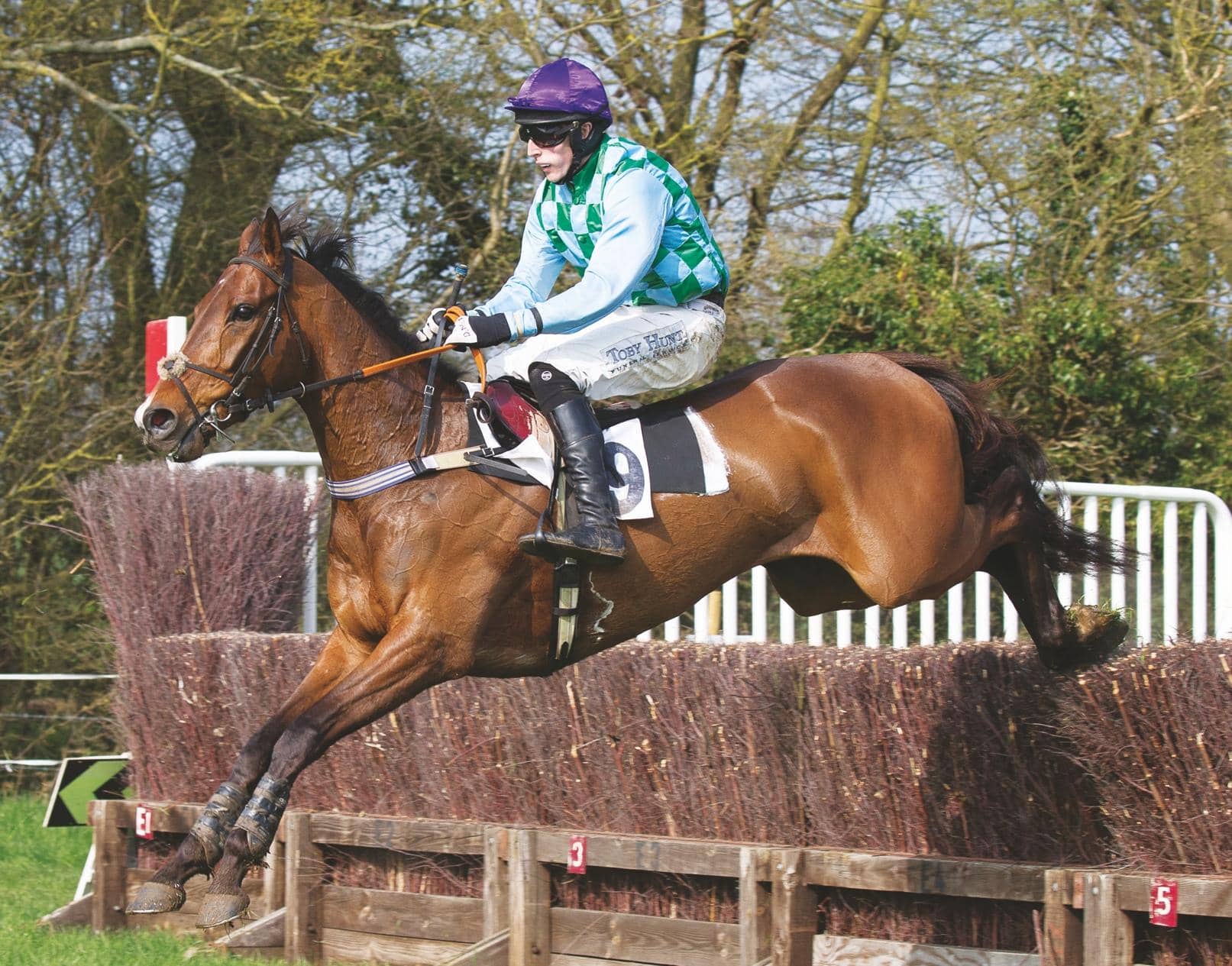 None other than Cappa Bleu advertised his Foxhunter credentials around this undulating, sweeping Horseheath circuit (whose well-made fences notably include several taken downhill) mere weeks before striking gold in the amateurs’ blue riband event in 2009. While LAW OF GOLD has some way to go to emulate the Ruckers’ splendid gelding, the impression given as he powered to a 12l success under Dale Peters on this seasonal debut could not have been more striking. A number of David Kemp’s charges have appeared to need their run back, notably Caryto Des Brosses at Thorpe Lodge the weekend before this, but not so his seven-year-old son of Gold Well, now 6-11 in point-to-points and hunter chases for Kemp and far less given to jumping errors than two seasons prior. Some more evidence of what he can do away from good and good to soft surfaces would be appreciated, but last May’s hunter chase debut success in the John Corbet Cup at Stratford, allied to today’s success around a very different circuit, absolutely rubber-stamps his versatility as regards track type.

It’s not often that Paul Nicholls is proven to have let one go before all of their potential has been realised, but Caroline Robinson’s purchase of THE DELLERCHECKOUT last spring for less than a tenth of his previous asking price is already looking like money well spent judged on two recent ladies open wins and a comfy score on this return to regulation fences. More tactically versatile than when previously seen under Rules, and minus the blinkers whose apparent failure last year to inspire him for longer than one race may well have hastened his exit from Ditcheat, the Getaway seven-year-old contentedly popped away just off the pace here under Immy Robinson and only needed pushing clear. The balance of his achievements over fences to date still falls a little short of the level required to go close in a present day renewal of the Foxhunter, but he’d go into the race more progressive than most, and December’s pointing success around Barbury answers questions regarding his effectiveness around galloping, undulating tracks to an extent.