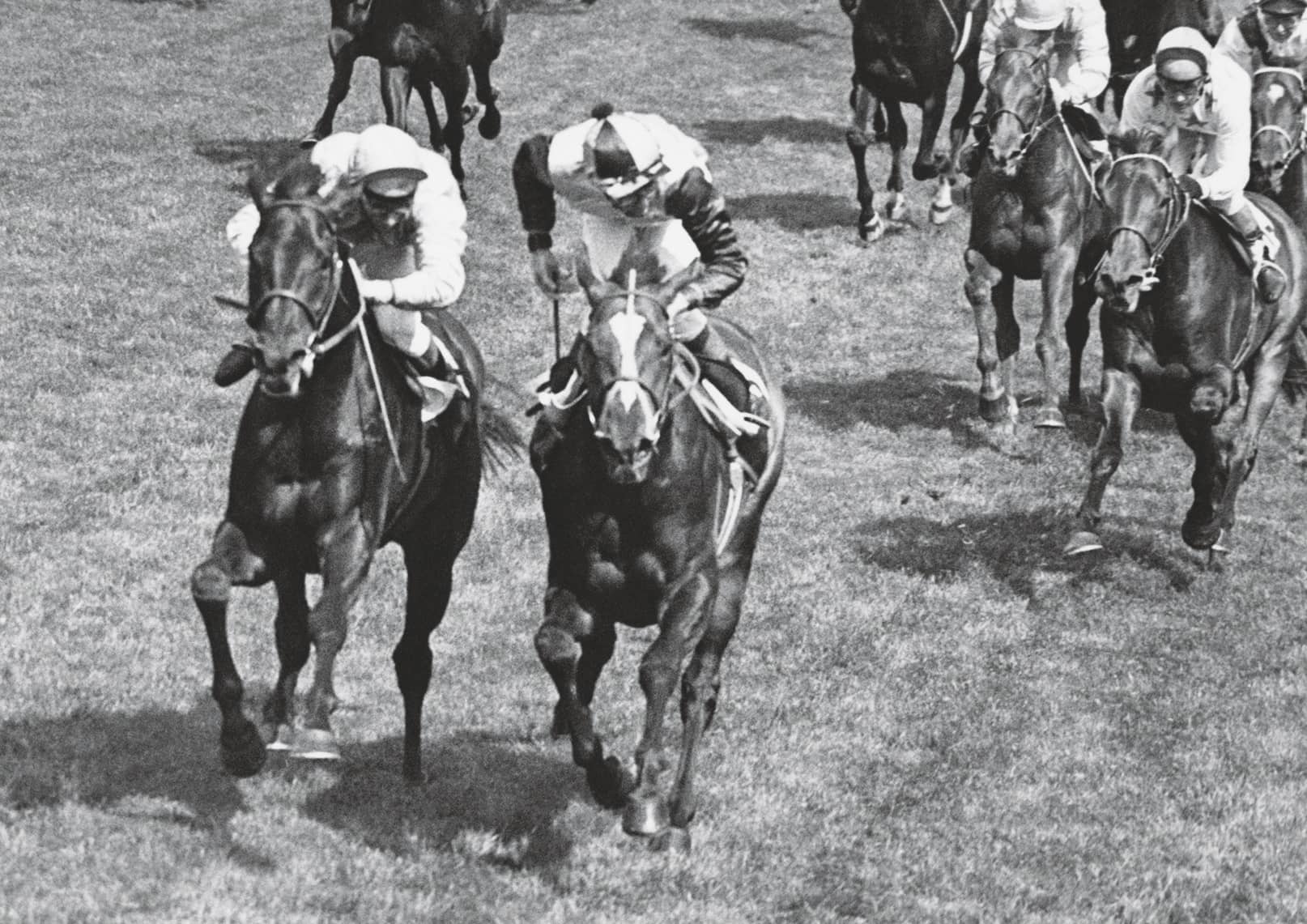 Few trainers have ever been so canny as Barrington Hills, more commonly known as Barry, who built his entire training enterprise on the back of a massive gamble, pocketing £60,000 when Frankincense won the 1968 Lincoln for the former stable employee.

Moving swiftly into the training ranks he knew exactly how to get a horse ready, knew that landing a “good touch” was imperative in keeping the wheels turning and, more importantly, knew how to spot potential.

Attending the Newmarket October sales Hills took a liking to a big, long striding bay long before he looked at the pedigree. There was nothing about his sire or dam which appealed much although he did have Nearco on both sides and was more than happy when he snapped up the colt for a mere 3,000 guineas. Named Rheingold after his opera loving owners favourite Wagner piece the horse thrived and showed early on that he had something special about him.

In August 1971 Hills sent his charge to Newcastle for his first race, confident he only had to turn up to win. Always looking for a good result from the bookmakers Hills and the stable lad scoured the Silver Ring where they helped themselves to plenty of 7/1 and 6/1 there. Officially opening on course at 4/1 by the time, all the Hills readies were on Rheingold started the 11/8 favourite and sluiced in like the good thing his connections knew he was.

Rheingold was upped in class only to finish second behind Crowned Prince in both the Champagne and Dewhurst Stakes before a disappointing run in the Observer Gold Cup. Timeform had originally listed Rheingold as a future champion in the making before eventually declaring him a very good horse but unlikely to reach the top.

As a three-year-old Rheingold began his season at Epsom in the Derby Trial, finishing fourth as jockey Ernie Johnson reported: “He didn’t go on the track, he didn’t handle it at all.”

Between Epsom and his next race, the Dante at Chester, Rheingold came to himself, growing, strengthening and filling out in a manner which left Hills telling anyone who would listen that Rheingold had “improved stones between races”. Duly he won in fine style and that left a quandary which Hills eventually solved with the simple logic that, although he hated the course, there was only one Derby.

In one of the most famous Derby finishes of all time the final furlong was a battle royal as Rheingold took the lead on the outside while the favourite, Roberto, charged home along the rails. Rheingold, having again detested the undulations of the course now hung terribly on the extreme camber up the straight, twice bumping Roberto and trying to lean into him all the way.