HOW LINCOLN RACE SPARKED BOARD GAME 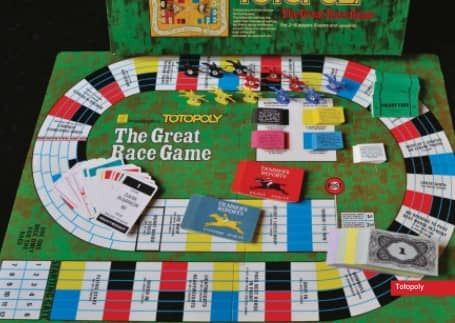 Anyone who knows anything about racing has heard of Ribot, Sea-Bird II, Secretariat, Nijinsky, Frankel and dozens of other equine superstars who have become immortalized over the years. Occasionally lesser lights have captured the public imagination or performed highly unusual feats for their names to be forever remembered, yet there is one group of horses who are a most unusual exception, known by a great many connoisseurs of racing yet they generally don’t recognise their actual significance.

In August 1849 the now-defunct Lincoln racecourse inaugurated a new race over two miles, to be called the Lincolnshire handicap. It was only a moderate success. Four years later, in 1853, they incorporated another new race over 1½ miles to be run in the late spring of that year bearing the name Lincoln Spring handicap.

That, too, was only average success. After another two years of trying, the races were merged into one, still bearing the title of the Lincolnshire handicap, but now run in March and shortened to just one mile and this proved the unmitigated triumph they had been striving for. Big fields with a parade of all the runners in front of the stands before cantering to post gave it a certain prestige and it quickly became a huge betting race, soon to become known as the first leg of the “Spring Double” along with the Grand National. It wasn’t until the race moved to Doncaster in 1965 on the closing of Lincoln racecourse at the end of the previous season that the race first bore the title of the Lincoln handicap.

Despite its early-season prominence, the race was far removed from the top echelons of the sport and winners of this race are generally forgotten before too long, but 12 of them hold a unique place in history.

In 1926 the six-year-old King Of Clubs won the 26-runner race by a head in a driving finish under his 15year-old jockey, Pat Donoghue, son of the great Steve Donoghue. Listed as carrying a mere six stone two pounds, the winning starting price of 100/1 is still the longest return in the history of the race.

A year later on a rain-soaked afternoon 30 runners faced the starter and the race produced another thrilling finish. Under the champion jockey, Freddy Fox, Priory Park held off a late challenge to win by a head for his wealthy owner, Jack Barnato Joel, father of the later Derby and Grand National-winning owner, Harry “Jim” Joel.