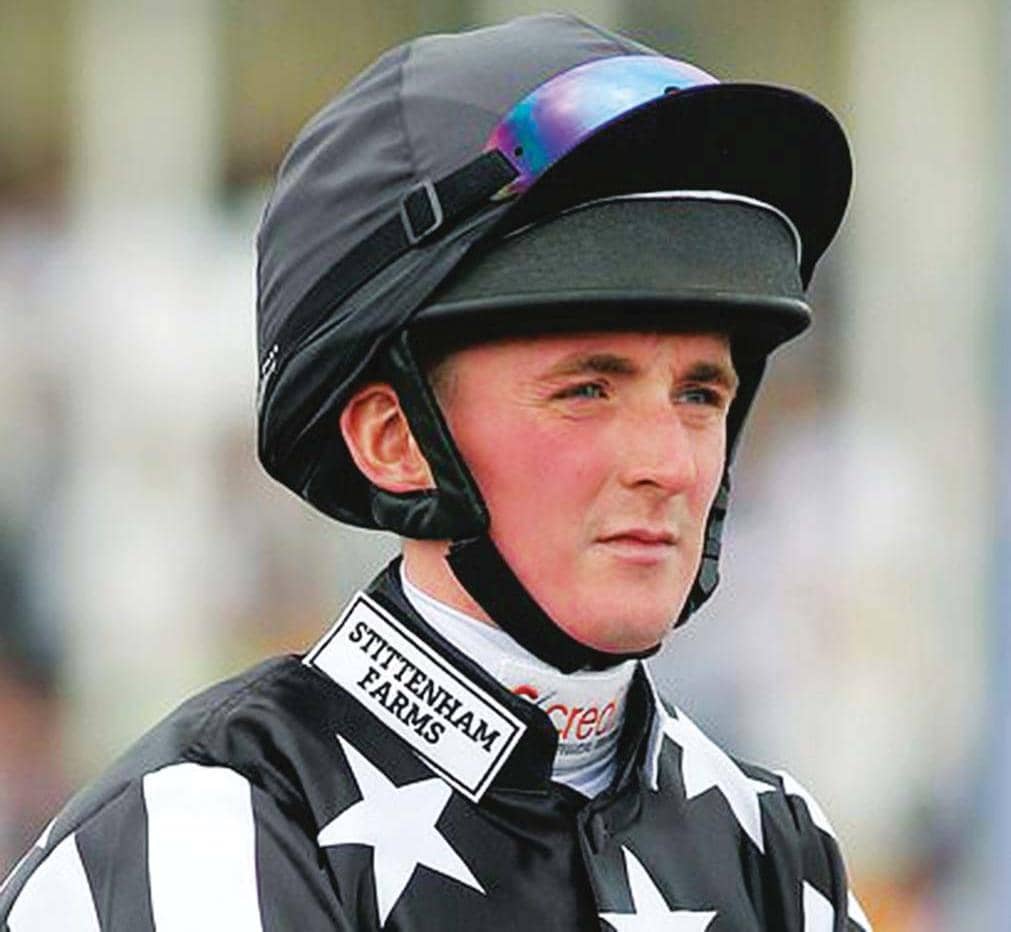 What age did you first ride

When I was about 12. Messed around a good bit and did some showjumping and first sat on racehorses at Sue Smith’s yard when I was 17 or 18.

Who inspired you to get into racing and when did you first realise you wanted to be a jockey?

Both of my grandads liked horses. My dad’s side were into racing and owned several racehorses. My mother’s side have had horses all their lives.

When was your first race ride?

At Wolverhampton on February 11, 2017 aboard a horse called HEART LOCKET who finished fourth and was then second a couple of weeks later

What and when was your first winner?

April 20, 2017 in a dead heat on BLACK GRASS at Ripon in an apprentice handicap for my boss at the time Mick Easterby. I shared the winning prize that day with the year’s champion apprentice David Egan

Which jockeys you looked up to?

Everyone looks up to the lads currently at the top, the likes of Oisin, Ryan and Frankie and try to see what they do that makes them the world’s best. I also love watching James Doyle and Tom Marquand ride and I would love to be able to ride like them one day.

My biggest winner to date was in August 2018 winning the Class 2 Great St Wilfrid consolation race at Ripon onboard QUICK LOOK for Mick Easterby who won well after taking the lead a furlong out.

What are your strengths and weaknesses?

I would like to think I can judge pace quite well and can get one out of the stalls. I would like to improve the use of my stick in my weaker hand. I also would like to not be too hard on myself when things don’t go as planned.

Which racecourses do you like/dislike and why?