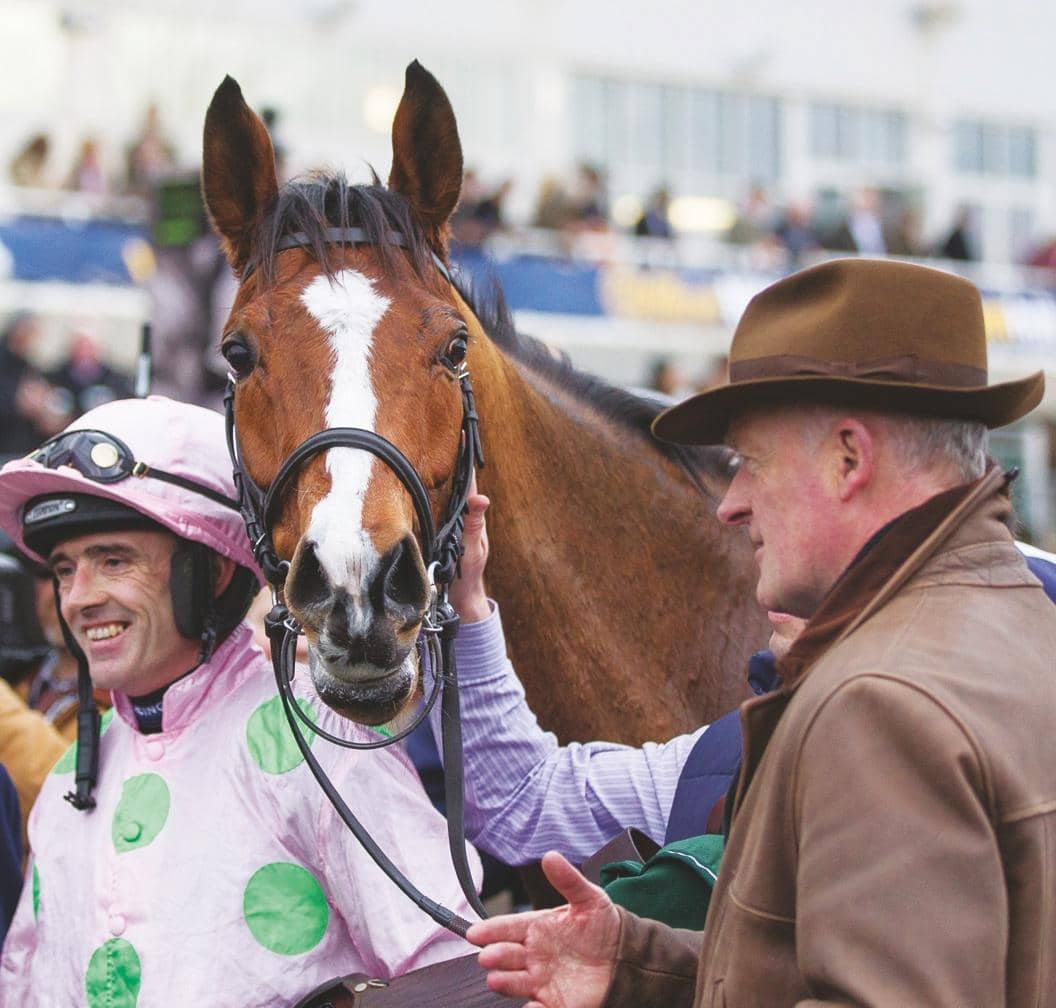 Ahead of another exciting Cheltenham Festival, I shall provide you with a breakdown of the likely leading Irish contenders for all of the major prizes as well as a few who may have gone unnoticed and under the radar.

THE LIKELY LADS (AND LADIES)

The first one to look at is Asterion Forlonge, unbeaten in three starts this year. He won his bumper in game fashion to deny Watergate Lady by a little under a length. He then stepped into a hot maiden that featured the wellregarded Pencilfulloflead from the Gordon Elliott yard.

In a field of 21 runners, he was still able to put some ten lengths between himself and the Ellliott runner. His CV began to look a bit better and Willie Mullins saw no harm in entering him for the Grade One Chanelle Pharma Novice Hurdle at Leopardstown at the beginning of February. Always prominent, he was strongly pressed for the lead two from home. He showed a tenacious attitude to stay on well in the closing stages to record a nine and a half length win over Easywork.

Willie Mullins was thrilled: “I’m surprised and delighted. I had him down as a two mile and six or three mile horse. The last day he won at Naas was a mile and seven. It looks like I’m wrong and he is a two-miler.

“He has a huge cruising speed and I said to Danny (Mullins) to go out and make the running. He’s never fast at home but he obviously covers a huge amount of ground and can keep that gallop up for two-miles flat out. He looked like he could be a Supreme Novice horse and that was the furthest thing from my mind three weeks ago. I think this fella can stay. I think he’s easy enough to ride. If the owner has something else for the Supreme, we can chat it out.”

The Arkle is the next race I shall look at as Ireland have an incredibly strong hand this year with Notebook and Fakir D’Oudaries scheduled to line-up. The former extended his unbeaten run to four for the season when landing an on-course gamble and defeating the likely to be re-opposing Cash Back.

Despite being quite keen to post, he disputed the lead from flag fall. He was subsequently headed but moved through to dispute the lead two from home. He took over before the last and stayed on well under pressure for Rachael Blackmore and Henry De Bromhead.

The trainer said: “He had to tough it out and he jumped brilliant. Cash Back gave him some race there. I didn’t think he jumped to his right as much as he did at Christmas, he was very good today. A few of ours have improved a lot over fences through the years.

“Special Tiara was a 116 hurdler and Ordinary was 118. Some of them need a fence and you saw his jumping out there, he’s a dream and he just seems to love it. Also I was running him over the wrong trip for most of last year. He’ll go straight to the Arkle and fingers crossed we get a clear run. He seems to have won on everything, but he’s probably marginally better on better ground. We’ve five weeks now, so we’ll freshen him up and try and have him as right as we can.”