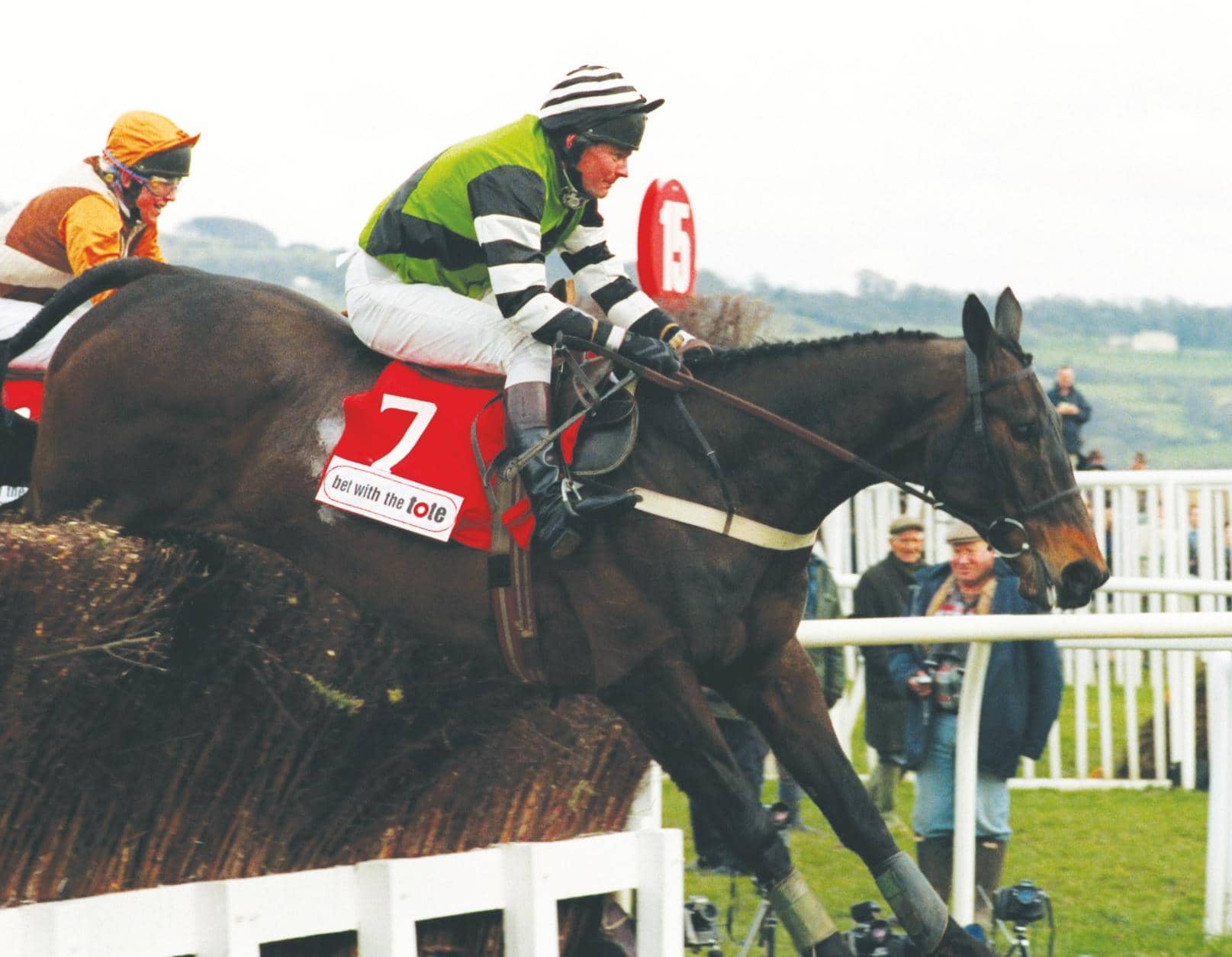 If you could sum up what jump racing is all about in just one word, that word would be Jodami. He wasn’t one of the mega expensive types, bought off the Flat or from France, he wasn’t trained by a big name trainer with hundreds of horses and he wasn’t owned by a multi-millionaire.

Jodami was a big, robust, Irish-bred, relatively modest purchase who was more a family pet than anything else. But he reached peaks others could only dream of and maintained that level of form year after year.

The strapping bay was born to stay, being a son of Doncaster Cup winner Crash Course, who produced such exceptional Grand National and Irish National types as Rough Quest, Esha Ness and Maid of Money. He, in turn, had been by Busted, the Eclipse and King George winner on the Flat who also sired the likes of Bustino and Mtoto.

Bought by the small Northern trainer Peter Beaumont for owner John Yeadon, the gelding was named using the first letters of the owner and his two sons, David and Michael, to run in his distinctive green, black and white colours.

A first racecourse appearance brought a first success at the rewarding odds of 33/1 in a Kelso bumper under the trainer’s daughter Anthea, whose husband, Patrick Farrell, would take the ride when Jodami was first put to hurdles in January 1991.

Three months later and the combination had notched five wins and a second from six races, all the time looking towards the following season and a step up to the bigger obstacles. Three wins from as many races then saw Beaumont send his stable star south for the first time, Ascot’s Reynoldstown chase the target but the favourite found Danny Harrold far too good for him.

Bypassing Cheltenham, Jodami went to Aintree and finished a good second to Bradbury Star before finishing his season with a third-place at Punchestown.

Jodami had learnt what was required during that first season over birch and would only improve. However, being a big and stuffy beast it would always be difficult getting him fit enough, especially with the training facilities in those days. Another difference then lay in top chasers running in big handicaps due to far fewer top calibre races around.

As such, a far from fit Jodami began his 92/93 season with a fine three-length second place to Run For Free when conceding five pounds before filling the same place in the Hennessy at Newbury, going under by less than a length under a two-pound deficit. Importantly here, The Fellow took a magnificent third place six lengths further adrift although conceding Jodami a massive 25 pounds.