ECHOES OF A FUTURE VICTORY 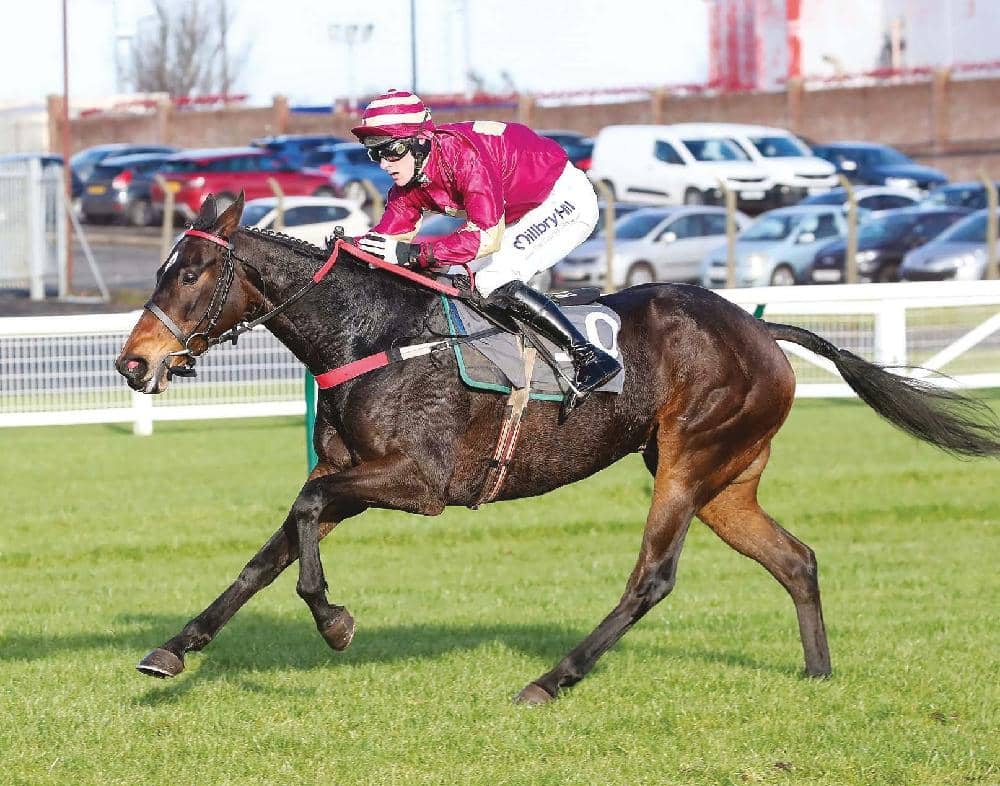 VICTORY ECHO looked for a long way on this chasing debut as if the appreciable market confidence in him (20-1 into 11-2) was going to prove well founded, so well was the Cloudings’ seven-year-old jumping out in front.

An eventual 6l second to a plausibly handicapped rival revived by the return to a galloping track does nothing to lessen the positive impression given here, nor the feeling that similarly assertive tactics at around 2m4f will endure as the strategy likeliest to reap him rewards over fences. Maurice Barnes’ gelding has stamina to spare at this trip, being an Irish point winner hailing from an immediate family blessed with numerous further scorers between the flags, and both that previous success and an Ayr maiden hurdle victory last winter serve as all the reminder required that he’ll have at least as much to offer back on far slower ground than encountered here.

LADYKILLER was one of a pair of Flat recruits from mainland Europe given a first spin over hurdles by David Pipe on this card, and by far the most interesting to the two as a winner at up to Group 3 level in Germany for Andreas Wöhler. Stamina was assured for this switch of discipline as he was a scorer around Hoppegarten’s stiff, galloping 1m7f on the level, but the Kamsin gelding had run well below par on the only other occasion he’d returned from more than three months out and a fading 17l third laid bare that this British debut was similarly needed.

Quite possibly intended to be another Saturday afternoon horse for owners Caroline Tisdall and Bryan Drew, and held in enough regard to have been given a Cesarewitch entry (for which an initial British Flat mark of 106 will see him make the cut no bother), he can be taken to come on for the outing and will have the class to take a maiden hurdle this autumn, likely over 2m4f-plus. A return to softer ground wouldn’t inconvenience.