DELTA WORKS FOR ME 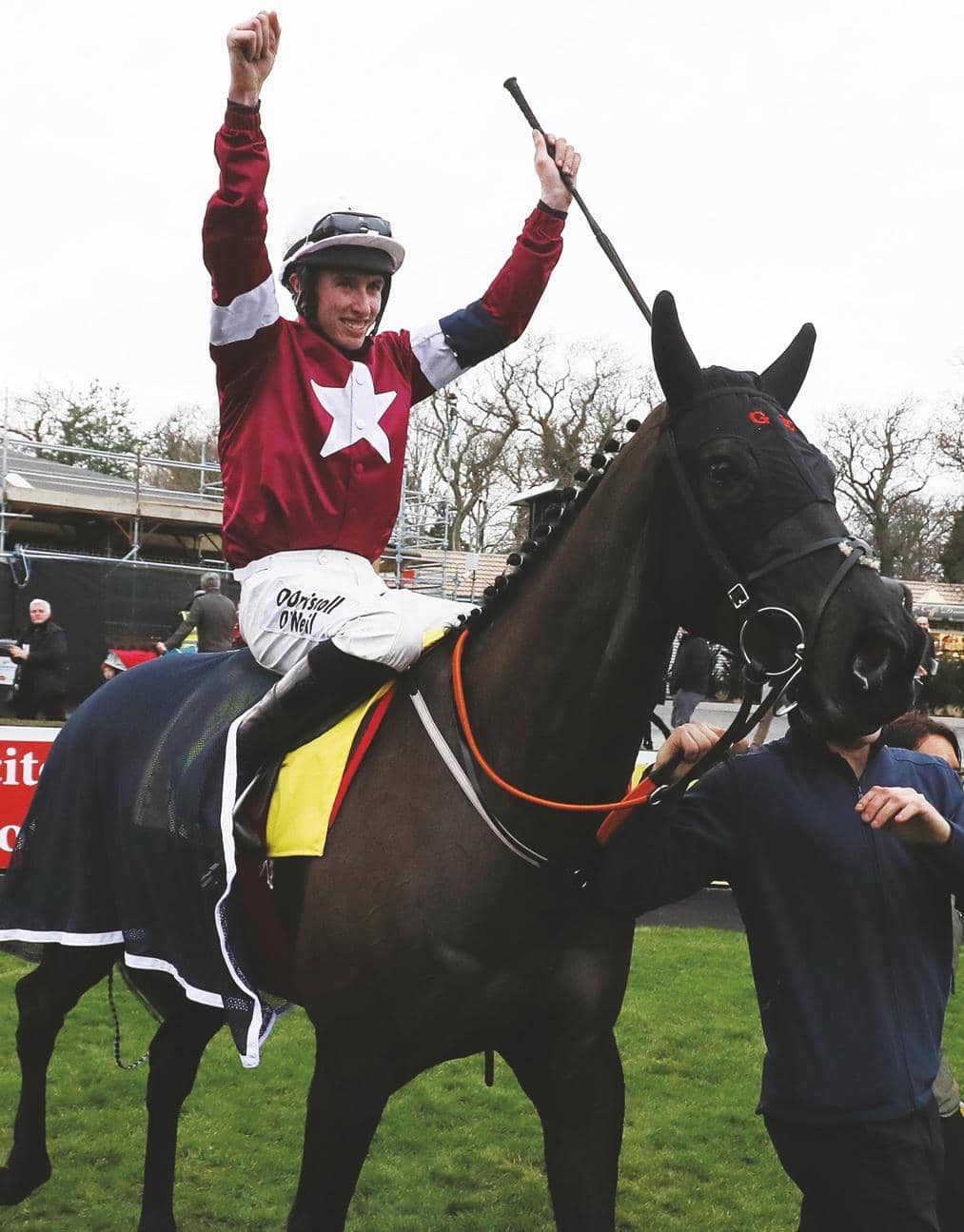 The feature race of the whole week looks set to be one of the most competitive renewals in recent years. I genuinely think I could back four or five of these so it’s very hard to pick just one. Al Boum Photo was tipped for a place in this same column last year and he ended up taking home the whole lot. He has done nothing to harm his chance in this year’s renewal from what he has done so far. He looks a sensible bet, but for some reason I can’t get too excited about him this time around.

His stablemate Kemboy got put into his place by DELTA WORK last time out and he had no known excuses. Gordon Elliott’s charge has taken his form up a level this season and his win in the Irish Gold Cup cemented his place towards the top of the betting here. Elliott has always had the utmost faith in the selection and, given his top-class form, I find him the most solid option in this race. At 11/2 he offers good value and edges a narrow vote.

Had Lostintranslation not been pulled up in the King George I may well have tipped him to win this, but coming here off the back of that isn’t the best of preparations. Before his King George run he looked the next big thing and it came as a huge shock to me that he ran so badly at Kempton. I think it was too bad to be true but stats suggest horses who pull up on their last run don’t often win the Gold Cup. But with that said I do think he is a good horse and is worthy of some each-way support.

Last year’s tip Clan Des Obeaux looked to have improved this season as he hacked up in the King George but doubts remain whether or not he really stays the Gold Cup trip. If he is a stronger horse who stays better this year then he has a right chance because he was jumping the last with the rest last year before being caught out by the hill.

One horse who has no stamina doubts is Santini and I’m sure he will be playing some part in the finish as long as he can keep tabs on them turning in. Native River will have his work cut out fending off these strong stayers and is therefore vulnerable.

Presenting Percy would be an interesting each-way bet on genuine good ground as there is no doubt his genial trainer Pat Kelly will have him tuned up for the day.

Whoever wins this, I think it will be one of the best Gold Cups you will witness, so make sure you savour every moment.

History tells us that not many fouryear-olds go on to make Grade 1 hurdlers at the age of five and I will be amazed if any of this lot do.

Perhaps I’m being a little disrespectful, especially to Allmankind and Goshen who have done nothing wrong, but I just haven’t been that impressed with any juvenile I have seen this season. Dan Skelton’s Allmankind has demolished all opposition put in front of him this season but I am worried that his freegoing nature is going to catch him up eventually. The buzz of the crowd at Cheltenham, the occasion, the big field could all have an adverse effect on the current favourite and his price of 9/2 doesn’t entice me to take the gamble.

It is a slightly different story with Goshen as there is more of chance he will settle. However, as good as he has looked, I just can’t get too excited about him. Whether it is the fact he looks too good to be true, I don’t know. I have a gut feeling that this year’s contest could go to an outsider.

Which outsider? One that does interest me is Emmet Mullins’ FUJIMOTO FLYER who looked very good when winning in France in September. Her trainer states she is likely to take in a race, probably the Adonis, before Cheltenham to see where she stands, so obviously I’m taking a bit of a punt tipping her. However, I think she might be the value bet especially as Isaac Souede and Simon Mounir don’t tend to buy rubbish.