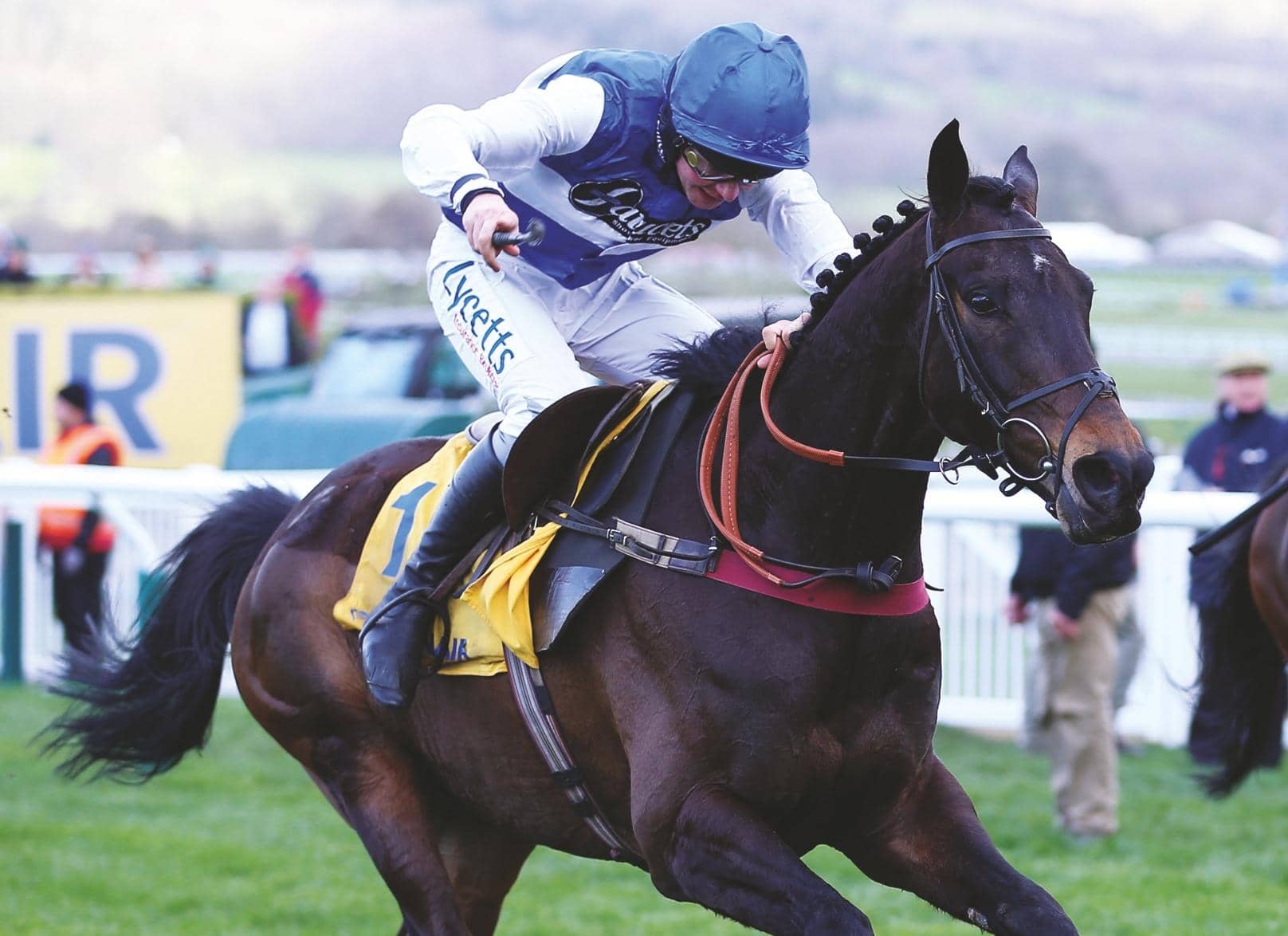 To say the 2019 Cheltenham Festival was bizarre, topsyturvy, chaotic yet wonderful would still not be doing it justice.

There seemed three certainties in that Gordon Elliott and Willie Mullins would train hatfuls of winners and Davy Russell would partner at least one into the winner’s enclosure.

In reality Willie Mullins won the first two races then had 31 beaten horses before the awful Mares, Novice Hurdle, two full days later which he won with a 50/1 shot from his seven runners! Then between that winner and a horse even he thought of as his least chance of winning the Gold Cup he ran up another 16 losers before Al Boum Photo finished off with another five of his all failing to make the frame.

I think it fair to say that Gordon Elliott was badly out of form at Cheltenham, too, drawing an unaccustomed blank on day one. Apart from the brilliant Tiger Roll in the Cross Country and the impressive Envoi Allen in the Bumper, he scored in just one handicap with 42 losers, including favourites and other well-fancied types.

Davy Russell, with at least one winner every year since 2006, came home empty-handed while on the training front Nigel Twiston-Davies, Colin Tizzard, Gordon McCain, David Pipe, Alan King, and Jonjo O’Neill couldn’t muster a single winner between them. A closer look reveals that O’Neill, McCain, and Pipe fielded just nine runners between them. With all of this, “bizarre” barely comes close.

Perhaps the strangest thing of the first day was the Champion Hurdle. Billed almost exclusively as a three-horse race between Buveur D’Air, Apples Jade and Laurina, what price could you have gotten on none of them making the first three home?!

To top it, the winner was a five-year-old. The last from that age group to win was Katchit 21 years earlier and he never won another race, yet Espoir D’Allen won by a record-breaking margin, smashing Istabraq’s previous record.

The icing on the cake with this second string of owner JP McManus was when he confirmed he didn’t have a single penny on the horse while a trusted contact assures me he had a “substantial” bet on Buveur D’Air.

Perhaps that tells its own story on this most unusual first day of the meeting. We’ll also never know if Espoir D’Allen could have been the real deal as he is sadly no longer with us, having been put down after a freak injury at his stable.

So, with most things seemingly turned on their head, how did we fare with our jockey stats and our look at the Paul Nicholls runners from last year?

Nicholls had turned out just a handful of winners from 162 runners over Cheltenham fences covering the previous nine years and the expectations were of a blank over the bigger obstacles. Nicholls sent 24 runners to Cheltenham last year with none of his hurdlers making the first three. From the 13 sent over fences seven were out with the washing, two failed to finish and another pair were placed. Nicholls surprised some when Topofthegame won the RSA and then had that unlikely, yet magical, moment with Frodon and Bryony Frost in the Ryanair. Despite this success on the New Course it’s worth noting that only one other of his runners on the last two days even made the frame. 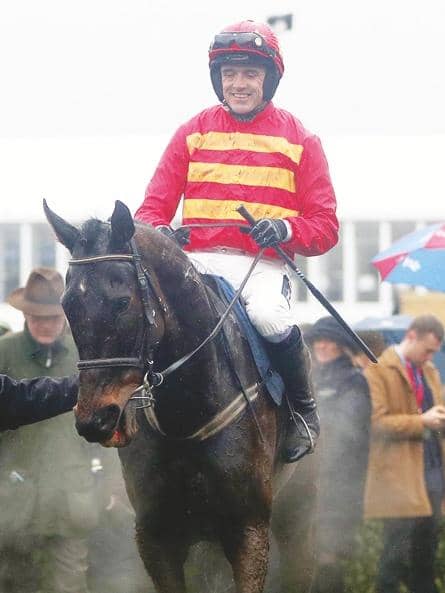 “Inconsistent” is still the best way to sum up Nicholls and, like last year, backing his runners, especially on the New Course with the possible exception of the Foxhunters could yet again be a fast ticket to the poor house.

On the jockey front last year I wrote that Sam Twiston-Davies’ confidence was low after repeated Festival failures. Nothing was expected of him and he drew another blank. A distant third place was the only one of his eleven rides to get anywhere near troubling the judge and nothing can reasonably be hoped for this year either.

In the near absurdity of the Champion Hurdle it was none other than Mark Walsh, a jockey with a previously abysmal record at Prestbury Park and advised to leave well alone, who picked up the trophy. His confidence, that most elusive of essential commodities, was then sky high and he picked up another Grade 1 over hurdles on the Old Course with City Island in the Ballymore Novices’ Hurdle.

With the exception of this pair of Old Course hurdlers Mark Walsh was unplaced here on everything except his Cross Country second while on the New Course he managed no better than a single third place where nearly half his mounts were pulled up.

He may be one to keep an eye on over hurdles on the first two days yet I still think a line should be firmly put through his chase rides and everything on the last two days. If he manages to fire in another winner to keep the ball rolling he may yet prove a jockey to keep on side in the future but after so many previous losing rides over the years, including well-backed favourites, if he fails early on he could easily revert to type as one to avoid.

Davy Russell, so often the leading jockey with at least one big race winner to his name, failed to score for the first time in many years. His results on the first two days were dire and two placed rides from six mounts on the last two days emphasises how much the Gordon Elliott string was out of form.

In the normal run of events there is nothing to suggest Russell won’t be banging in the winners again, his usual penchant being for Grade 1 chasers and handicap hurdlers. I think it fair to class 2019 as an anomaly and keep the faith with unarguably one of the best jockeys around.

Jack Kennedy was another to suffer from Elliott’s lack of form and also failed to score. The only consolation here was that 75% of his placed mounts came over his preferred hurdles as expected and that appears now to be his favoured medium, but this is very much an upcoming jockey and with the sheer horse power he has to call on I was very tempted to cite him as the surprise replacement for Ruby Walsh in the “Four Aces” to take the Festival by storm.

A broken leg just 30 minutes after winning the Irish Gold Cup on Delta Work shows the extremity of the ups and downs of a jump jockey and rules him out of Cheltenham this year but makes the Davy Russell hand much stronger, although the possibility of having to choose between Delta Work and Presenting Percy may be hard.

With the Mullins string also appearing a bit out of sorts, Ruby Walsh won the first race and then did nothing more than a handful of minor places, but at least he won a Grade 1 over hurdles, the Sky Bet Supreme Novices’ Hurdle on Klassical Dream. As expected, his preference for the Old Course provided that winner.

Equally, it was suggested that he would do nothing over fences or with longer-priced runners, both of which went to form as did the recurring comment that not all his hot-pots would win over hurdles. In all events he did what was expected in what transpired to be his last Festival. He will be sadly missed.

Noel Fehily was another jockey riding in his last Festival. It was firmly pointed out last year that he had far more winners over hurdles than fences and that catching him over the smaller obstacles could yield a profit. Fehily had only one winner during the four days, over hurdles as expected, but at 50/1 if you were lucky (or shrewd) enough to have backed it, the expected profit was yours. 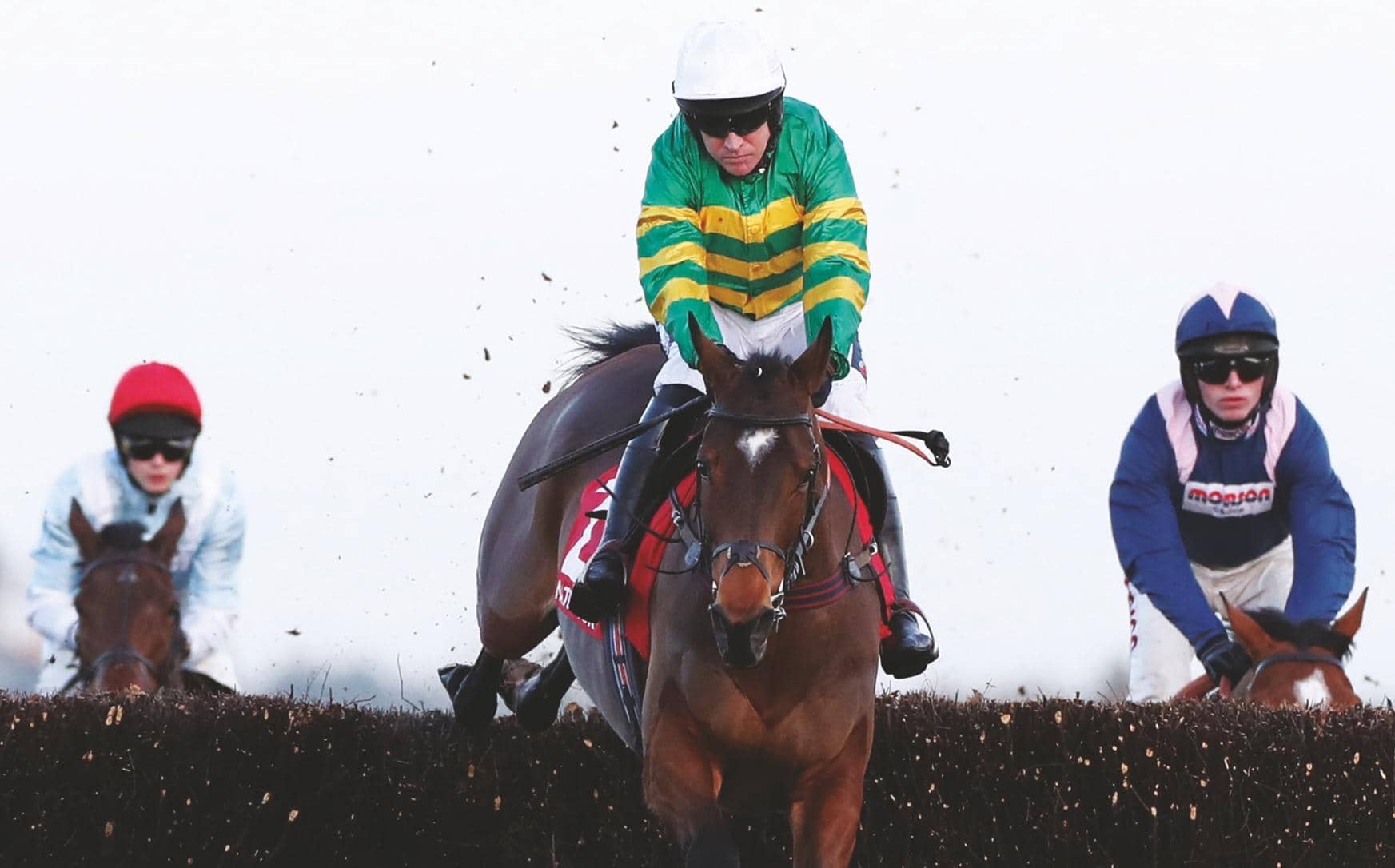