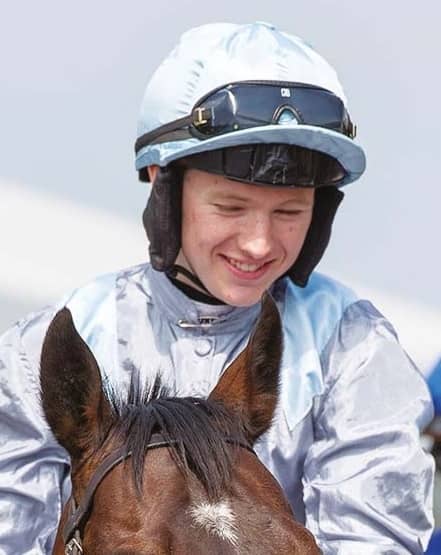 Karl Hedley reports on a stunning victory at Galway

Karl Hedley
The seven day Galway Festival went ahead behind closed doors and there was certainly a hint of the old normal as Dermot Weld took the opening maiden courtesy of Blue For You.

There were clear jitters in the market for the Aidan O’Brien-trained favorite Wembley and despite taking a narrow lead in the closing stages, it was plain sailing for the well-backed Blue For You, son of New Approach.

Oisin Orr slotted in behind the leaders on the rail before angling out for a run on the turn for home and win by three-quarters of a length. Dermot’s son Kris said: “He had to improve from his first run and we were optimistic that he’d handle the ground. His dam won at Cork in very soft ground. He toughed it out well and has shown a good attitude and hopefully, he’ll be up to Stakes level.”

The horse has been given an entry for the Champions Juvenile Stakes (Group Two) at Leopardstown next month and has to have a live chance if improving again.

The feature race on an opening evening was the Connacht Hotel Handicap worth in excess of €75,000. Sharjah has been a prolific winner over hurdles in recent years for Willie Mullins and despite being all of the rages in the betting ring, the seven-year-old had no answers when asked serious questions by Patrick Mullins in the closing stages. The pair trailed in a distant tenth behind the ultra-impressive Princess Zoe.

Tony Mullins and Finny Maguire combined with the readily-improving grey filly. She has proven to be a revelation since joining the yard at Wateree Stud having finished runner up on her debut at Navan before outstaying Tara Dylan over a mile and a half just nine days previous.

Unlike her previous win where she was backed as though defeat was out of the question, she was completely friendless in the market here and drifted alarmingly from 7/2 out to 7/1. Fortunately for those who kept the faith, the filly was none the wiser and progressed steadily as the race developed. Given a shake of the reins with a furlong to go she responded well to her jockey’s urgings to take over in the closing stages and won by a little over a length.

Tony Mullins said: “Bernard Cullinane found her for us in a sale in Germany. With the flights being so difficult, I decided not to go and that was very lucky because I know if I went I wouldn’t have bought her. When she arrived home she had quite crooked legs. Thanks be to God that I bought her on the phone and when she arrived I couldn’t do anything about it.