CHINDIT LOOKS READY TO STEP UP 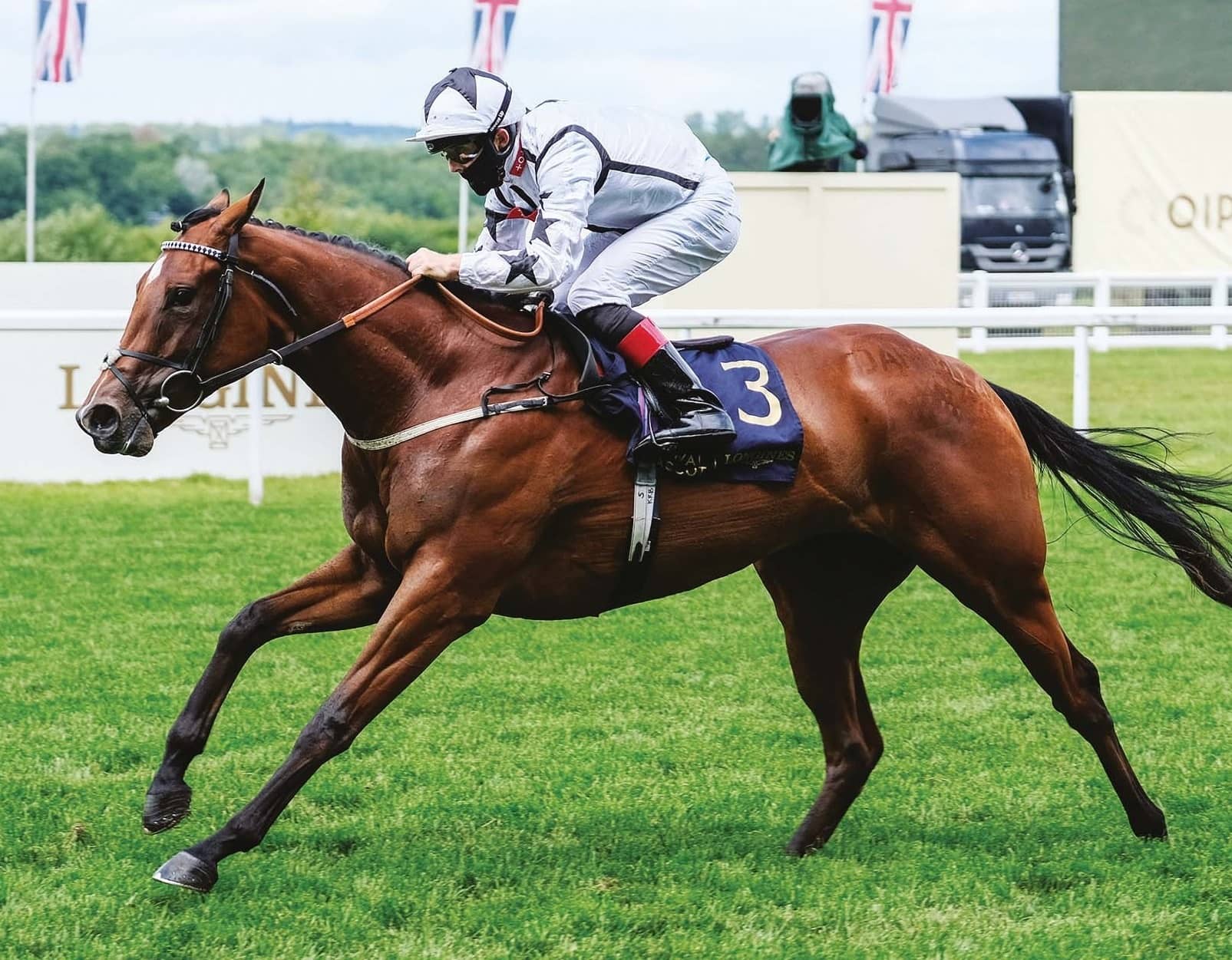 Ian Heitman with some eye-catching juveniles

The wait for spectators to return to UK and Irish races goes on but despite no spectators, as least we do have horse racing to watch and there has been some high-class racing in the last few weeks.

Chindit maintained his unbeaten record in the Listed Pat Eddery Stakes at Ascot on July 25, finishing well from the rear to beat Cobh by a length and three quarters with favorite Naval Crown in third. Chindit looks ready for a step into Group 2 company with the Champagne Stakes at Doncaster’s St Leger meeting the ideal race, a race his trainer Richard Hannon has won twice since he started training in 2014.

The following day saw the first Group winner for both trainer David Loughnane and jockey Thomas Greatrex courtesy of Santosha who won the Group 3, Princess Margaret Stakes, by three-quarters of a length from Hala Hala Hala with another Loughnane trained filly, Caroline Dale running well in third having pulled hard making the running.

Santosha was the second winner to come from Dandalla’s Duchess Of Cambridge Stakes, second-placed Fev Rover benefitted from a drop to Listed company in the Star Stakes at Sandown on July 21. Star Of Emaraaty who finished fourth in the Star Stakes was unfancied in the betting for her next start, the Group 3 Sweet Solera Stakes at Newmarket on August 8, going off at 66/1. She finished very strongly inside the final furlong to run down long-time leader Dubai Fountain with 75 yards to go to win by a length and a quarter with another outsider 80/1 shot, Seattle Rock, in third.

The Qatar Goodwood Festival saw a couple of high-class performances from Battleground in the Group 2 Vintage Stakes and Supremacy in the Group 2 Richmond Stakes. The battleground was too strong for his nine rivals, drawing clear from Devious Company inside the last furlong to win by two lengths, providing Aidan O’Brien with a third win in the race. Battleground will be aimed like 2019 winner, Pinatubo, at the Group 1 National Stakes at the Curragh on September 13.

Only two two-year-olds since 2010 have run Goodwood’s 6f course faster than Supremacy did in the Richmond Stakes, Natalie’s Joy and Ivawood. Supremacy was quickly out from stall two and crossed to the stands side rail, leading all the way, he only had to be pushed out inside the last furlong by Adam Kirby to win by four lengths from Yazaman who finished second for the third successive race.

The Listed Denford Stud Stakes, formerly known as the Washington Singer Stakes, was held at Newbury on August 15, with six facing the starter, three going into the race having won their only starts and they filled out the first three places in the betting. Dhahabi, a 3,100,000 guineas yearling purchase by Godolphin was the 6/5 favourite having made a winning debut at Newmarket three weeks earlier. Jumby, impressive on his debut at Ascot was at 9/2 with Francesco Guardi, the first winning newcomer for James Ferguson, at 5/1.

Saint Lawrence brought the best form into the race, fourth in both the Group 2 Superlative Stakes and Listed Pat Eddery Stakes but was at 11/2 as he set out in front under Andrea Atzeni. Despite being challenged for the lead by William Bligh and Francesco Guardi with a couple of furlongs to go, Saint Lawrence found plenty inside the final furlong and held off the late challenge of Dhahabi to win by three quarters of a length with Francesco Guardi in third and the hard pulling Jumby in fourth. Whilst Saint Lawrence came out in front, Dhahabi is mostly likely the better long-term prospect as he took a while to realise what was required but impressed with his finishing effort.