BIG BEN STRIKES TO BREAK UP THE BIG TWO 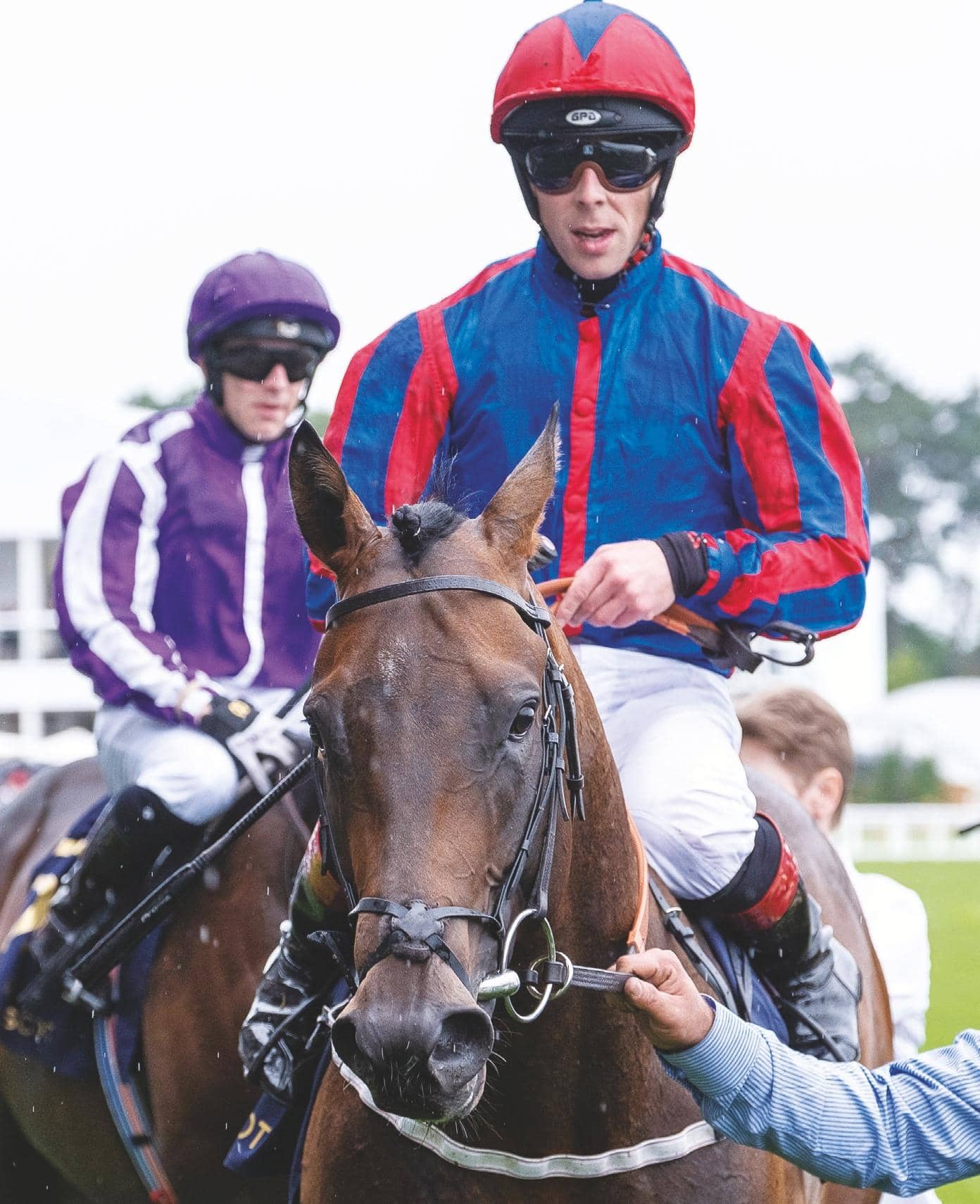 Adam Kirby and Luke Morris have each won three leading all-weather jockey titles since the AllWeather Championships began in 2013, however there will be a new champion this season. Ben Curtis has already surpassed the totals that won the jockey titles in the last three years and Morris’s total of 102 in 2014/15 looks under threat.

Curtis has been extremely consistent over the last few months and even managed to bag a valuable win in Dubai for Mick Channon in mid-January before jetting back to ride a double at Newcastle the following day. Mick Appleby, the runaway leader in the trainer’s title, has been the trainer to supply Curtis with the most number of winners, but he has ridden winners for 35 trainers.

Appleby looks set for a fourth trainer’s title and should be able to break his previous best of 51 winners set last season having trained winners at all six of the all-weather courses, with his local course, Southwell accounting for nearly half of his current tally.

Godolphin currently lead the way to be the leading owners for the sixth consecutive year but Lee Power’s Power Geneva Ltd is only a few winners behind.

The winners of the leading jockey, trainer and owner receive £10,000 as do the connections of the most successful horse and that looks to heading to the connections of Agent Of Fortune who has six wins to her name, her latest two wins coming in the space of just over 20 hours having dead-heated at Chelmsford on January 30, she won easily at Lingfield on January 31 and despite her next run being off a career high mark of 76, she is thriving and could easily add to her six wins. 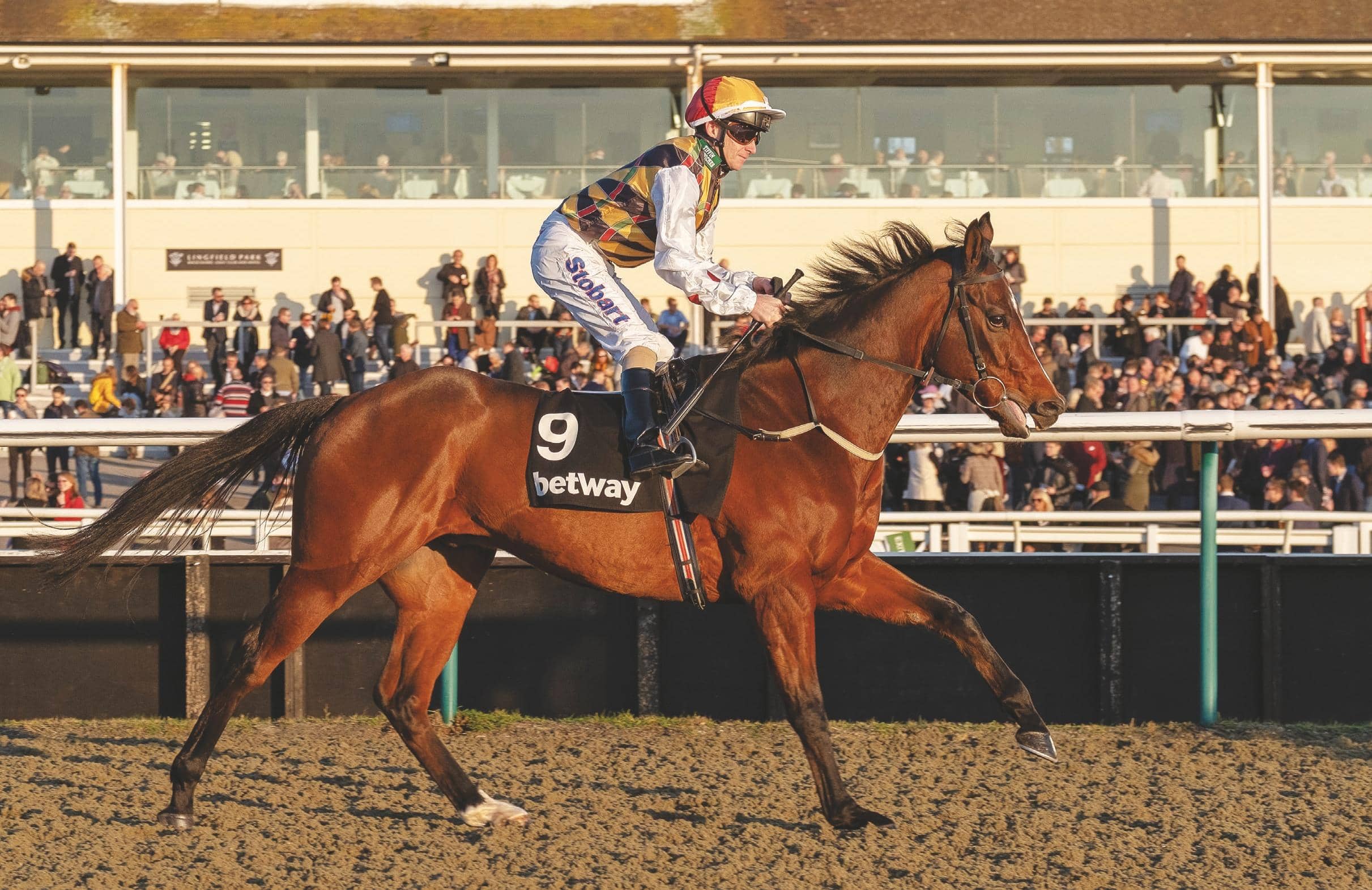 Despite there being a guaranteed place in the Three-Year-Old final up for grabs and a first prize in excess of £15,000, only four lined-up for the third of the four qualifiers, a 6f conditions race at Kempton on January 20. Amarillo Star was well supported to follow up a novice auction win at the track in early December and sent off the 6/5 favourite. Kondratiev Wave, the mount of record-breaking Hollie Doyle, was the 5/2 second favorite with Fleeting Prince, making his first start on the all-weather and having his first race since August, was at 100/30 and Get Boosting the outsider of the quartet at 9/1.

Kondratiev Wave was allowed an easy lead, closely followed by Fleeting Prince with Amarillo Star racing in touch whilst Get Boosting was held up in the early part of the race by Franny Norton. All four had a chance turning into the straight, Get Boosting the first to crack, fading over furlong from the finish and coming home last. Amarillo Star took the lead with a furlong to go and went a neck ahead of Kondratiev Wave with Fleeting Prince a bit tapped for speed until he was switched to the inside by Kieran Shoemark and finished off strongly inside the last 100 yards. Kondratiev Wave kept on well under a strong ride by Doyle and managed to regain the lead in the last strides to win by a neck with Fleeting Prince only a short head away in third.

Kondratiev Wave is the lowest rated of the three fast track qualifiers with a mark of 90, Temple Of Heaven, winner of the first is on 104 and Maystar is rated 97. Kondratiev Wave has improved in each of his three starts since joining Tony Carroll and needs to improve a lot more if he is to beat the two other qualifiers on Good Friday.

Dazzling Des had finished one place behind Kondratiev Wave when third in a handicap at Lingfield on December 30 but won at Lingfield on January 18 when reversing form with the winner of that race, Little Brown Trout, beating him by a length and a quarter. He was raised 4lb for that win and stepped up from class 4 company to class 3 at Lingfield on February 8 when he faced four rivals which included Electric Ladyland who he had beaten at Lingfield when the pair met in January.

Dazzling Des had met another of his rivals, Expressionist back in July in a Listed race at Sandown, when Expressionist was fifth and Dazzling Des eighth. Expressionist had been off the track since that run and had been gelded and was making his handicap debut off a mark of 89. Will To Win was bidding for quick-fire hat-trick on the all-weather in 2020 having won at Wolverhampton and Southwell in January and he headed the market at 7/4. Never Before, winner of a maiden at Dundalk for Joseph O’Brien on his most recent start on January 24 was bidding to extend the trainers good record with his runners in the UK so far in 2020, three winners from five runners, and he was at 5/2.

Will To Win broke well from the stalls and was soon in control of the race with Expressionist and Never Before chasing the pace with other pair held up, Dazzling Des pulling too hard and that cost him, never managing to challenge in the straight. Will To Win was clear by a couple of lengths turning into the straight and kept on well as Never Before closed well inside the last furlong, half a length the winning margin. Electric Ladyland never challenged in third whilst Expressionist ran finished well beaten in fourth.