BATTAASH PUTS THEM ALL TO THE SWORD 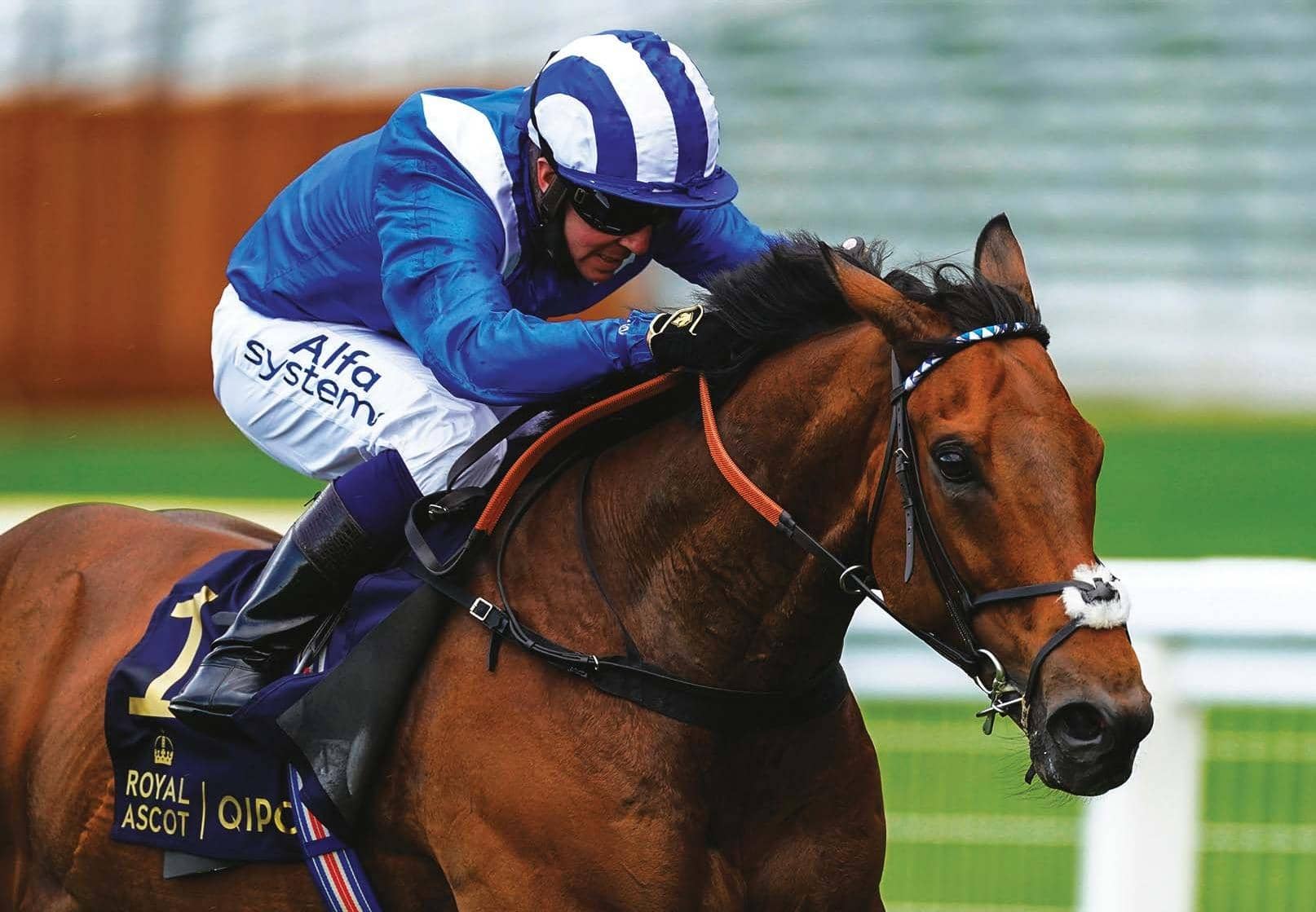 BATTAASH made it third time lucky in the G1 King’s Stand Stakes, the five-furlong highlight of Royal Ascot.

The six-year-old gelding, owned and bred by Hamdan Al Maktoum, never looked in any serious danger as he blasted away to win by two and a quarter lengths from stablemate Equilateral.

Trainer Charlie Hills said: “Fantastic, he was really on his ‘A’ game. He was beautifully relaxed before the race and as soon as the gates opened you could see he was going to be very hard to beat.

“He has been quite relaxed in his work at home, until Saturday when he was really quite strong in the first half of the gallop, I think he’d got to the point really when we needed to get a race into him. The race will do him the world of good, we can train him off today.

“Obviously we’ll have to speak with Sheikh Hamdan, but I am really looking forward to going back to Goodwood to try and win the King George there for the fourth time, I think that would be some achievement to do that.”

The 4-1 favourite son of Galileo had to battle hard in the final furlong, coming out on top by head from Terebellum (5-1) after a sustained duel. The pair drew right away from the rest of the field, with Marie’s Diamond three lengths away in third.

Aidan O’Brien, recording his 71st Royal Ascot success, said: “We were delighted with that performance. Circus Maximus is very tough, he travels with a lot of speed, then quickens and then toughs it out. It was unbelievable, really. Ryan gave him an unbelievable ride and we are delighted.

“Circus Maximus is a very good horse. He is a Galileo from a good family and has a great pedigree. He is tough, has pace and is brave – he is a trademark Galileo.