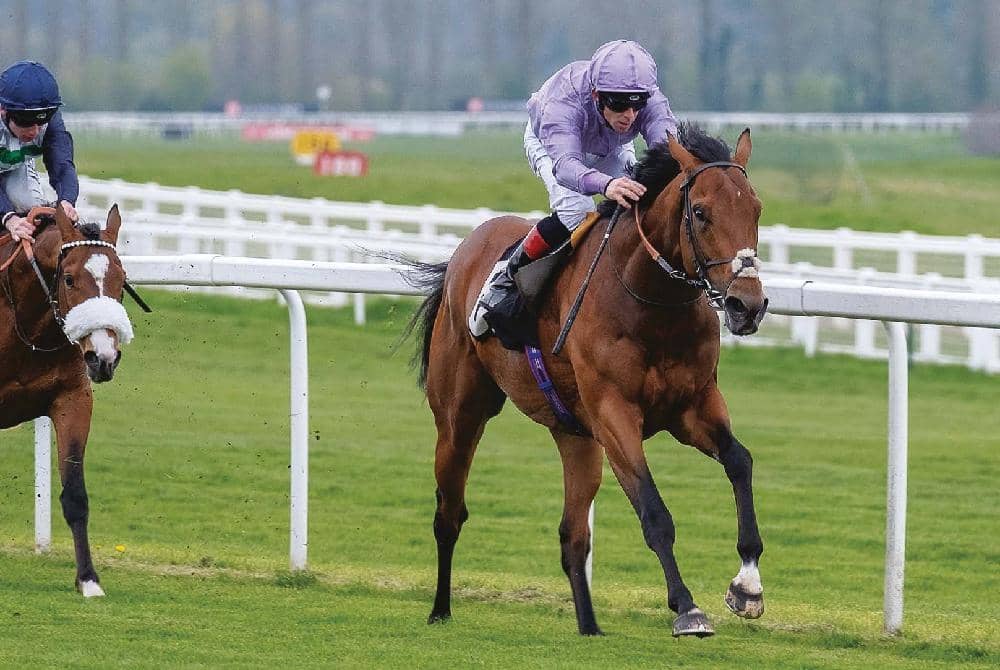 Above average form RIDGEWAY AVENUE (James Ferguson) looks the part and ran a cracker to chase home a useful James Fanshawe-trained newcomer. He’s got a smart American pedigree, bags of pace and will be hard to beat if switched to all-weather surfaces.

Easy winner GOLDIE HAWK (Chris Wall) is a strapping filly who landed a touch (111 to 11-4) on her handicap debut. She still looked green when hitting the front, remains well treated from a revised mark of 66 and is certain to pinch another race or two.

Run-of-the-mill race VIOLA (James Fanshawe) has improved physically and produced a personal best to win this. She has a decent turn-of-foot for a filly running at this level and is more than capable of defying a new rating of 80.

WICKLOW (Tom Ward) was nibbled at in the morning and impressed in the prelims. Unfortunately, he flopped out of the gates and looked clueless before running on strongly to nick fourth when the penny dropped. He looks a long-term project and is one to bear in mind when moved into low grade nurseries.

6f handicap (Class 2) Hot form WOVEN (David Simcock) looked in cracking shape but was easy to back near the off. He travelled like an inform horse though and picked-up strongly inside the final quarter-mile to chase Atalanta’s Boy home. He stays further and will get his head in front soon.

Competitive event BAGARA (Richard Hannon) was heavily backed on this handicap debut (12-1 to 9-4) but was badly baulked when exiting the stalls. He performed a minor miracle to run on into third and compensation awaits.