A RACE FOR THE AGES 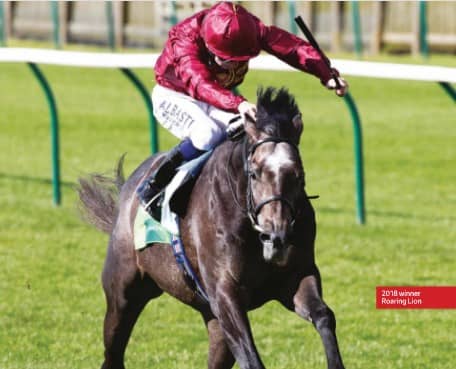 This year’s Juddmonte International – the highlight on the opening afternoon of York’s four-day Ebor meeting – was won by Ghaiyyath.

The race has been won by some of racing’s modern greats, including Frankel and Sea The Stars, but there has also been some huge shocks, including when Brigadier Gerard was beaten in the first edition of the race – run under the banner of the Benson and Hedges Gold Cup – in 1972.

The story of the 1972 Benson and Hedges Gold Cup is comprehensively covered in an article on Brigadier Gerard, one of 53 in-depth profiles recently published by horseracing analysts Timeform to highlight the greatest racehorses, over Flat and jumps, since the company first started publishing its world-renowned ratings in 1948.

Brigadier Gerard earned a rating of 144, which places him behind only Frankel (147) and Sea-Bird (145) in the pecking order among the best Flat horses, and his defeat by Roberto in the Benson and Hedges Gold Cup was the only time he failed to win in an 18 race career.

“Even though Brigadier Gerard’s opponents included the first two in the Derby, Roberto, and Rheingold, few forecast that they would give Brigadier Gerard much trouble on weight-for-age terms,” Timeform’s writer recalls.

“However, three furlongs out it was clear all was not well with Brigadier Gerard and there was little response. With Roberto keeping up the strong gallop, Brigadier Gerard was beaten before the final furlong and ITV’s John Penney concluded his commentary with the words ‘Brigadier Gerard’s unbeaten record is absolutely smashed to smithereens’.”