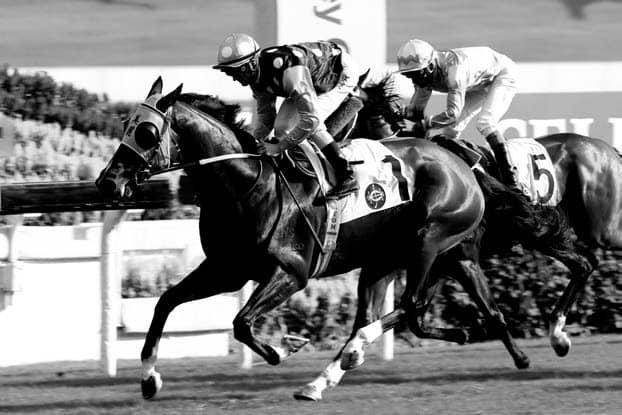 Beauty Generation caned his rivals on his return to action in the G3 Celebration Cup Handicap (1400m) at Sha Tin, Tuesday, 1 October.

Hong Kong’s star galloper displayed imperious form at his first start of the season. The brilliant bay brushed off the burden of 133lb, as well as large weight concessions to all his rivals, and surged to victory in a track record 1m 20.05s.

“He’s just an amazing horse. To do what he does defies logic to a certain degree,” jockey Zac Purton said. “We only just started to see the best of him at the end of last season so I believe he’s still got plenty ahead of him now.”

“That’s the first part of the mission accomplished!” trainer John Moore said. “With the tail-wind in the straight today I thought he’d have to break a track record to give so much weight away to the others and he did.

MORE STORIES FROM PUNTERS' WAYView All