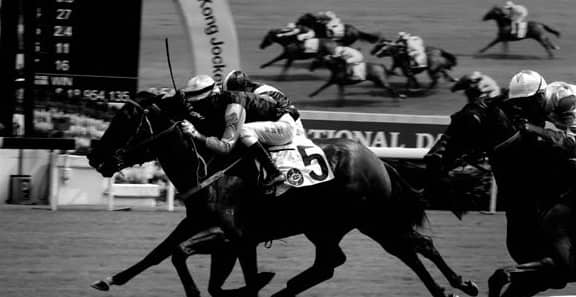 The best laid plans don’t always pan out but when the outcome is achieved regardless, the plan is irrelevant anyway.

That was the case for Joao Moreira at Sha Tin (Tuesday, 1 October) as the gun Brazilian fired Full Of Beauty (115lb) to victory in the G3 National Day Cup Handicap (1000m).

“That was Plan B!” Moreira said after John Size’s charge had overcome a tardy start to land the Hong Kong season’s first Group race in a hot time of 55.16s.

“I was forced to handle the race that way because he didn’t jump as well as we were hoping. But John Size passes on great confidence to me, so when that happened I could ride him knowing that the head of the team knew I was doing my best for all of us,” he added.