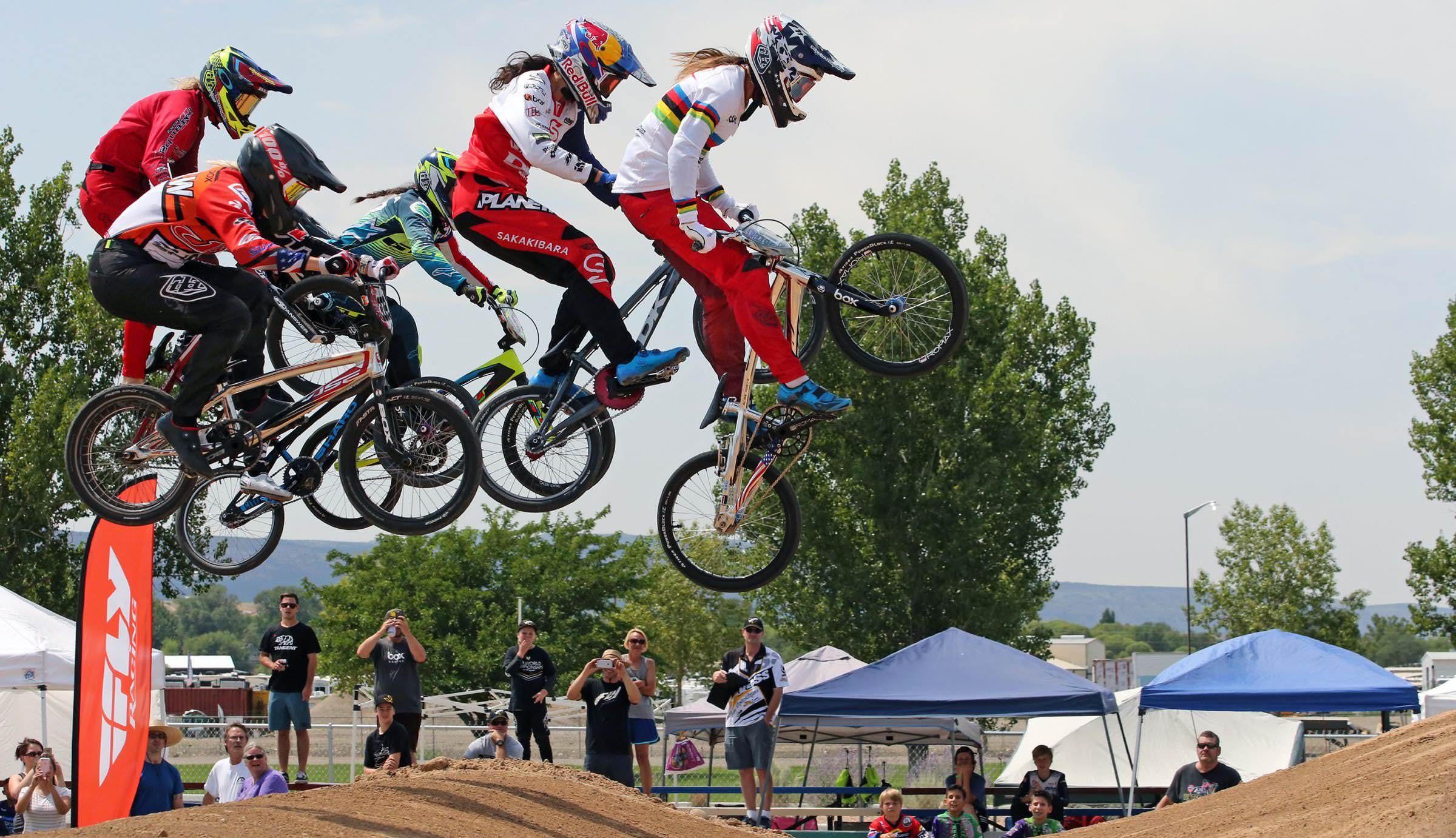 Located at the Mesa County Fairgrounds in Grand Junction, CO., Grand Valley BMX has been Colorado’s top track for so many years now that we’ve lost count. (But if you ask track operator Nick Adams, I am sure that he can give you the exact number).

A few years back, Grand Valley BMX installed a trussed Olympic-sized starting hill and it has hosted a North American Super cross race ever since. Again, this year’s race would be a Pro Series event - and with it being held only one week after the Worlds, there were quite a few foreign competitors in attendance before they caught that next flight out on Sunday to their homeland of choice. A few recruits from the Dutch Army’s “Orange Crush,” along with a fast and furious Japanese contingent, the entire British Cycling team and plenty of Aussies all arrived in Colorado to experience the Mile Highs. With only three more Pro races left in the season - and a super tight chase for the Cup, this weekend would play an important part for the 2017 No.1 Pro plate.

Compared to the heat and humidity of the previous week, Colorado was a pleasant switch, with clouds on and off and temps in the 80’s. Each night it rained; which was Mother Nature’s way of a much-needed watering on the recently re-constructed course. Due to weather conditions since the rebuild, they’d been unable to soil-tac the track, which gave this weekend’s racing a touch of the 90’s.

MORE STORIES FROM PULL MAGAZINEView All