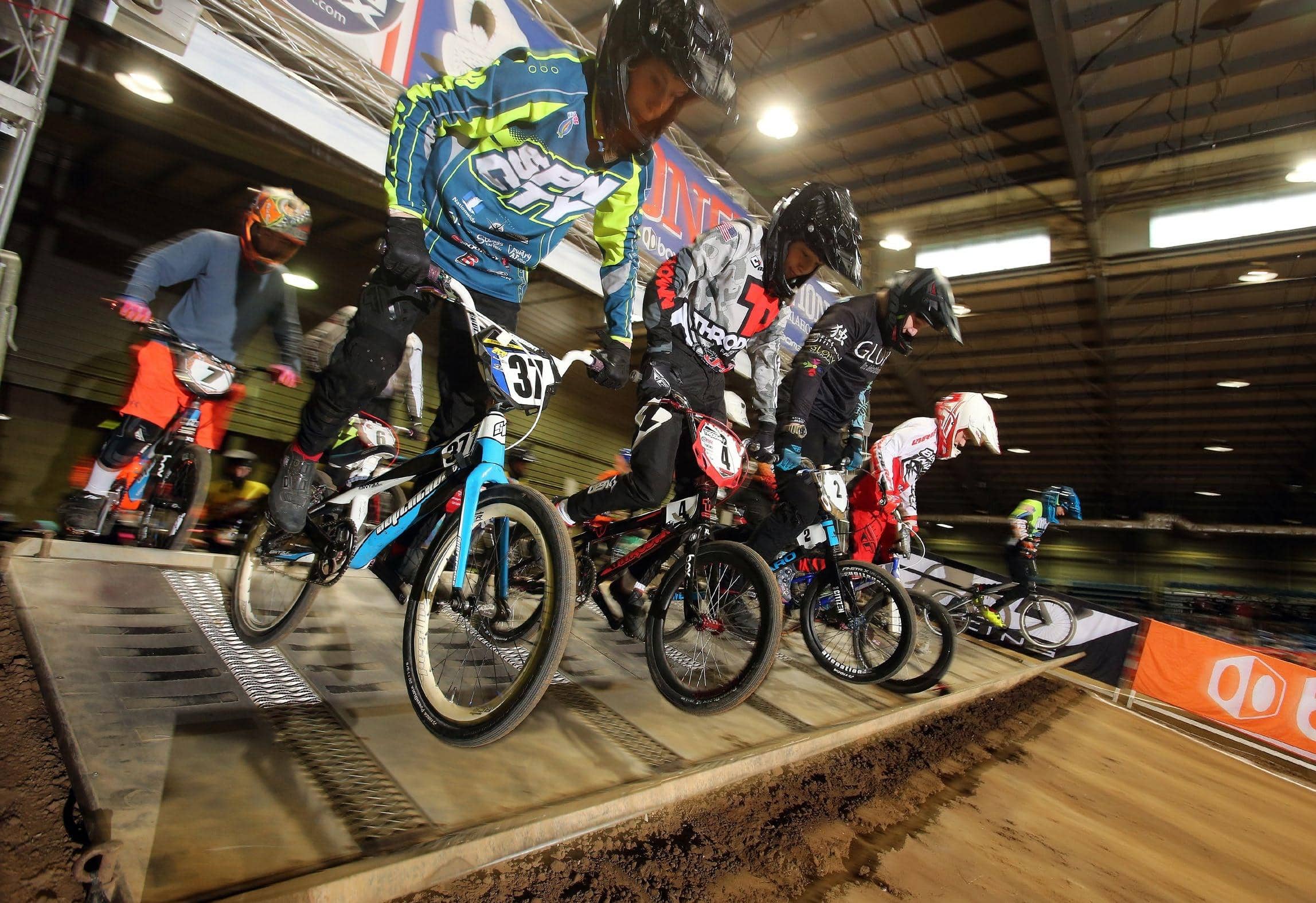 The BMX world loves them some Tulsa - and it usually coincides with a turkey dinner. But this time ‘round, stop #3 on the USA BMX circuit was for the Sooner Nationals, held inside the Ford Truck Arena (right across the parking lot from the Grands Expo). And much like the Grands, the main event action kept getting more excit ing right up until the final main.

While many of the World’s top Elite pros were down unda’ waiting for clouds to clear in Bathurst, USA BMX saw a couple of AA-pros show up at Sooners for some early-season, indoor action. Throdwn’s Kenny G and Texan Tanner “T-Bone” Sebesta joined a bunch of the Marian University team and A-pros to kick off the weekend. This was the first race back for Sebesta, after healing up from a crash last year. On his time-off, he’s been doing a lot of coaching, working with a lot of Texan amateur racers - and he’d just became a dad for the second time, with the arrival of a daughter a week earlier. “I was lucky to get away to come here,” he admitted. 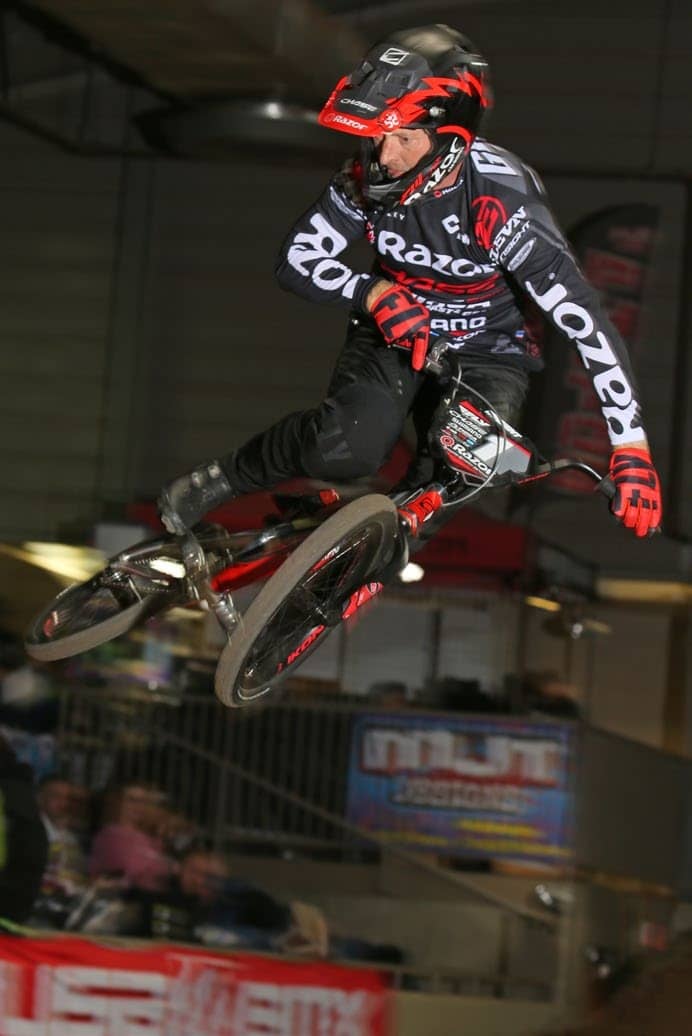 In the end, though - even T-Bone couldn’t catch the speed and smoothness of Kenny-G, who took his tan and black Throdwn to easy wins all three days. With 2020 being an Olympic year, a rider like Kenny-G could put himself in serious contention for the USA BMX No.1 Pro title while the other guys are focused on that big little race in Tokyo this summer. 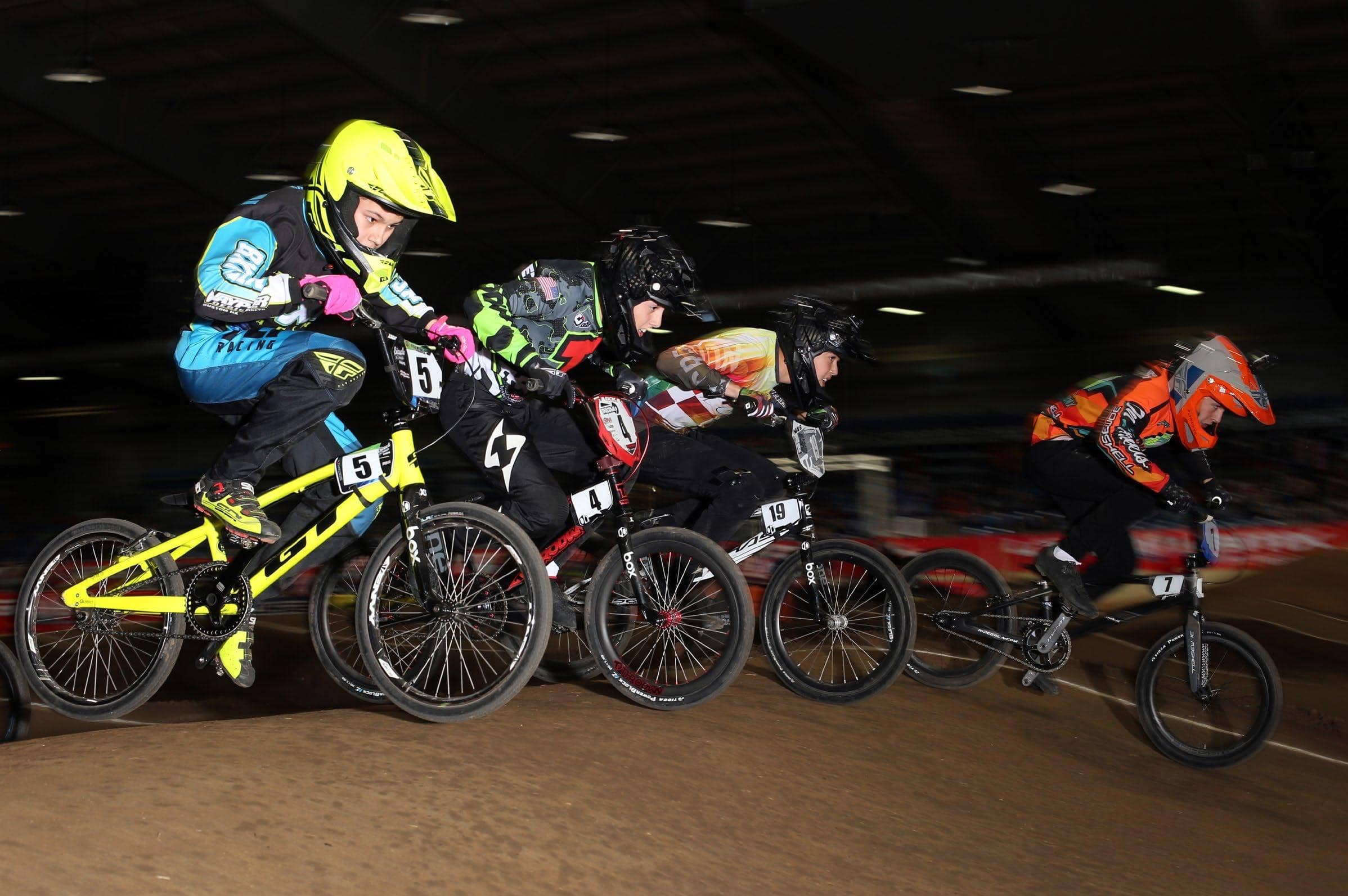 This year’s Tulsa track was back to the traditional, tried and true “M”-shape. (Or, if you’re on the MJT Designs end of the arena, you might think it’s a “W”). At 850 feet in length, it was the third “short track” race of the season - which always makes for gnarly action. We overheard a lot of riders in staging saying that the rhythm down the third straight was one of their favorites. ...except for Alfonso Giganti, who in the end wasn’t too fond of it, and probably is still asking “What rhythm section?” Turn two was adorned with the familiar 8-foot tall letters: T-U-L-S-A, officially making it the “Tulsa turn.” Sometime on Saturday, during the motos, one novie tried to jump thru the middle of the “U” - but failed. With a plentiful supply of dirt, all three turns were monsterous, and had just as monsterous an amount of moves being made in every corner. Carvability and swoopability were high this weekend, for those riders who’ve graduated from the School of Bubba Harris. 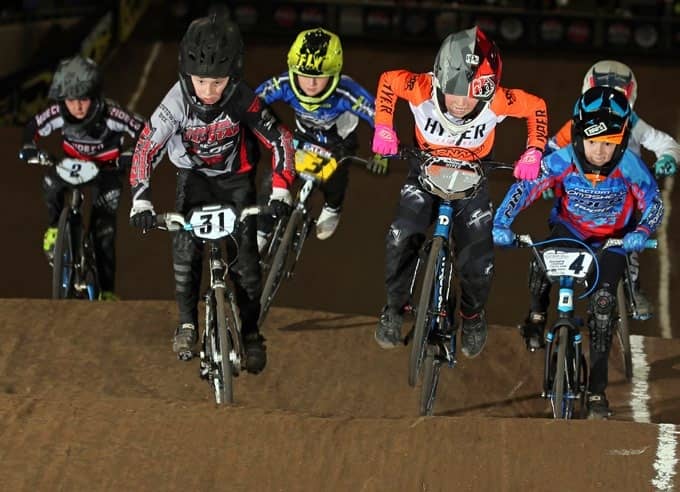