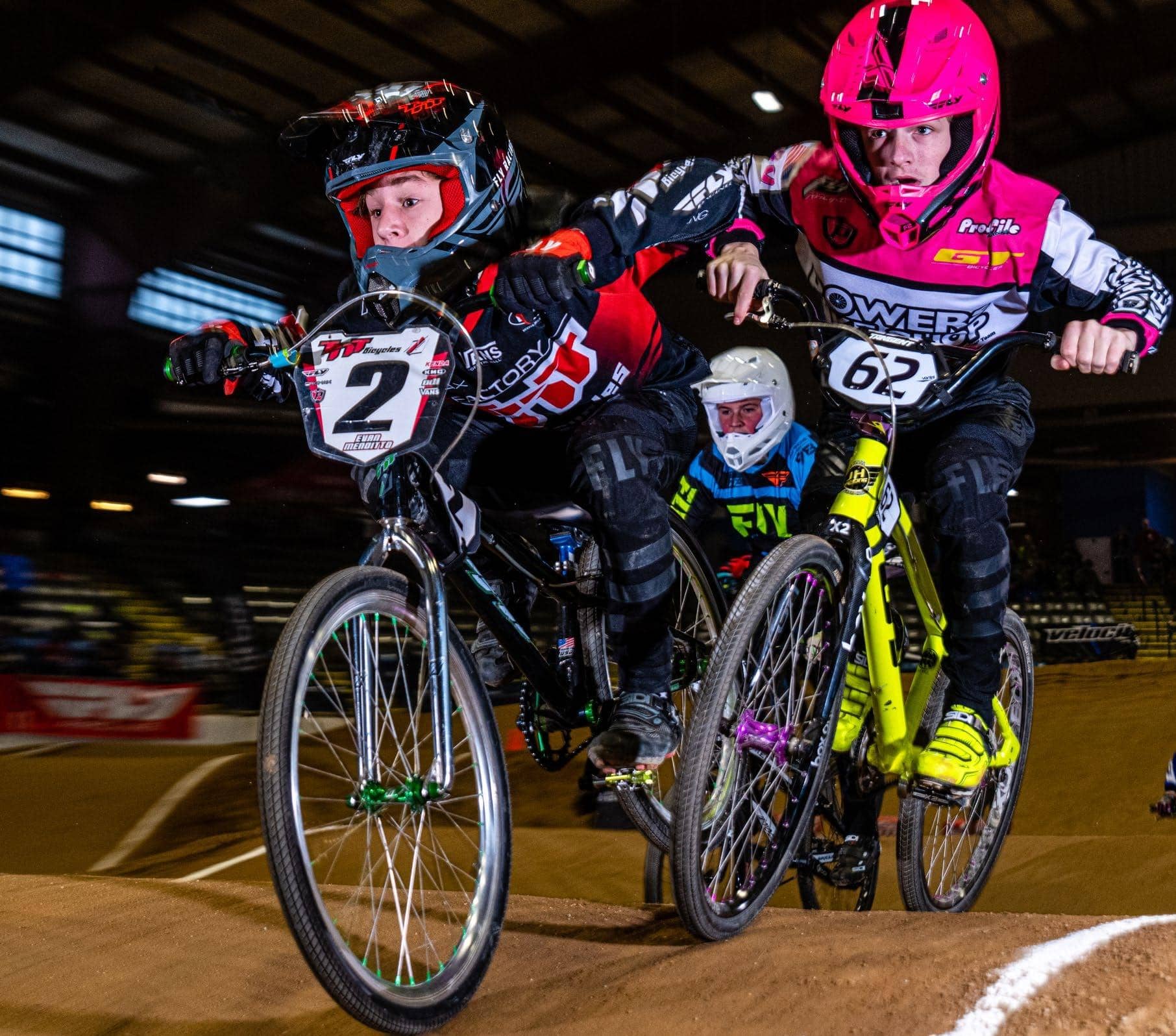 The secpond stop on the 2020 National circuit was close to home for riders from the East Coast, being held at the Virginia Horse Center in Lexington, Virginia.

This was the first time a USA BMX National event was held at this paerticular venue, but it wasn’t a fiest for BMX. Previously, the NBL has held a large BMX event about 10 years ago. The arena was a near perfect fit for a race of this caliber, with great dirt that meant we were in for a lot of really fast short track racing. There was plenty of pit space for teams to set up tents around the perimeter of the track, with not a bad seat in the house for spectators.

An added bonus for this weekend’s event was that it was also the President’s Cup race, which meant that riders raced for individual points in their age groups as well as points towards the State-vs-State battle as part of the 80’s tradition. For the past nine or so years, California has dominated the President’s Cup. But this year they were almost unseated as Virginia tied with Cali for the top spot leaving about seven other East Coast states right below them, only a few points behind.

I am not sure if it was the fight for the President’s Cup, the awesome dirt and track layout, or maybe just that it has been a little while since the East Coasters have been on their bikes but there were some of the fastest and craziest motos this weekend. The track was in great condition and hard-packed even on day one. It would seem that with all of the paved turns on tracks a lot of the riders forget that you cannot dive to the bottom on a dirt turn entrance. There were dozens of pileups and carnage in all age groups and proficiencies, and no amount of sweeping the track can remove the dust which, at times, made the berms resemble an ice race (only without the studded tires). The super sharp last turn was the one that took out even the best riders, leaving them carrying their bikes and sprinting towards the finish line on foot. The incredibly tight last turn also made it easy for the inside rider to send the outside opponent off the “exit in turn three” (as Greg Harrison called it). Whether you gave ‘em a little bump or stole their line, the last turn made it very difficult to complete a clean pass.