‘it's Real Football, So You're Never Going To Be Perfect' 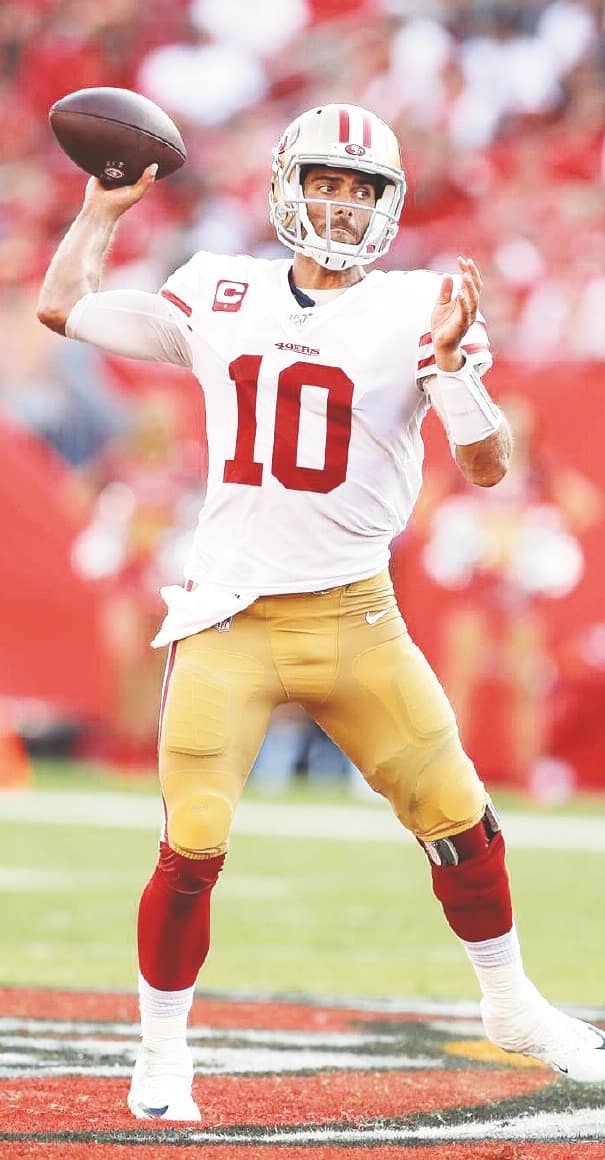 Jimmy Garoppolo took the field for regularseason action for the first time since tearing his ACL last season. The quarterback spoke about his return, his new receivers, and the expectations for the 49ers this season:

Q: What’s been your focus this week as you return for Week 2?

A: You know, just little details offensively, complementing the defense. When they make a big play, how do we answer that up and everything once we get the ball. Yeah, I think we have a good game plan so far and we’ll keep it going the rest of the week.

Q: Talk about the chemistry you have with Deebo Samuel and how he has kind of responded as he kind of gets going in his rookie year…

A: Deebo, you know, he’s still got a long way to go and everything, but he has natural talent, he’s powerful, he can run through defenders as you saw on Sunday. It’s nice having a guy like that. Just when he’s in tight spots, he makes the tough catches.

Q: That earns your trust basically, knowing that he’s…

Q: What did you see when you watched the tape for yourself?

A: Things to correct. Missed a couple throws I wish I could’ve had back. Little things, they’re fixable, too. Just got to learn from them week-to-week and keep progressing.

Q: Were any of the things that you saw things that you probably would’ve seen if you had played a full season last year or things you saw in the five-game stretch at the end of ’17? Just in terms of things that, since you’ve been out for a little while, the rust factor? Maybe you weren’t processing as quickly?