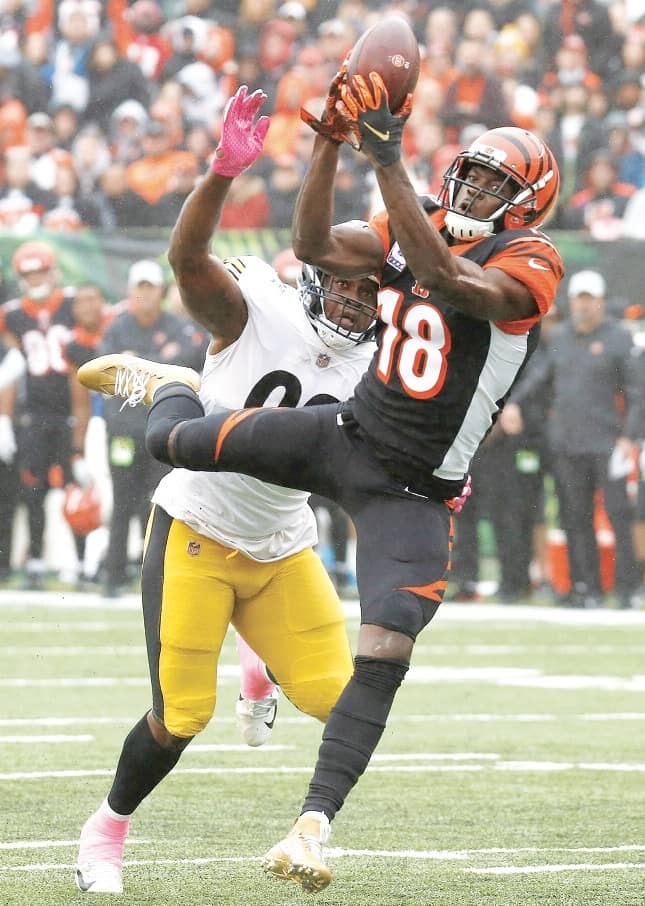 Cooper has a great size-speed ratio, running a 4.5-second 40-yard dash, and is coming off a career-high 8 TDs in 2019. The fourth overall draft pick in 2015, Cooper was acquired by Dallas during the 2018 season for a first-round pick, so it’s hard to imagine the Cowboys won’t re-sign him. Cooper also runs good routes and has terrific hands. $$$$$

Everyone knows what a great receiver the seven-time Pro Bowler is, but the injury bug has bitten Green the last few years. Any team had better give him an extensive physical before offering a big-money deal. He missed 2019 due to torn ankle ligaments, missed half the 2018 season with a toe injury that needed surgery, and landed on IR in 2016 with a torn hamstring. $$$$