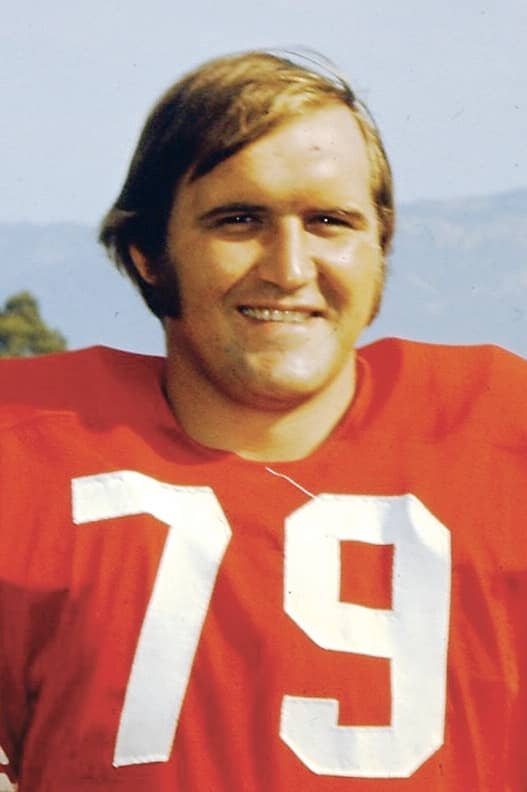 The 49ers Family lost one of the franchise’s all-time greats when Cas Banaszek died Dec. 4 at age 74. San Francisco’s first-round draft pick in 1967, Banaszek settled in the next season as a cornerstone starter at right tackle throughout the team’s first championship era, combining with Len Rohde along a star-studded offensive line to give the 49ers one of the greatest tackle tandems in franchise history. Banaszek was a standout in his own right, helping guide San Francisco to three consecutive NFC West titles from 1970-1972 and providing the team with enduring excellence to land a prominent position on this list of the best offensive tackles in 49ers history.

1 Bob St. Clair (1953-1964): Selected as either a first-team or second-team All-Pro in nine of the 12 seasons he played in San Francisco, his hometown, St. Clair still holds down the top spot as the franchise’s best offensive tackle more than a half-century after he retired. One of the tallest players in franchise history at 6-foot-9, the colorful and iconic figure in team lore played in five Pro Bowls and is the only offensive tackle to represent the 49ers in the Pro Football Hall of Fame, where St. Clair was enshrined in 1990.

2 Joe Staley (2007-present): Still residing in the upper-tier of NFL tackles this year in his 13th season, Staley is now running neck-and-neck with St. Clair for franchise-best status and could reach that pinnacle depending on how he closes out in the twilight of his terrific career. The only offensive tackle in team history to be named to five consecutive Pro Bowls, Staley added a sixth Pro Bowl to his resume in 2017 and was named second-team All-Pro three consecutive seasons from 2011-2013 as the 49ers reached the NFC title game each of those seasons.