The stuff of legend 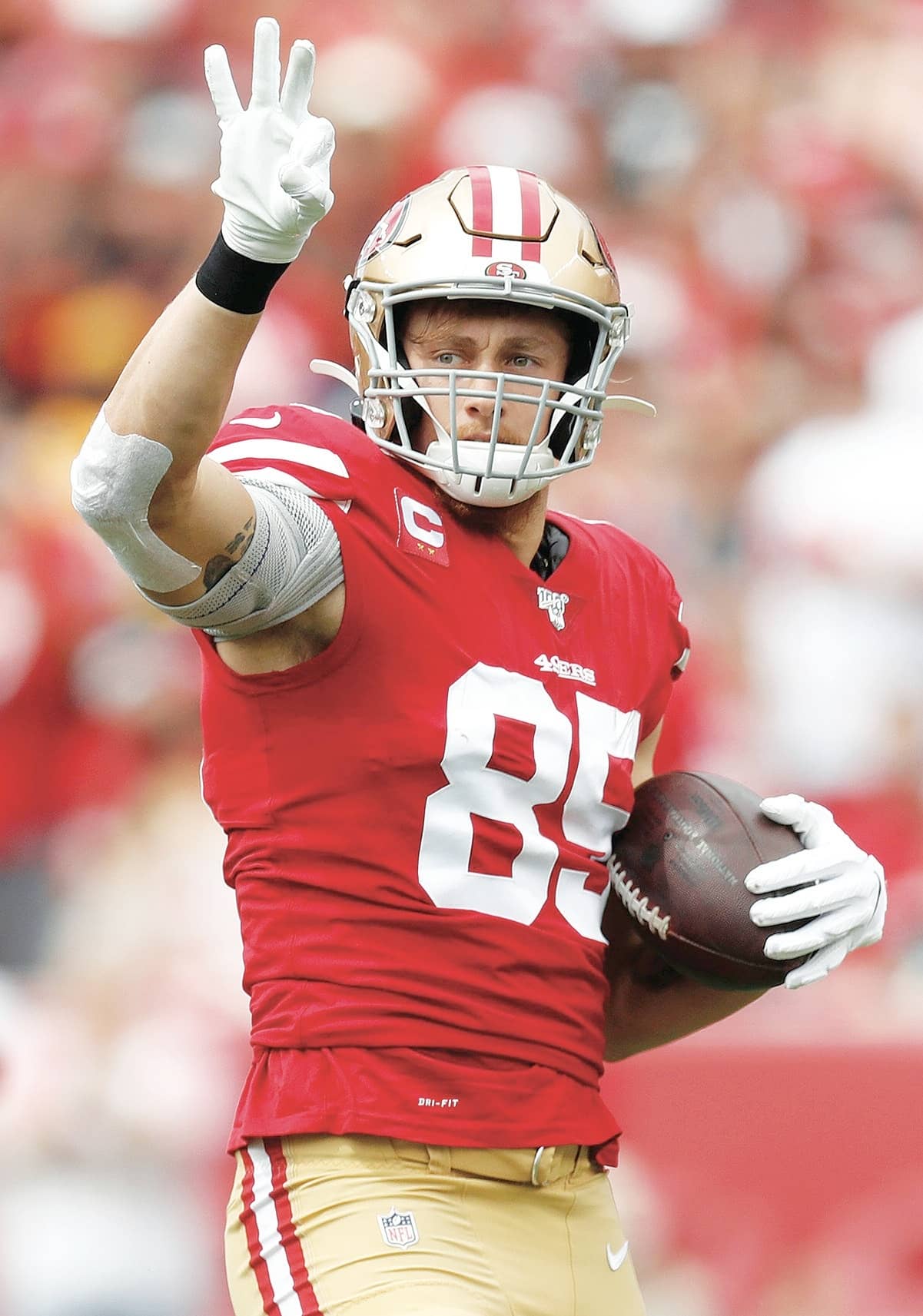 Kittle’s prodigious impact on 49ers evident after his return

Slipping deftly out of the slot in a three-wide formation, then juking a defender at the line of scrimmage before cutting left to gain separation, George Kittle looked back and reached out for a fourth-down pass from quarterback Jimmy Garoppolo with the game — and perhaps a memorable 49ers season — on the line.

Kittle has been there before, in this kind of crucial situation, but this time it was more, this time it was special, this time it was everything. With a sellout crowd of 73,038 in the Louisiana Superdome thundering as loud as is humanly possible in the game’s final seconds, Kittle had the No. 1 seed in the NFC playoff race in his grasp and in his control.

Kittle, of course, knew exactly what to do with the moment.

He certainly knew what to do with the football. Kittle pulled it into his soft hands, then broke a diving tackle attempt by New Orleans defensive back C.J. Gardner-Johnson at the first-down marker before surging into the open field.

Kittle got the first down in this momentous battle between NFC frontrunners who shared the best record in the conference two weeks into December.

And then Kittle got more. A lot more. “George is a beast with the ball in his hands,”

Garoppolo said. “So it’s just got him the ball in space and let him go to work.”

George The Beast certainly went to work on the New Orleans defense. And after a stupendous play that will now have a place in 49ers lore, the Play of the Game to decide the Game of the Year in the 2019 NFL season, the 49ers were 53 yards down the field and in position to kick the game-winning field goal in a season-defining 48-46 win over the Saints.

Kittle’s big play was the stuff of legend, the kind of legend that just keeps growing and Kittle just keeps adding to in just his third season in the NFL.

“Everyone knows how good of a player he is,” 49ers coach Kyle Shanahan said. “But when one of your best players has the mentality he has, that changes everything.”

Kittle has the mentality that he can’t be stopped. Combine that with his size, power and speed — not to mention his supreme skill as both a driving run-blocker and play-making, catch-everything receiver — and Kittle is the total package at tight end that often can’t be stopped.

He certainly wasn’t during make-or-break time against the Saints.

Once alone in the open field, Kittle never gave any thought to going out of bounds to stop the clock, instead galloping down the left sideline unchallenged before he finally was encountered first at midfield by New Orleans safety Marcus Williams.

“I knew the guy on the other side was in a bad situation there,” Garoppolo said.

Kittle ploughed into Williams and took him for a ride. Like a bucking bronco, Kittle bulled his way forward with Williams helplessly trying to bring him down, flagrantly grabbing Kittle’s facemask along the way and holding onto it for 15 of the 22 yards Kittle carried Williams down the field before safety Vonn Bell — and then Gardner-Johnson — both arrived to also be carried further forward before the trio finally dragged down Kittle after a 39-yard gain.