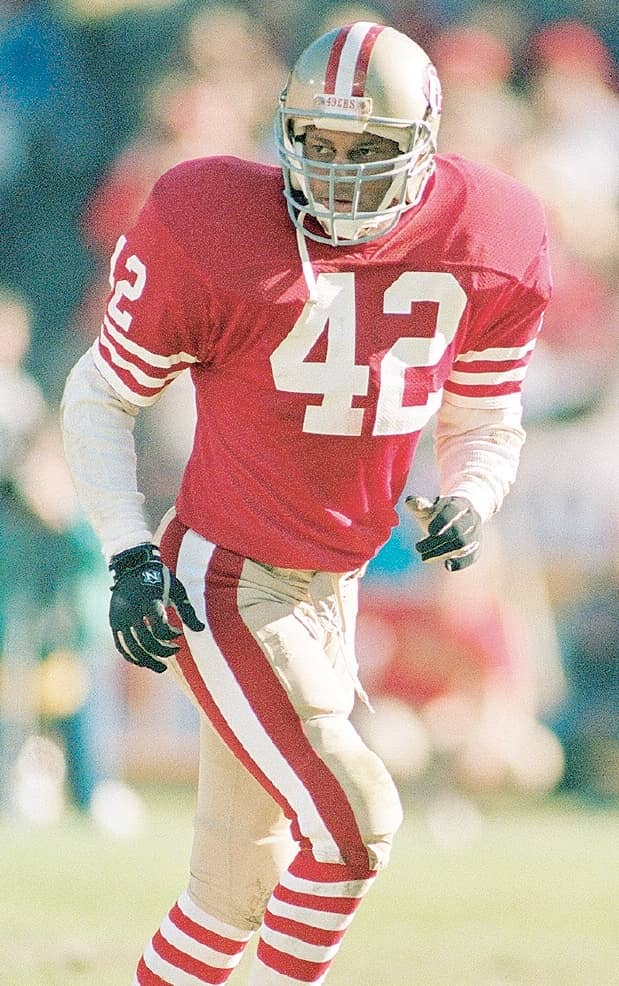 The 49ers have vaulted back among the NFL elite this year largely behind the play of an impact defense that deep into November has grouped itself among the best in San Francisco history.

If this 2019 unit remains at that level the remainder of the season, there surely will be a place for it on this list of the most dominant defenses the 49ers have fielded.

1 1990: The greatest four-year run of defensive dominance in franchise history culminated with this unit finishing third in the NFL in total defense and second in rushing defense with Charles Haley winning NFC Defensive Player of the Year honors after a 16-sack performance. This would also be the swan song for Ronnie Lott in a 49ers uniform with the future Hall of Famer earning All-Pro first-team honors for the seventh time in 10 seasons.

2 1981: It was defense that got the San Francisco dynasty rolling in this magical Super Bowl season, as the arrival of Jack Reynolds at linebacker and rookies Ronnie Lott, Eric Wright and Carlton Williamson in the secondary helped transform a unit that finished second in the NFL in total defense (the 49ers ranked 13th in total offense) and third in passing defense. Defensive end Fred Dean and safety Dwight Hicks joined Ronnie Lott on All-Pro teams and Dean earned NFL Defensive Player of the Year honors.

3 1989: As an encore after winning Super Bowl XXIII the season before, perhaps San Francisco’s best team ever also had one of the franchise’s best defenses. Ronnie Lott was the headliner, but a unit that finished fourth in the NFL in total defense had standouts throughout the lineup and a stellar front seven that rotated 11 quality performers.