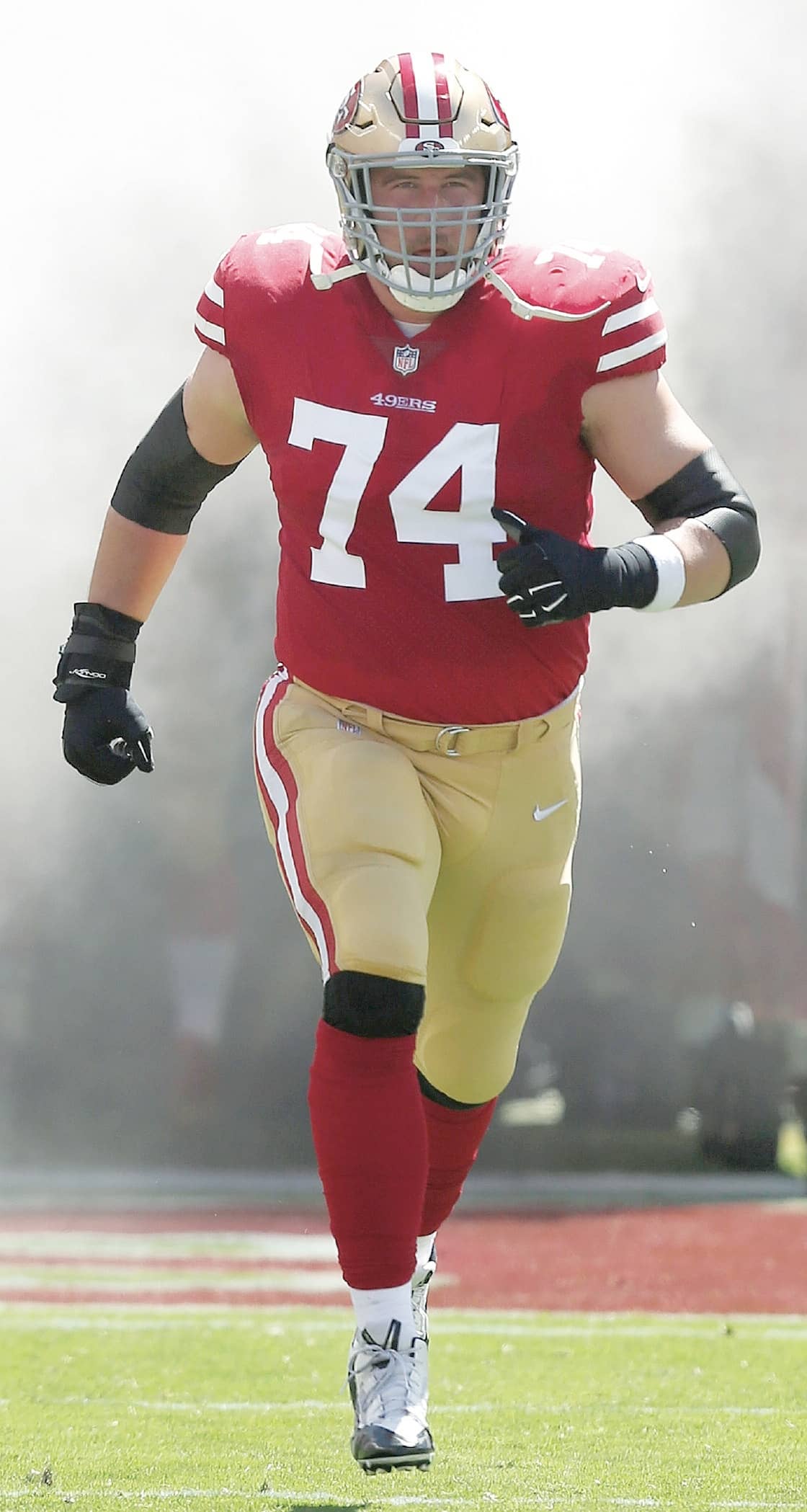 Joe Staley’s long and winding road with the 49ers could fill a book. A 500-page book. It would be stuffed with stories of resilience, accomplishment, compassion, satisfaction, survival, redemption and hundreds of other tantalizing tales of spending 13 years in the NFL as one of the greatest offensive tackles of his era and, to be sure, one of the greatest players and human beings ever to grace the San Francisco franchise.

That’s Staley in a nutshell. But there’s no nutshell big enough to encase the true meaning and impact the congenial 6-foot-5, 300-pound veteran had on the only team he played for throughout his long and distinguished professional career.

Staley is truly one of a kind.

“He embodies absolutely everything about football that football should be about,” said All-Pro tight end George Kittle, who joined the 49ers in 2017 and quickly came to know what Staley is all about. “Everything Joe Staley has done, the things he’s shown me in the three years I got to play with him, just reinforced my love of football.”

Through six head coaches, four NFC Championship games, two Super Bowls, and multiple roster rebuilds, Staley had a prominent seat in the locomotive that steered the 49ers on a rollercoaster ride through years of torment and joy that saw the franchise sink to unprecedented depths while also reaching exciting new heights.

Staley was the only one around during that lengthy stretch to see it all, and as he leaves the team as an iconic figure in franchise lore, Staley will be remembered as a brilliant flash of light that continued to burn bright and illuminate the franchise better and longer than any other 49er of the 21st century.

He has touched all those around him with the 49ers, young and old, and new.

“I love the guy,” 49ers coach Kyle Shanahan said. “I was with Joe for three years, and he’s as good of a player and warrior and person as any player I’ve ever been around.”

Those three years since Shanahan and general manager John Lynch took over control of the 49ers operation have been a microcosm of Staley’s tenure with the 49ers, not to mention the individual that has become widely known across the NFL as one of the good guys.

Staley experienced excitement and rebirth as the 49ers won their final five games to finish 6-10 in Shanahan’s debut season, with Staley leading the way as the veteran team leader who would end the year as a Pro Bowler for the sixth time in his career.

He would experience disappointment and doubts as the 49ers slid back to a 4-12 finish in 2018, with Staley being one of the few constants in a turbulent season, starting all 16 games at left tackle for the eighth time at age 34.

Last year, in his final season, Staley would experience all the ups and downs and highs and lows and range of emotions that come with playing a major role on a terrific team headed for the Super Bowl, while at the same time fighting off a series of significant injuries that would limit him to 10 of San Francisco’s 19 total games and eventually force Staley’s decision to retire with some top performance seemingly still left in the tank.