Should They Stay Or Go? 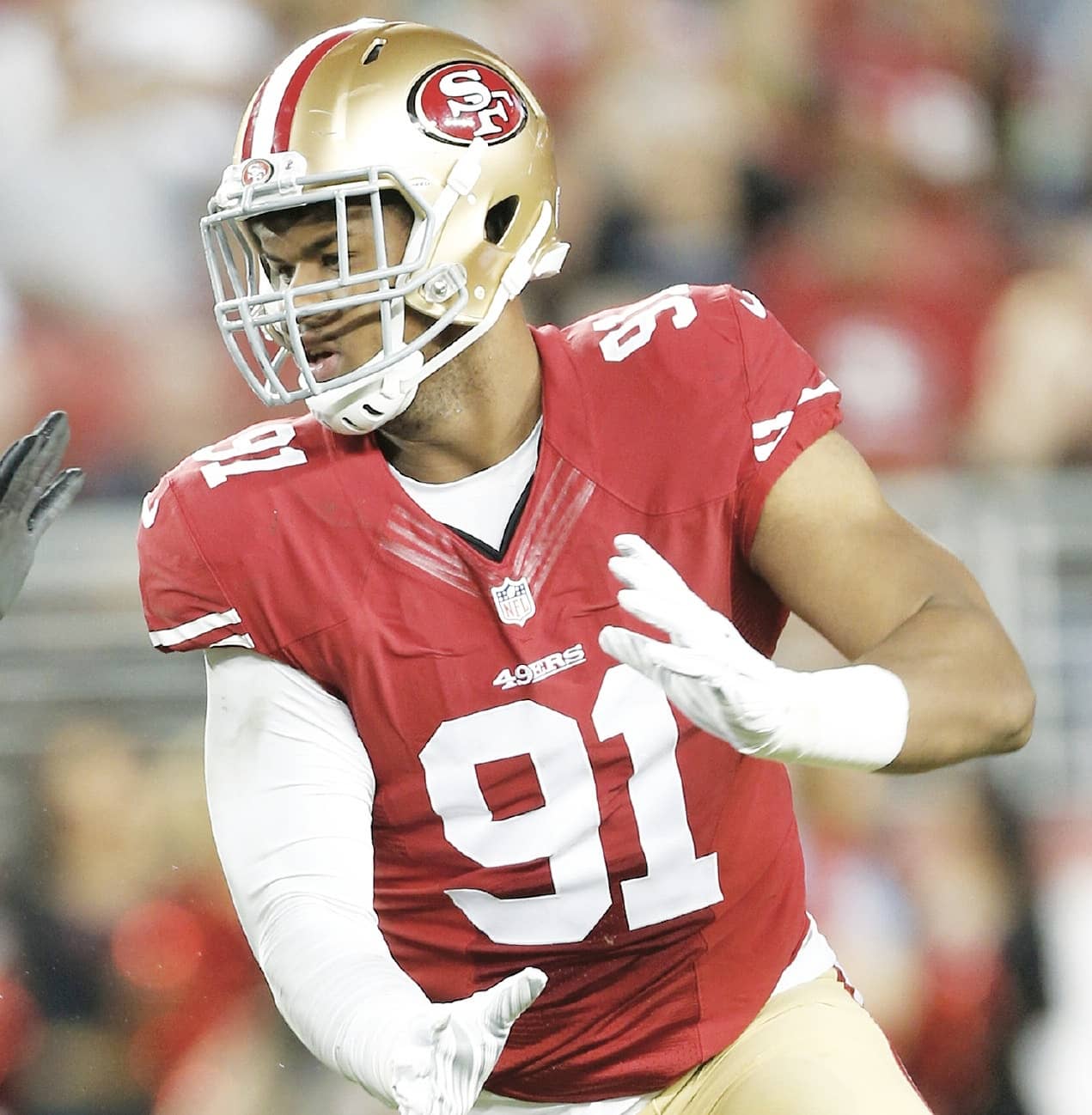 49ers should be keeping their own in free agency

The 49ers were major players in NFL free agency out of necessity during the first three years of the John Lynch/Kyle Shanahan regime, needing to dole out hundreds of millions of dollars on the open market to bring in established veteran talent to both prop up a dilapidated roster and start building a foundation for the enduring contender they envisioned their team becoming in the future.

That vision and future are now reality after San Francisco’s stunning 2019 surge back to NFL prominence, leaving the team with an entirely different outlook and approach entering 2020 free agency.

With 19 regular starters from a team that reached Super Bowl LIV under contract for 2020, and the roster behind them teeming with quality depth, the 49ers no longer are a team in need looking to fill numerous holes on the open market.

In fact, any significant holes San Francisco might potentially have in its lineup this year could be filled by the very same individuals that played prominent roles at those positions in 2019 to help get the franchise to its seventh Super Bowl appearance.

But those players have earned big paydays, and they won’t come cheaply.

And that’s the quandary for the 49ers as they take their next foray into free agency, because unlike the previous three years, they don’t have money to throw around without constraint on the open market this time.

At the end of February, the 49ers were approximately $18 million under the NFL’s adjusted salary cap for 2020, a figure that ranked 27th in the league. That leaves the team with a lot of decisions to make and a lot of maneuvering to accomplish between then and the March 18 opening of free agency for San Francisco to clear more cap space in hope of keeping its Super Bowl lineup intact — or bring in outside free agents, for that matter.

Those decisions and maneuvering will include what the 49ers should do with their long list of 22 veterans that are scheduled for some form of free agency in March — 13 of them unrestricted free agents. Here, The Niner Report examines those players and analyzes to what degree the 49ers should pursue in retaining their services.

The important decisions of 2020 free agency begin right here for the 49ers because, let’s face it, whether or not to pay for Armstead to return is the most consequential issue the team will face and toughest judgment it must make. Armstead, San Francisco’s first-round draft pick in 2015 who began his career with three disappointing seasons, made it that way by coming on strong the past two years and then enjoying a career year in 2019 during his contract season. Armstead truly became a force in the trenches last season, leading the 49ers with 10 sacks (with two more in the postseason) and recording 12 tackles behind the line of scrimmage as a consistent force against the run. That has made Armstead potentially one of the top defenders available on the open market if the 49ers let him get there. He will cost the most to retain of any impending San Francisco free agent. The question facing the 49ers is how high they should go in the bidding for a player who really has had only one impact season. The 49ers will focus on a long-term deal for Armstead, a Northern California native who says he wants to remain a 49er and is willing to work with the team and its limited cap space. That’s good news for the 49ers, who have the option of placing the franchise tag on Armstead to retain his services. But with the tag for defensive ends this year projected to be more than $18 million, that’s not a number the 49ers could realistically fit into their team structure. If that ultimately ends up as the only option for the 49ers to keep Armstead, they may have to let him go. But San Francisco will take every possible measure before then to work out a long-term deal that will keep him around. 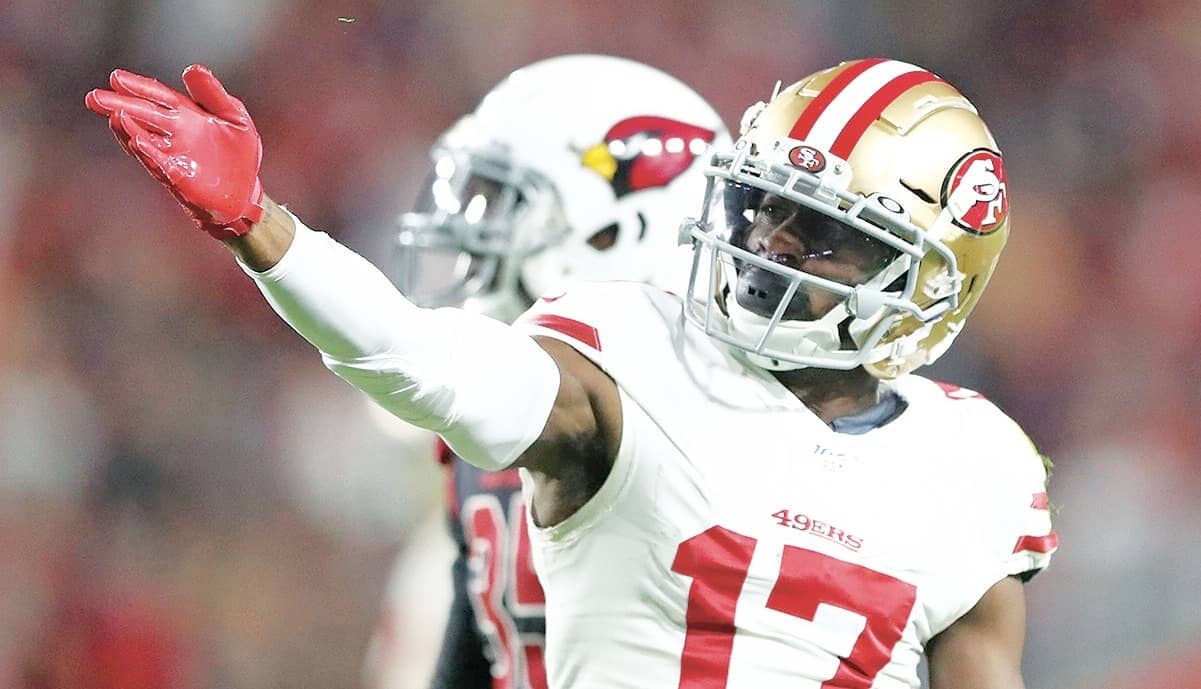 The 49ers were a different team once they acquired Sanders from the Denver Broncos on Oct. 22 for two draft picks. The 10-year veteran made that much of a difference to their offense, giving San Francisco a legitimate receiving threat that helped transform San Francisco’s passing attack while giving the 49ers another playmaking option through the airwaves to complement star tight end George Kittle and developing rookie sensation Deebo Samuel. The experience and leadership brought by Sanders also had a notable impact on San Francisco’s young receivers corps that he helped mentor over the second half of the season and playoffs. The 49ers certainly don’t want Sanders to be a one-year rental after he made his own unique imprint on the team’s special Super Bowl season. But Sanders, who turns 33 in March, will be looking for one final big payday on the open market, and that’s something that he’ll be in line for as one of the top veteran receivers available this year should he hit free agency. It could cost the 49ers more money than they may be willing to spend to keep him around, but every effort should be made to give Sanders a multi-year deal and prevent the kind of void on the roster that would be left by his departure.