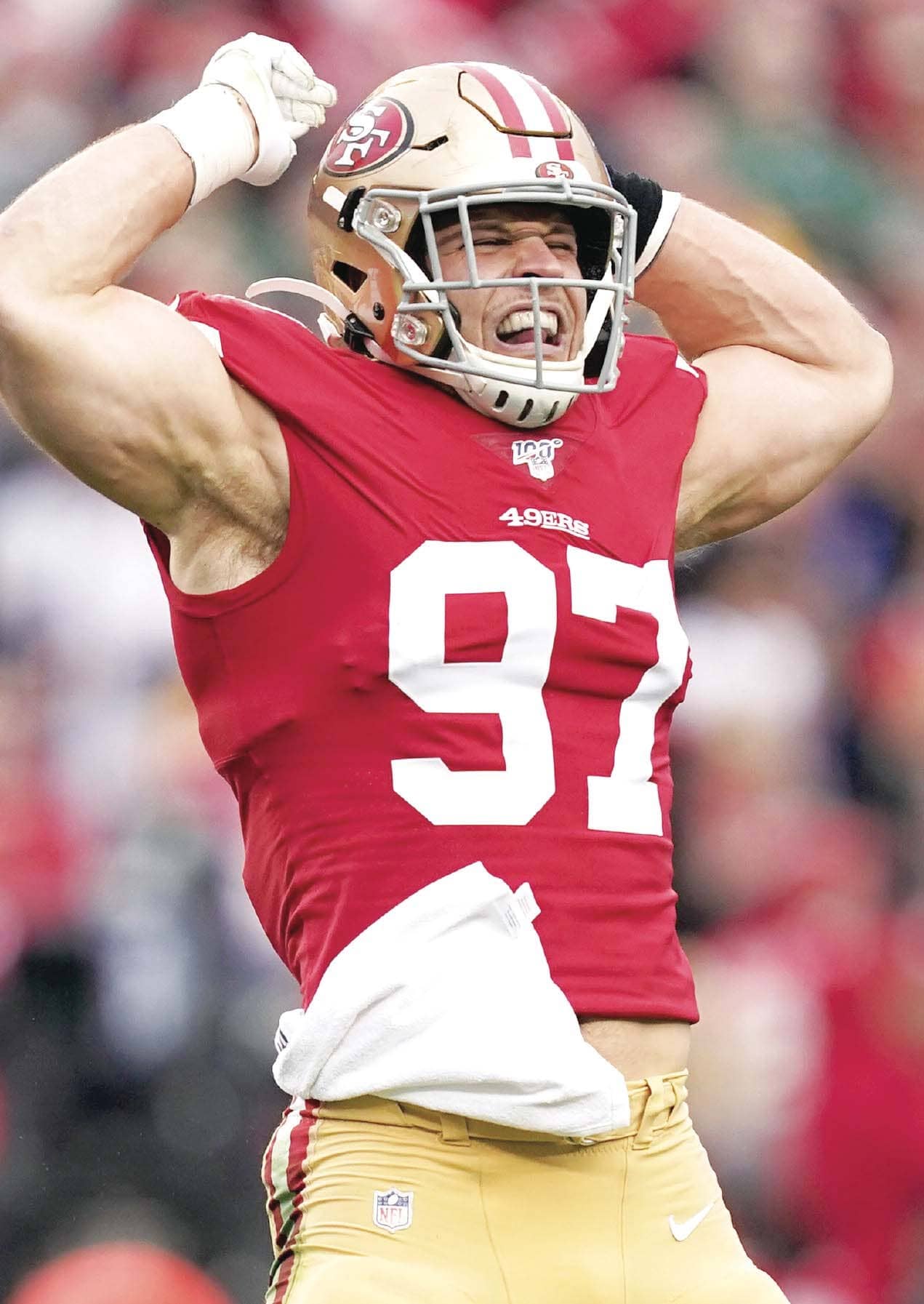 As they make their final preparations for the 2020 NFL draft, the 49ers certainly have a good idea of how it’s supposed to be done. San Francisco needs only to look back at its performance in last year’s college lottery to completely understand how big an impact can be made by one singular rookie class.

This group was one of the franchise’s best ever. And the 49ers probably wouldn’t have made it all the way to Super Bowl LIV without the prodigious and vital production provided by their special rookie Class of 2019.

In all, just nine rookies made it on to the active roster last season on a vastly-improved team — the 49ers had 14 rookies see playing time in 2018 and 17 in 2017 — but what a difference several of those rookies made when on the field as five started eight or more games and three became bona fide All-Rookie stars.

Here’s a breakdown of that extraordinary class — which included three draft picks that never played a single snap during the season — putting each youngster in categories based on performance in their debut NFL season.

DE Nick Bosa (Round 1, No. 2 overall): Quite frankly, based on the performance of his sensational rookie season, Bosa has the potential to one day be considered one of the greatest draft picks in 49ers history — and perhaps one of the team’s greatest players ever, too. Yes, Bosa’s debut pro season was that special. He was a beast in the trenches from practically the moment he stepped on an NFL field, earning his first sack in the season opener at Tampa Bay on his way to recording seven sacks in his first seven games. By that time, Bosa was receiving extra attention from defensive coordinators throughout the league, but that didn’t stop him — or even slow him — from continuing to create havoc and make an impact throughout the season.

In fact, Bosa got better as the season progressed on his way to becoming the first San Francisco player ever selected as NFL Rookie of the Year — regardless of position — while also earning NFL Defensive Rookie of the Year honors and being named a Pro Bowl starter. Bosa shattered the NFL record for most quarterback hurries by a rookie since Pro Football Focus began recording that statistic in 2006 — his 80 hurries were 14 more than ever recorded by another rookie — and he also led all NFL rookies with 25 quarterback hits while recording nine sacks during the regular season.

Bosa’s other highlights included two fumble recoveries and an athletic, leaping interception that he returned 46 yards in Week 8, and he also had 16 tackles for loss, which ranked fifth among all NFL defenders. He was even better during the postseason, recording four sacks during San Francisco’s run to the Super Bowl, the second-most in NFL history by a rookie. Bosa’s dominant performance in the Super Bowl included 10 quarterback hurries and suggested that, at the tender age of 22, he is just getting started and his best football is still to come. Which is really saying something, since Bosa finished his rookie season as a bona fide star who appears destined for even greater things.

WR Deebo Samuel (Round 2, No. 36 over all): The flashy and powerful product of South Carolina had arguably the best rookie season ever by a San Francisco wide receiver, and certainly the best for any San Francisco team that ever made it to the Super Bowl. Samuel was one of the major contributors that helped the 49ers get there, recording a franchise rookie-record for receivers with 57 catches which he turned into 802 yards — the second-most by a San Francisco rookie receiver — on his way to being named to Pro Football Focus’ All-Rookie team.