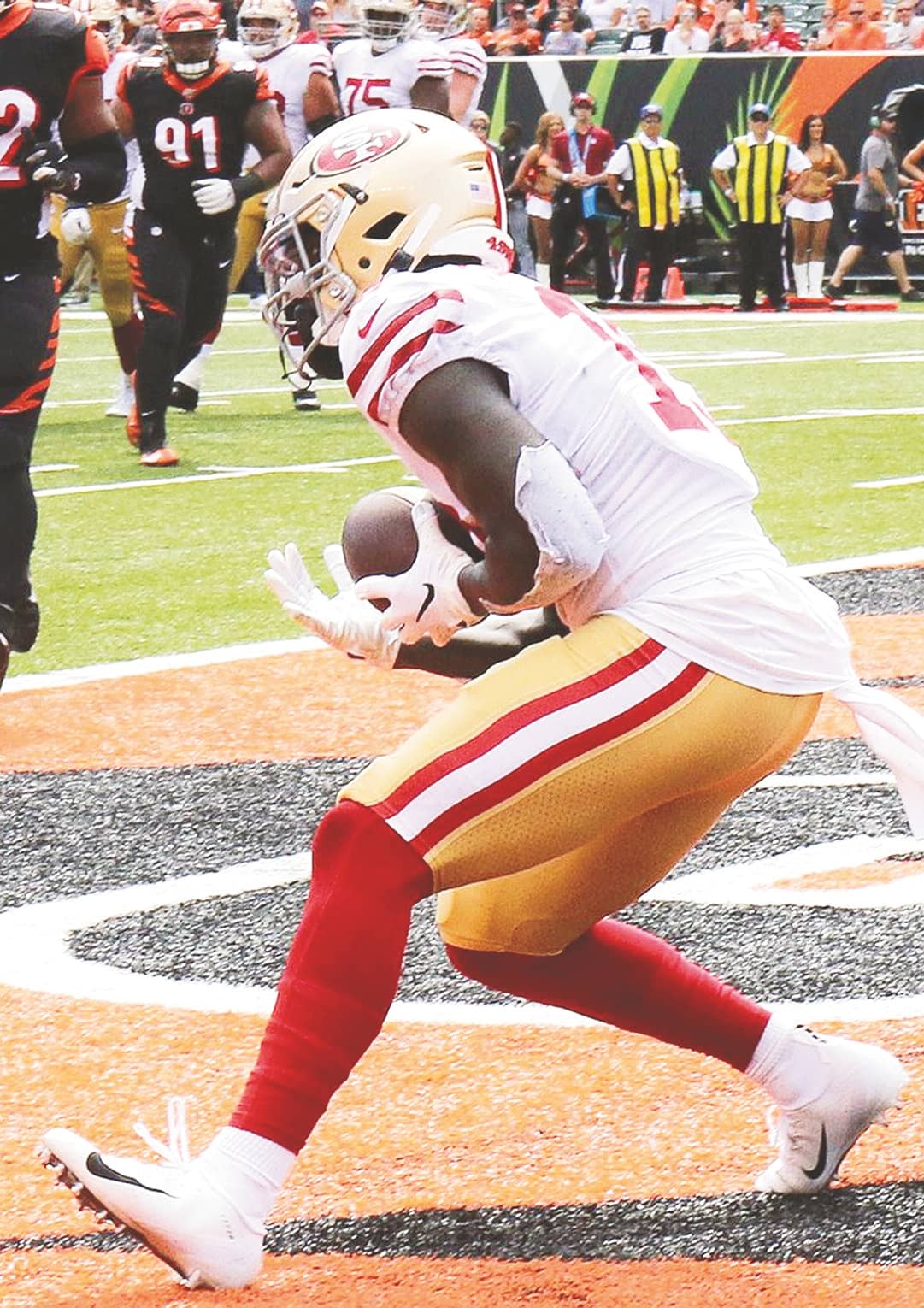 After three seasons characterized by the most extreme starting-lineup turnover in franchise history, the 49ers finally are settling in across the board with a starting unit that’s enjoying some stability.

Coming off an amazing stretch during which the 49ers had 13 new starters out of the 22 players who took the field on offense and defense in their season opener for three consecutive years, San Francisco had fewer than half that many new faces in its starting lineup this year for the team’s season opener at Tampa Bay on Sept. 8.

Now, that’s stability. And it’s the kind the 49ers have been searching for throughout the last half of this decade, ever since they were competing for NFC West titles and conference championships three head coaches ago.

Coach Kyle Shanahan and general manager John Lynch have been putting the pieces in place to build a contender since they arrived in 2017, but not many new parts were needed this year for the team’s leadership tandem to feel comfortable with a lineup they feel has the team set up to win.

But there are some notable changes from last year, mostly with newcomers brought in by the organization during the off season to fill specific positions and roles. Five of San Francisco’s six new starters on offense and defense against the Buccaneers were brought in earlier this year during free agency or the NFL draft, with the other starter a young player getting an opportunity to step in due to a recent injury to a projected starter.

The 49ers also have a newcomer to handle their punting duties in rookie fourth-round draft pick Mitch Wishnowsky — just the third regular punter to kick for the 49ers in the past 15 years.

Here, the Niner Report takes a look at every new starter — and the new punter — and where each stands as the team moves through the early part of its schedule, giving a bottom-line determination whether San Francisco is better or worse at the position now than the 49ers were when the season started last year.

The 49ers used the No. 36 overall selection of the 2019 NFL draft on Samuel to have him come in and immediately challenge for a starting position for a team desperately searching for more firepower and consistency at the wide receiver position. Mission accomplished. After a solid summer during which he gave plenty of glimpses of his playmaking ability, Samuel was tabbed as the wideout starter to replace the departed Pierre Garcon, who never panned out for the 49ers as a No. 1 receiver despite the team giving him a $47.5 million deal in 2017 free agency. The 49ers had been grooming second-year wideout Dante Pettis — the team’s second-round draft pick in 2018 — to start opposite incumbent starter Marquise Goodwin this year and probably would have preferred to bring Samuel along more slowly. But when Pettis struggled with injuries and inconsistency this summer, it was an easy decision to move the more athletic and explosive Samuel into the starting role to begin the season. Samuel did not disappoint when given the opportunity, leading all San Francisco wideouts with three receptions in the season opener, then breaking out with a team-leading five receptions for 87 yards — scoring the first touchdown of his NFL career on a 2-yard pass from Jimmy Garoppolo — to go along with two carries for seven yards rushing in San Francisco’s 41-17 rout over Cincinnati in Week 2.

The bottom line: Samuel doesn’t have the experience or sure hands of Garcon — yet — but he clearly is a playmaker and legitimate threat whose career is just beginning to ascend while Garcon already was on the decline. Samuel quickly is showing the ability to be the kind of productive go-to receiver the 49ers haven’t had on their roster since Anquan Boldin left the team after the 2015 season.