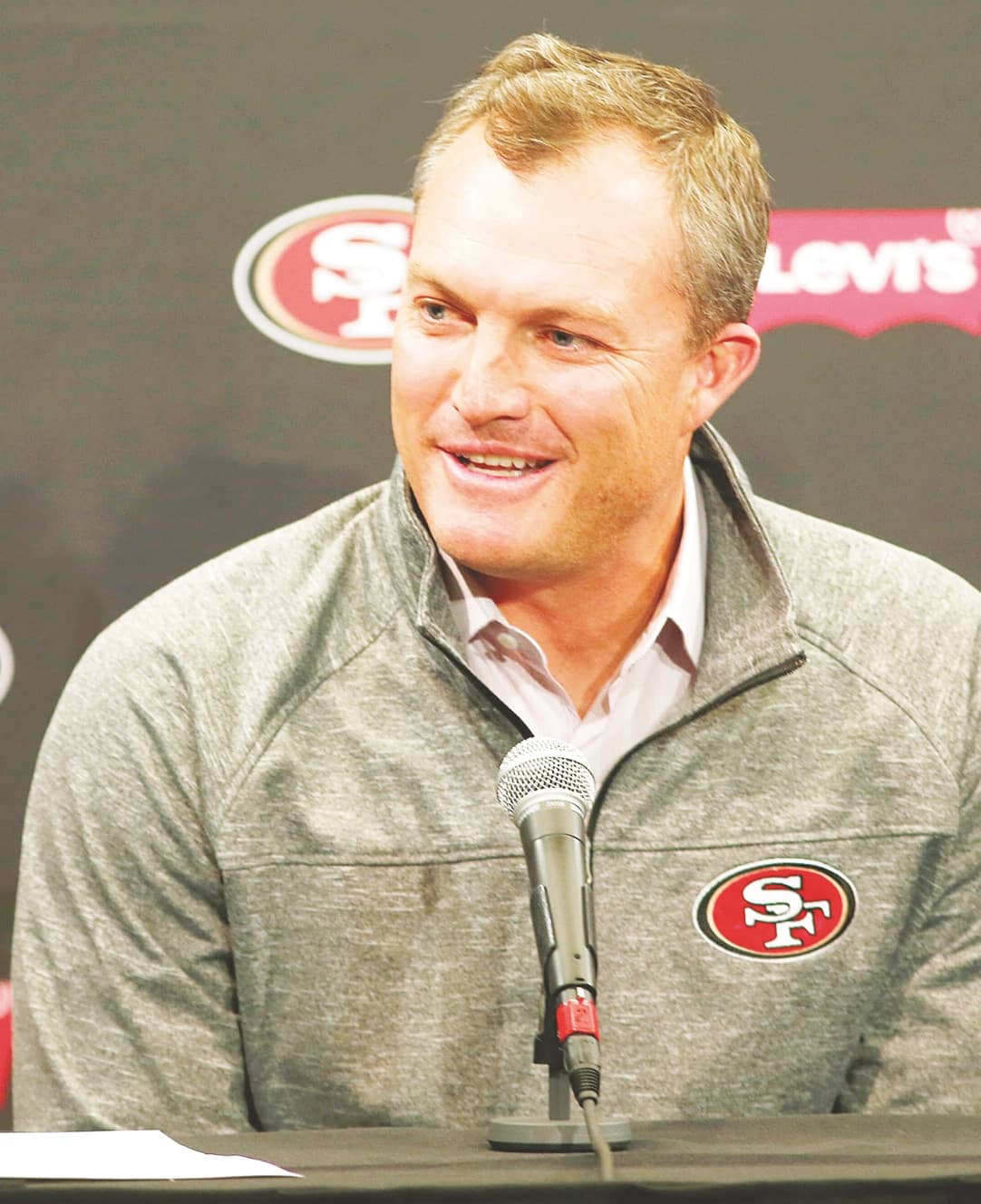 2019 49ers have best roster of Lynch/Shanahan era; how much better could it be?

Resilient, unwavering and relentless, the John Lynch/Kyle Shanahan leadership team has valiantly marched on through three years of personnel hits and misses to determinedly build the 49ers, using all the vast resources available to systematically bring in the best talent they can find and the best talent they can persuade to come to San Francisco.

Finally, as they enter the all-telling third year of their program — a season sure to enlighten whether or not they are in over their heads running an NFL team — San Francisco’s first-time general manager and first-time head coach agree they have stockpiled enough quality performers and strengthened the talent base enough to give the 49ers a legitimate chance to compete for a playoff berth during the 2019 season.

That has been the goal since the duo took control of the operation in 2017, and as their season of reckoning arrives, Lynch and Shanahan are comfortable letting all their work constructing the roster speak for itself.

“We believe we are there,” Shanahan said a few days before the start of the regular season. “I’m extremely happy with where we are right now. You’ll never be satisfied, you always want to keep getting better. But the main thing is you get better each year, and we’re in a situation right now that we haven’t been in before. We know we have a good chance to win.”

Just as importantly, Shanahan said, that’s a feeling that permeates the San Francisco roster thanks to the upgrades and reinforcements that have been added steadily to it since the Lynch/Shanahan team arrived.

“That’s not just because you make statements like that, or you say you should be there in Year 3,” Shanahan said. “I think our guys … lip service doesn’t do much for players. They see the guys next to them, they feel the players out there, they know how much harder competition was throughout, how much harder just deciding on the 53(-man roster) is. They know there were some good players who we let go of because they couldn’t make our 53 although they are good enough to be in the NFL.”

That’s exactly where the 49ers want to be as they attempt to end a stretch of five consecutive seasons without a winning record with a promising roster dotted with Pro Bowl veterans now reaching — or still at — the top of their game such as offensive tackle Joe Staley, fullback Kyle Juszczyk, cornerback Richard Sherman, defensive linemen DeForest Buckner and Dee Ford, linebacker Kwon Alexander, tight end George Kittle and kicker Robbie Gould.

Add to that list a potential franchise quarterback in Jimmy Garoppolo — along with rising young talents ready to ascend to the next level such as tackle Mike McGlinchey, linebacker Fred Warner, running back Matt Breida, defensive lineman Nick Bosa, punter Mitch Wishnowsky, wide receiver Deebo Samuel and perhaps a host of others — and the 49ers might actually have the kind of roster they will need to get where they want to go.

But that just makes you wonder where the 49ers could be now if they hadn’t misfired so often with numerous other consequential personnel decisions the team has made since Lynch and Shahanan began spending hundreds of millions of the York family’s dollars and utilizing a bonanza of draft picks beginning in 2017.

The recent release of veteran linebacker Malcolm Smith, Aug. 27, two days before the team’s final exhibition game, magnified the big mistakes and errors in judgment the 49ers have made since Lynch and Shanahan were given a clean slate and open checkbook to reconstruct the team from the ground up.

Smith, the MVP of Super Bowl XLVIII while playing for Seattle, had that one great achievement on his resume and had been an adequate starter the previous two years with Oakland when the 49ers signed him to a lucrative five-year, $26.5 million contract with $11.5 million guaranteed in 2017 free agency, expecting him to become a ringleader at middle linebacker in their new 4-3 scheme being introduced that year by new defensive coordinator Robert Saleh, who had worked with Smith previously in Seattle.