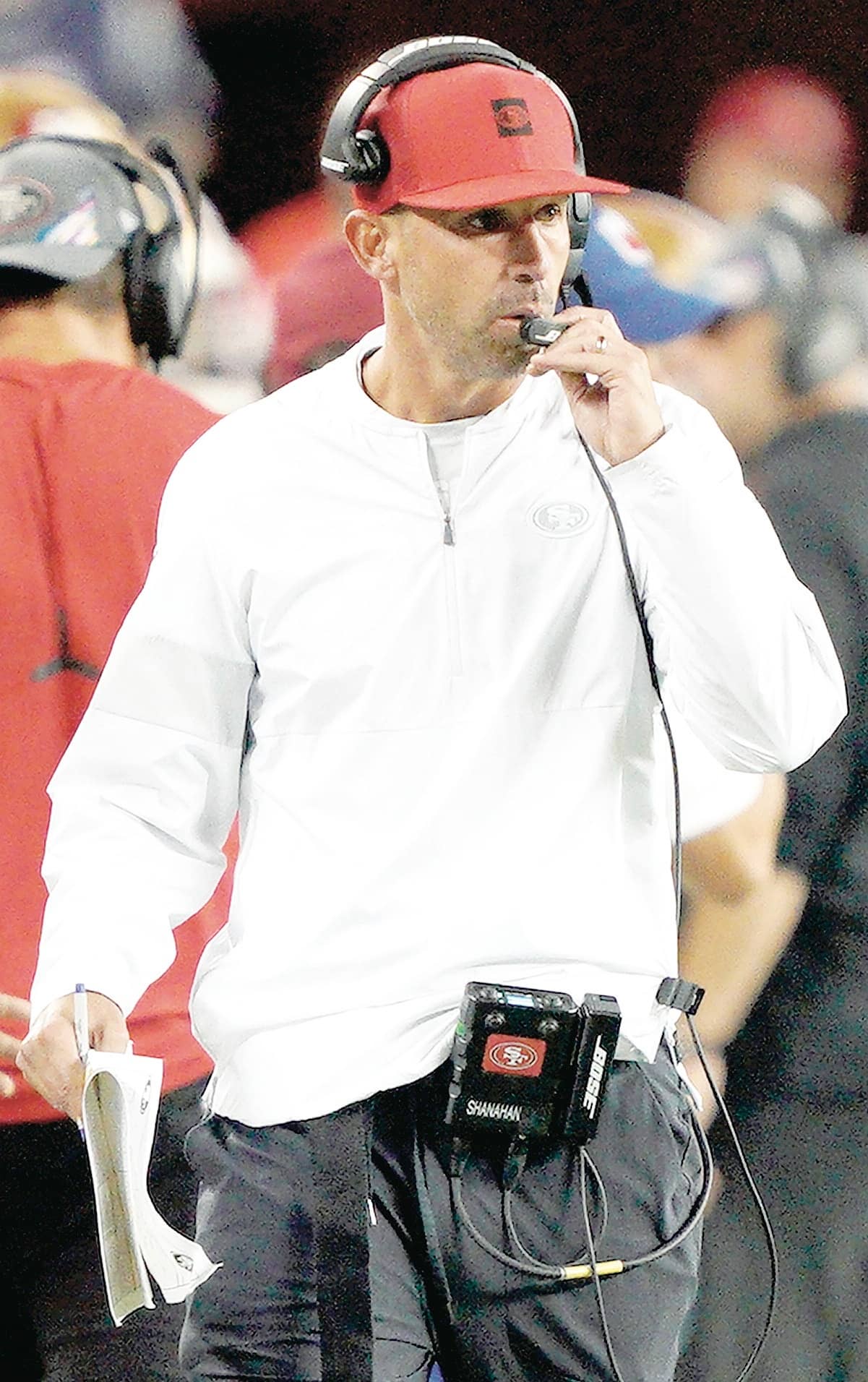 How did the 49ers take the gigantic leap from the outhouse to the penthouse in so short a period of time this year, seemingly skipping several steps along he way? Let us examine the ways with the major factors that have turned San Francisco from a struggling operation nobody was much excited about entering this season into the talk of the NFL and a team nobody wants to face during the upcoming playoffs.

STAYING THE COURSE: The Jimmy Garoppolo-fueled 5-0 finish to the 2017 debut season of the Kyle Shanahan/John Lynch regime suggested the 49ers were quickly on their way and primed to be a contender and the NFL’s new darlings in Year 2 of the rebuild. That’s not how it worked out. Instead, the team regressed from 6-10 to a 4-12 finish last season, tied for the second-worst record in the league. There was an extensive list of factors that contributed to the backslide, particularly a slew of significant injuries, but it shook the new foundation that had been established and raised questions whether Shanahan and Lynch were adept enough in their new, demanding first-time roles. But both men remained true to their plan to build the team and revitalize the organization, aggressively pursuing new personnel and fresh talent until they got it right. The 49ers’ rebirth and rise to powerhouse status this season suggest they actually were getting it right all along.

D-LINE DOMINANCE: Topping the list of on-field developments is the rise of a San Francisco defensive line that has been both fearsome and dominant throughout the season before injuries began to take a toll late in the year. The arrival of free-agent newcomer Dee Ford and first-round draft pick Nick Bosa provided the missing ingredients to a formula that quickly transformed San Francisco’s defensive front wall into one of the NFL’s very best. The 49ers harassed opponents and held up stout against the run with a deep rotation of nine contributing players that kept the front-line regulars of Bosa, Arik Armstead, DeForest Buckner and D.J. Jones fresh. That is, until the lingering knee problems of Ford and season-ending injuries to Ronald Blair in Week 10 and Jones in Week 14 began taking some steam out of a juggernaut unit that has been an out-front-and center in leading the 49ers forward most of the season.

SACK ATTACK IS BACK: The 49ers produced 37 quarterback sacks last season, a figure that tied for 22nd in the NFL, and the team’s pass rush was typically even worse than that middling number might suggest, often disappearing in key sequences when San Francisco desperately needed to put some heat on the quarterback. It’s been a notable reversal this year with Ford and Bosa in the fold, as the focus necessary by opposing offenses on those two players created opportunities galore for others. Armstead, in particular, has taken advantage, playing at a Pro Bowl level much of the season and leading the team with 10 sacks through 13 games. Bosa, Ford and Buckner also each had 6.5 sacks or more entering the season’s final two games as the 49ers have pushed up among the NFL team leaders in sacks recorded, which also has led to an NFL-leading 20 forced fumbles by San Francisco.

SHANAHAN THE WIZARD: Finally settling into his difficult dual role of head coach an offensive coordinator, Shanahan is flourishing this season with his game plans that are leaving opponents floored and befuddled on practically a weekly basis. This is one of the NFL’s best play-callers in his element and in his prime, using misdirection, motion, detailed alignments, receiver-option passes and just about every trick in the book to confuse opponents and put San Francisco’s players in optimum situations to make plays. San Francisco’s turnaround season has made Shanahan a top candidate for NFL Coach of the Year honors through December, but consistently sending out innovative plays for his offense to execute is where Shanahan is truly making the 49ers better and elevating his reputation.