IT'S GOOD TO BE GEORGE 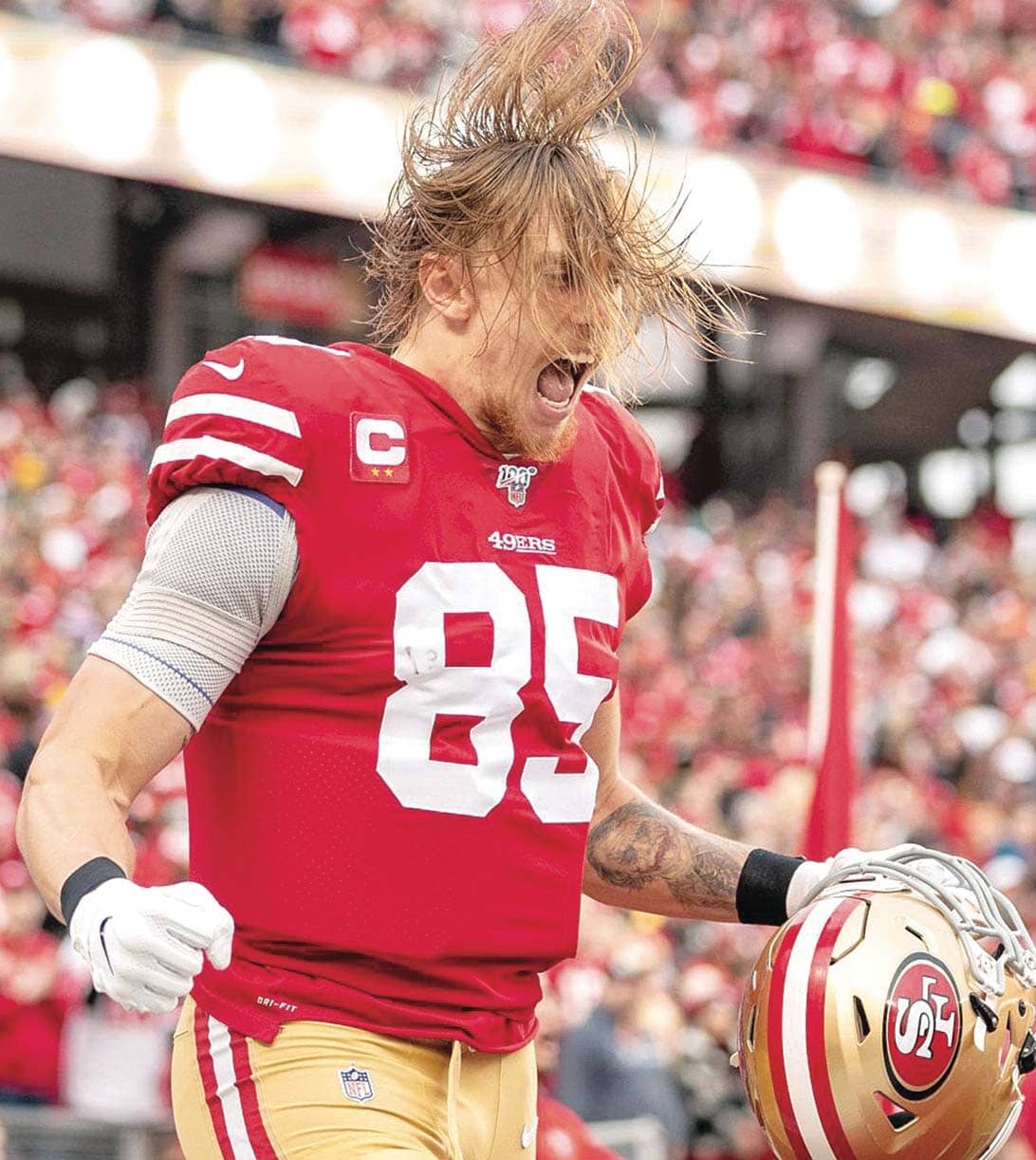 Kittle headed for record payday … but when?

He has gone where no tight end in NFL history ever has gone before him, and he’s done it in his own inimitable, flamboyant, swashbuckling and electric style, aggressively slamming into opposing defenders both with and without the football, but doing it with the panache that suggests a certain elegance and flair despite the basic rawness of the sport he plays for a living.

George Kittle does it his way.

And only one way.

He’s as all-out and all-in of a professional football player as you will ever see, but it isn’t just Kittle’s driving work ethic and commitment to excellence that sets him apart from the NFL average.

No, Kittle is something extra and beyond. After just three seasons with the 49ers, he has developed into a special kind of talent.

Unicorns aren’t real, but Kittle sure is, and Bechta’s inference is both obvious and understandable. Just like the definition of the unicorn, Kittle is “something that is highly desirable but difficult to find or obtain.”

Kittle runs routes and catches passes like a wide receiver, but he mixes it up in the trenches like an offensive lineman with his powerful blocking.

Both characteristics have made Kittle indispensable to a San Francisco offense that climbed from 16th in the NFL in total offense in 2018 to fourth in the league in that department last season with Kittle leading the charge as the unit’s shining star and top playmaker.

Every team in the NFL would like a George Kittle. The 49ers have him and want to keep him, and Kittle wants to keep with the 49ers. Each of those elements come into play now that Kittle comes to training camp this summer preparing to play on the final season of his original rookie contract.

Kittle already has transcended his position in a short period of time, and everybody agrees he should be getting paid for it, certainly paid much more than the $2.133 million in base salary he is scheduled to make this season through the league’s proven performance escalator.

That brings up an intriguing set of questions relevant to Kittle and his current situation.

Will he become the highest-paid tight end in NFL history?

Will he become the greatest tight end in 49ers' history?

Will he become the greatest tight end in NFL history?

The first is practically certain to happen, the second may be happening right now before our very eyes, and the third certainly seems within reach as Kittle continues to tap his limitless potential at age 26 and keeps reaching for the stars.

He’s not about to let a worldwide pandemic slow him down.

Barred like all other NFL players from his team’s training facility due to the novel coronavirus, Kittle spent much of the offseason training on his own at his home in Nashville, Tennessee, where Kittle’s parents and wife Claire turned Kittle’s cavernous garage into a gym that had “everything I need that would be at any other gym,” Kittle said recently, “so I don’t have to go anywhere else to train, which is really fun because I’m spending time with my family.”

Just like about everything else with Kittle, he takes training seriously as he prepares for the most uncertain of NFL seasons.