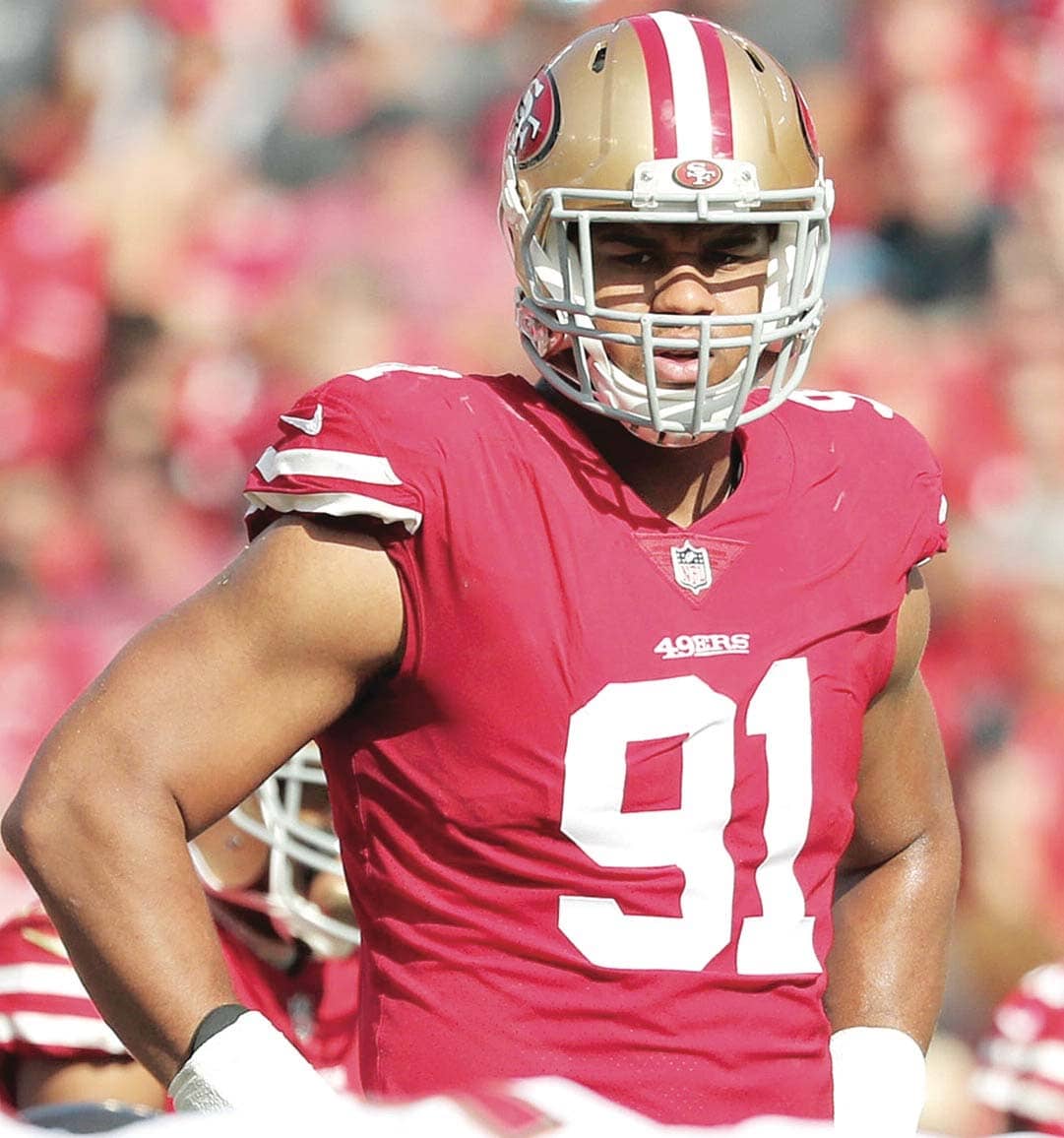 The 49ers entered 2020 NFL free agency intent on keeping together a rising team that unexpectedly made it all the way to Super Bowl LIV last season after sputtering to a four-win season the year before.

Mission accomplished. Almost. The 49ers pointedly worked to keep around their own throughout the opening stage of free agency in March, when practically every move they made had to do with retaining the same players that took them last season to the pinnacle of NFL success.

Of the 22 veterans that were headed for some form of free agency this year, the 49ers had either signed or tendered offers to a dozen of them — and most that were vital to the team’s 2019 chemistry and prosperity.

Only one big name was missing. Of their three front-line starters eligible for unrestricted free agency — San Francisco’s other 19 starters on offense and defense from last season already were under contract for 2020 — the 49ers were able to re-sign defensive lineman Arik Armstead and free safety Jimmie Ward after their breakout seasons to contracts worth a combined $113.5 million.

But that left not enough in the team’s monetary reserves to bring back wide receiver Emmanuel Sanders, whose appearance in San Francisco after a midseason trade revitalized the team in general and the offense in particular, setting up the 33-year-old veteran for one final big payday in free agency. Sanders got that from the New Orleans Saints instead of the 49ers.

But otherwise, the 49ers had to be pleased with what they were able to do despite their limited salary cap space — which was less than all but a handful of NFL teams entering March — as San Francisco retained five of its own unrestricted free agents, two of its three restricted free agents and five exclusive rights free agents to continue growing with its talented roster.

The 49ers added to that haul with a sprinkling of inexpensive veterans who came to the team on one-year deals to fight for playing time and provide depth at each of their respective positions.

Here’s a review and individual breakdown of the 49ers’ high-volume activity into early April:

DL Arik Armstead: After a breakout 2019 season made him one of the most attractive players regardless of position available in 2020 free agency, not many believed the 49ers would be able to retain Armstead, particularly with the team’s need to start looking toward the future and making plans to pay its young stars who were nearing their second NFL contracts. Instead, the 49ers made Armstead their No. 1 priority and took him off the open market before he could even get there, handing their 2015 first-round draft choice a blockbuster five-year, $85 million contract extension that included a $17.5 million signing bonus and $45.85 million in guaranteed money. That’s quite a hefty price for a player who had just one impact season during his first five years in the NFL, but Armstead earned it last year with his prowess against the run and his career-high and team-leading 10 sacks during the regular season. Armstead played a major role in San Francisco’s formidable defensive front that during the season developed into one of the NFL’s very best, starting each of the team’s 19 games at both end positions while also displaying the ability to move inside in certain alignments. Whether Armstead is worth that kind of money or not is still to be determined, but the 49ers are confident he will continue his career ascent as a foundational player on a championship-caliber roster.

S Jimmie Ward: Banged up and broken down throughout his first five NFL seasons — four of which ended with Ward on injured reserve, with him missing 29 games during that span — Ward rewarded the 49ers for their faith and patience by mostly avoiding injury while prospering at free safety as a hard-hitting, sure-tackling, coverage-savvy last line of defense for a San Francisco team that led the NFL in pass defense and surrendered fewer big plays in the passing game than any other NFL team. After giving some positive glimpses in previous years, Ward finally showed everybody why he was a first-round draft pick back in 2014 with his quality all-around play that became a staple and strength of a San Francisco defense that ranked second in the NFL. After finishing the season grading out as Pro Football Focus’ sixth-ranked safety, Ward proved that he is one of the best at his position when healthy. Thus, the 49ers put further faith in Ward by signing him to a three-year, $28.5 million deal that will keep San Francisco’s starting secondary from last season intact.