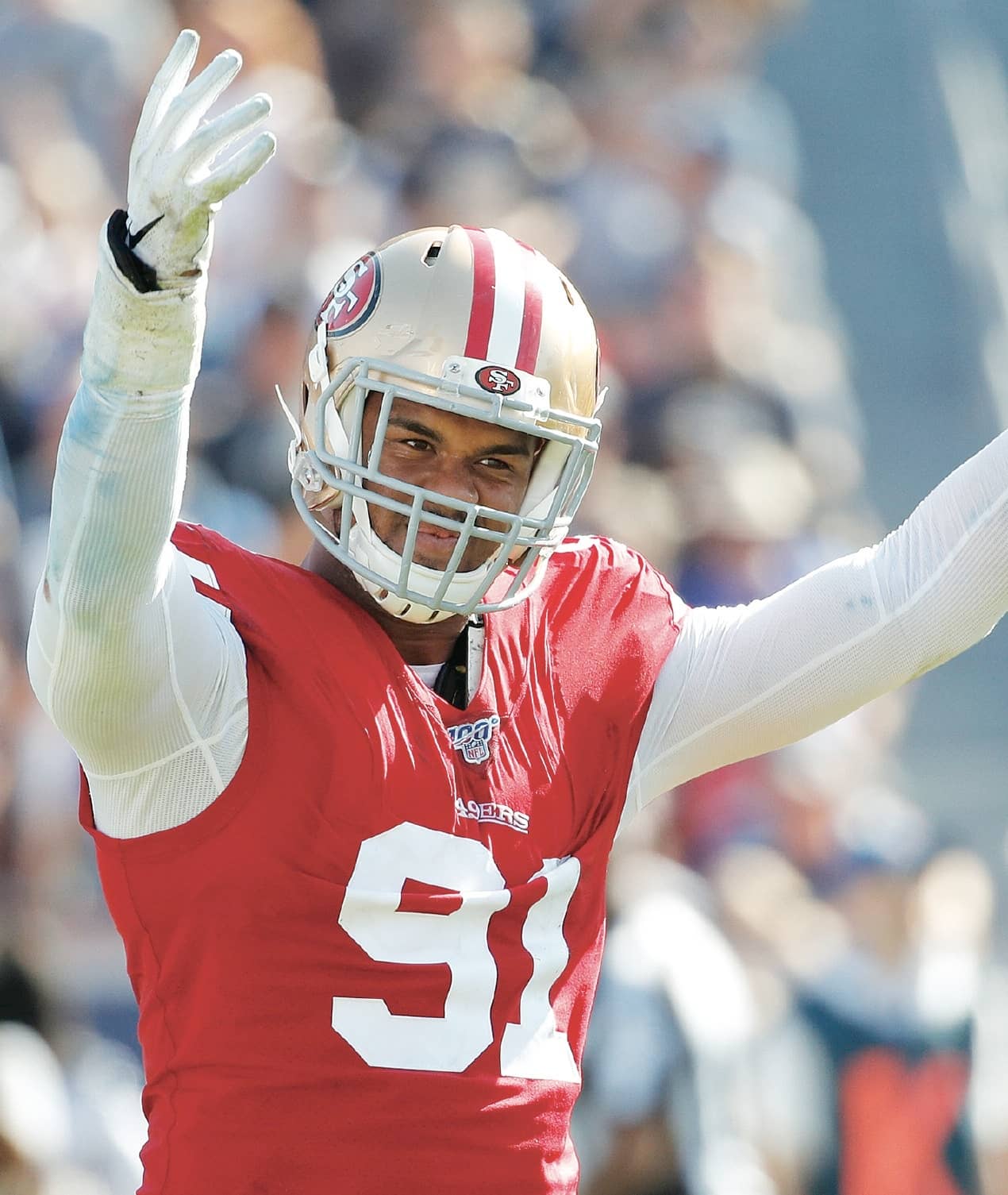 49ers under microscope as season winds down

The 49ers have built something here. San Francisco has advanced far beyond the reconstruction stage, assembling a balanced roster that is built to last and not only reach the playoffs, but contend for championships once there. That recent development has upgraded the talent throughout the roster, providing increased competition for jobs and leaving several 49ers veterans perhaps playing for their place in the team’s future plans as San Francisco hits the final stretch of its exhilarating turnaround season. In several cases, it won’t be a matter of whether the 49ers would like certain players to return, but more a question of whether the high standard of play by those veterans in 2019 has pushed them out of San Francisco’s price range with the team knowing it will need to pay its budding young stars in the future. Here, The Niner Report takes a look at eight key 49ers veterans who will be under the microscope down to the finish of the season. These are individuals that could be playing down the homestretch and into the playoffs for their futures in San Francisco — and in some cases, even their NFL careers — and we analyze the reasons that is so with each particular player.

Even though their No. 1 draft pick of 2015 had been a considerable disappointment through his first three injury-plagued seasons in the NFL, the 49ers picked up Armstead’s fifth-year option of $9.046 million last year while Armstead was emerging with by far his best season, starting all 16 games and recording career highs in tackles and sacks. This season, Armstead has fulfilled his potential as much as anybody on the team, becoming a central force in a San Francisco defense that has taken the NFL by storm. Armstead had a team-leading 10 sacks through 13 games and also has been a force against the run, ranking second on the team behind Nick Bosa with 11 tackles for loss. Quite simply, Armstead has become an impact player in his fifth NFL season, a 26-year-old homegrown talent the 49ers certainly would like to keep around as a foundational player for the future. Despite that, the team will be watching closely to see if Armstead can maintain his level of play and finish strong, because he will demand a huge payday when he hits free agency next year. Armstead has played himself into a big contact and will be one of the top free agents available on the open market at a premium position if the 49ers don’t extend his contract before free agency begins. The 49ers ultimately will have to put a number on Armstead’s worth, because the franchise tag for defensive ends is projected to be $17.95 million in 2020. As much as anybody on the team — and in a greater sense, the NFL — Armstead will be playing for the money down the stretch and into the postseason.