AROUND THE NFC WEST 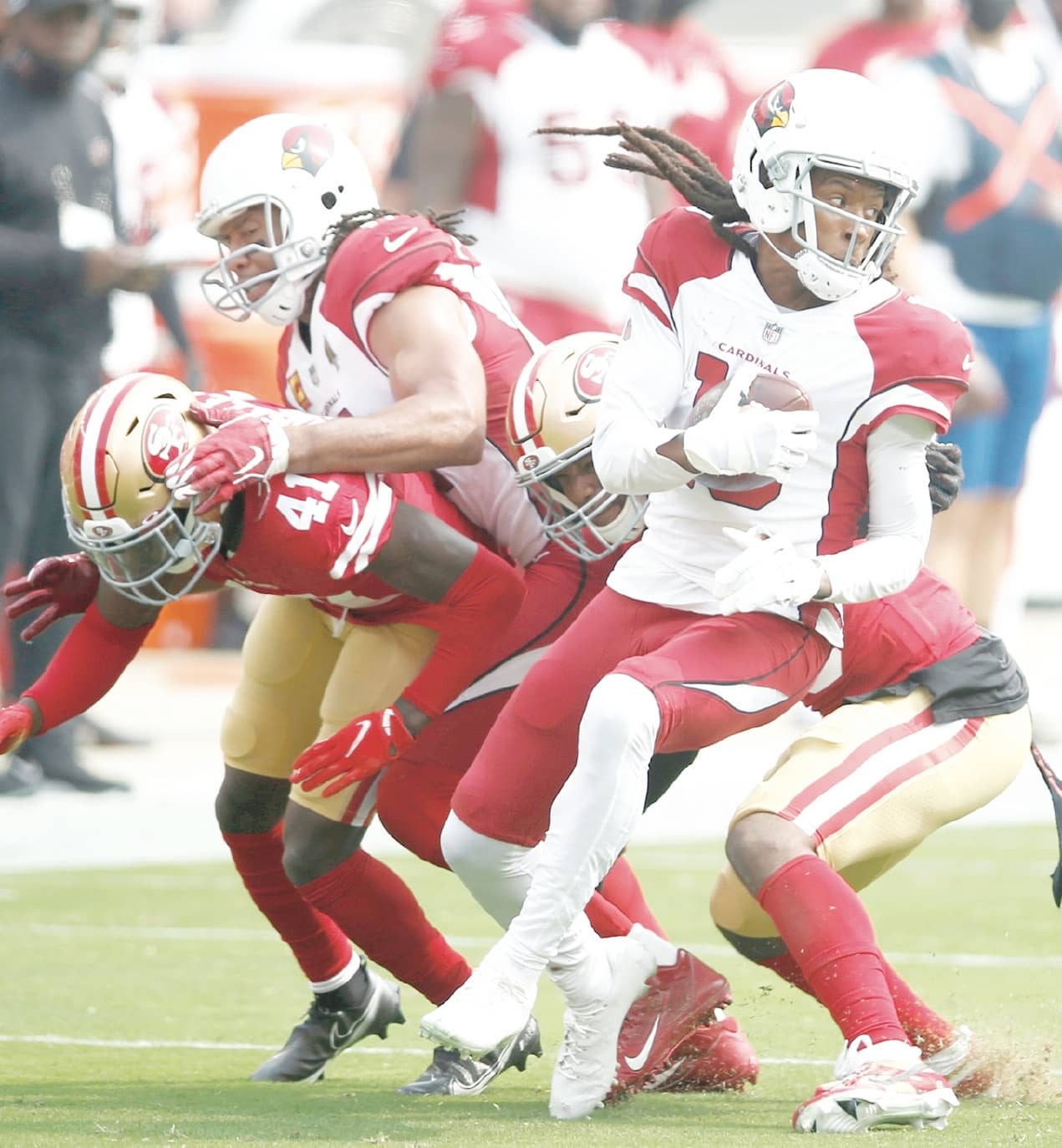 The NFC West division was tough enough already. But after the 49ers and Seattle Seahawks combined for three playoff victories last year — and the Los Angeles Rams also would have advanced to the postseason if the NFL’s new expanded playoff format had been implemented last year — the wild West looks even tougher this year, universally considered as the toughest division in the entire league with the Arizona Cardinals also an up-and-coming team. The NFC West promises to be a veritable battle royale this season, and here’s a look at what’s new and what’s different from last year while reviewing San Francisco’s three divisional rivals moving into the early stages of the 2020 season.

SEASON OUTLOOK: The Cardinals were the best last-place team in the NFL in 2019 — another testament to the strength of the NFC West, where Arizona had the only losing record — and look to take the next step toward playoff contention this year behind a young nucleus led by flashy sophomore quarterback Murray and augmented by some big-time offseason additions.

The Cardinals took a major leap in that direction with their stunning 24-20 upset over defending NFC champion San Francisco on the road to begin the season, erasing an early 10-0 deficit and coming from behind twice in the fourth quarter to steal the victory after the 49ers swept Arizona in two close contests last season.

Murray, the 2019 NFL Offensive Rookie of the Year, was the catalyst, running circles around the San Francisco defense and keeping plays alive with improvised scrambles while rushing for a game-high 91 yards and also passing for 230 yards. Coach Kliff Kingsbury’s spread offense is being built and developed around Murray, whose unique skills and quick release can create a lot of problems for opponents.

The Cardinals gave Murray a prize piece to work with when they executed one of the biggest — and perhaps most lopsided — trades of the NFL offseason, bringing in four-time All-Pro wide receiver Hopkins while ridding themselves of the suffocating contract of featured running back David Johnson. Drake and Edmonds give the Cards a strong 1-2 punch in place of Johnson, and Hopkins’ impact was both obvious and game-changing in the opener, when he burned the 49ers for 14 receptions and 151 yards receiving while also setting up the winning touchdown.

With an offensive line that returns four of five starters in front of Murray, the Cardinals will score points and could improve greatly on their No. 21 ranking in NFL total offense last season. That could make Arizona one of the league’s surprise stories and even a legitimate contender in the strong NFC West if the Cards can show improvement and consistency on defense.

That’s a big if. The Cardinals ranked dead last in the NFL in total defense last year and 28th in most points allowed. Arizona did something about its defensive inadequacy during the offseason, addressing the lack of talent on that side of the ball by bringing in three defensive starters in free agency and selecting the versatile Simmons with the No. 8 overall pick in the NFL draft. Simmons was a safety, slot corner, linebacker and rushed the passer at Clemson, where he was one of the nation’s premier defenders last year. The Cards will find a place for Simmons and let him do his thing.